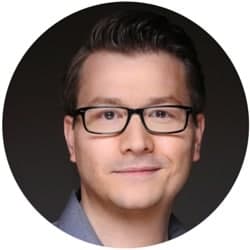 Since the hateful attacks in Paris last Friday there has been a lot of soul-searching about the type of Islamist terrorism we are confronted with and what can be done about it. A lot of commentary, including on Social Europe, has identified Western policies as a root cause of the problem.

Western actions over recent decades have been misguided in many instances and have created problems and instability. But let me be absolutely clear: to implicitly or explicitly suggest that “responsibility” for these attacks somehow lies with the French or any other Western government is completely inappropriate and misguided. The responsibility for the indiscriminate mass-murder of innocent civilians solely lies with the perpetrators. We are not “reaping the whirlwind”. There should really be no confusion about this basic fact.

What should be done in the aftermath of this tragedy? I think addressing two points is key. First, we need to isolate extremists from the vast majority of peaceful Muslims. Those who now try to intermix the discussion about the Paris attack with the refugee crisis are just trying to stir up xenophobic stereotypes. These terrorists are exactly the kind of people that Syrian refugees are fleeing from! Creating a general climate of suspicion against Muslims is indeed what these terrorists want so that the socially excluded and marginalised can be radicalised and won over for their cause. We mustn’t allow this! The vast majority of Muslims are victims too and they need to be more firmly integrated into a broad societal coalition against extremists.

These relatively few extremists must then, however, be fought with all means at the disposal of democratic states. The fact that a lot of these terrorists are home-grown with international networks makes this a hard task but in most cases they seemed to have been known to the authorities. It is therefore also a matter of increasing state capabilities. I am certainly no fan of armed conflict but the use of force under the framework of international law should not be excluded in this context either.

The second point concerns what we know as multiculturalism. We need to get a better and more widely shared understanding of what we mean by this. I have always been a great supporter of open societies and have natural cosmopolitan instincts. But multiculturalism is not the same as cultural anarchy – a situation in which everybody lives according to their own rules and customs disregarding other cultural groups they share a country or continent with. Multiculturalism must mean freedom of cultural expression and mutual cultural enrichment within an accepted framework.

This framework is essential to the identity of a country – or indeed Europe – and is determined by the constitutional setup – what Jürgen Habermas called Verfassungspatriotismus (constitutional patriotism) – at the most fundamental level but also the basic values that the vast majority of the population cherishes. And yes, this means that the multicultural framework in a country with a Christian cultural heritage (most of this is cultural rather than religious in any meaningful sense) is different from what we can expect elsewhere.

In such a framework, a Muslim in Germany must of course not be discriminated against and must be able to enjoy religious freedom. But if some interpretations of Islam include discrimination against gay people or women this is simply unacceptable. In this case there is a clear necessity to adjust to and share the core values the majority of the population holds. We should be clear about this point.

Such a generally accepted framework is essential to make multicultural societies work. Its absence paves the way for parallel societies that in the end undermine society as a whole. This mustn’t be allowed to happen.

So the task ahead is very tricky:

This is just my opinion and some people will undoubtedly find one or several of my points controversial. But I get the feeling that we have reached a point at which some of these uncomfortable discussions need to be had. There are trade-offs to be made but the overarching aim is not to lose our way of life: neither to Islamist extremists nor to right-wing populists who are already trying to capitalise on the rising fear across Western societies.