Governments sometimes need to restructure their debts. Otherwise, a country’s economic and political stability may be threatened. But, in the absence of an international rule of law for resolving sovereign defaults, the world pays a higher price than it should for such restructurings. The result is a poorly functioning sovereign-debt market, marked by unnecessary strife and costly delays in addressing problems when they arise.

We are reminded of this time and again. In Argentina, the authorities’ battles with a small number of “investors” (so-called vulture funds) jeopardized an entire debt restructuring agreed to – voluntarily – by an overwhelming majority of the country’s creditors. In Greece, most of the “rescue” funds in the temporary “assistance” programs are allocated for payments to existing creditors, while the country is forced into austerity policies that have contributed mightily to a 25% decline in GDP and have left its population worse off. In Ukraine, the potential political ramifications of sovereign-debt distress are enormous. 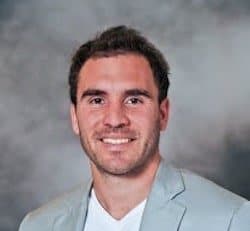 So the question of how to manage sovereign-debt restructuring – to reduce debt to levels that are sustainable – is more pressing than ever. The current system puts excessive faith in the “virtues” of markets. Disputes are generally resolved not on the basis of rules that ensure fair resolution, but by bargaining among unequals, with the rich and powerful usually imposing their will on others. The resulting outcomes are generally not only inequitable, but also inefficient.

Those who claim that the system works well frame cases like Argentina as exceptions. Most of the time, they claim, the system does a good job. What they mean, of course, is that weak countries usually knuckle under. But at what cost to their citizens? How well do the restructurings work? Has the country been put on a sustainable debt path? Too often, because the defenders of the status quo do not ask these questions, one debt crisis is followed by another.

Greece’s debt restructuring in 2012 is a case in point. The country played according to the “rules” of financial markets and managed to finalize the restructuring rapidly; but the agreement was a bad one and did not help the economy recover. Three years later, Greece is in desperate need of a new restructuring.

Distressed debtors need a fresh start. Excessive penalties lead to negative-sum games, in which the debtor cannot recover and creditors do not benefit from the larger repayment capacity that recovery would entail.

The absence of a rule of law for debt restructuring delays fresh starts and can lead to chaos. That is why no government leaves it to market forces to restructure domestic debts. All have concluded that “contractual remedies” simply do not suffice. Instead, they enact bankruptcy laws to provide the ground rules for creditor-debtor bargaining, thereby promoting efficiency and fairness.

Sovereign-debt restructurings are even more complicated than domestic bankruptcy, plagued as they are by problems of multiple jurisdictions, implicit as well as explicit claimants, and ill-defined assets upon which claimants can draw. That is why we find the claim by some – including the US Treasury – that there is no need for an international rule of law so incredible.

To be sure, it may not be possible to establish a full international bankruptcy code; but a consensus could be reached on many issues. For example, a new framework should include clauses providing for stays of litigation while the restructuring is being carried out, thus limiting the scope for disruptive behavior by vulture funds.

It should also contain provisions for lending into arrears: lenders willing to provide credit to a country going through a restructuring would receive priority treatment. Such lenders would thus have an incentive to provide fresh resources to countries when they need them the most.

There should be agreement, too, that no country can sign away its basic rights. There can be no voluntary renunciation of sovereign immunity, just as no person can sell himself into slavery. There also should be limits on the extent to which one democratic government can bind its successors.

This is particularly important because of the tendency of financial markets to induce short-sighted politicians to loosen today’s budget constraints, or to lend to flagrantly corrupt governments such as the fallen Yanukovych regime in Ukraine, at the expense of future generations. Such a constraint would improve the functioning of sovereign-debt markets by inducing greater due diligence in lending.

A “soft law” framework containing these features, implemented through an oversight commission that acted as a mediator and supervisor of the restructuring process, could resolve some of today’s inefficiencies and inequities. But, if the framework is to be consensual, its implementation should not be based at an institution that is too closely associated with one side of the market or the other.

This means that regulation of sovereign-debt restructuring cannot be based at the International Monetary Fund, which is too closely affiliated with creditors (and is a creditor itself). To minimize the potential for conflicts of interest, the framework could be implemented by the United Nations, a more representative institution that is taking the lead on the matter, or by a new global institution, as already suggested in the 2009 Stiglitz Report on reforming the international monetary and financial system.

The crisis in Europe is just the latest example of the high costs – for creditors and debtors alike – entailed by the absence of an international rule of law for resolving sovereign-debt crises. Such crises will continue to occur. If globalization is to work for all countries, the rules of sovereign lending must change. The modest reforms we propose are the right place to start.