Every advanced country has a bankruptcy law, but there is no equivalent framework for sovereign borrowers. That legal vacuum matters, because, as we now see in Greece and Puerto Rico, it can suck the life out of economies.

In September, the United Nations took a big step toward filling the void, approving a set of principles for sovereign-debt restructuring. The nine precepts – namely, a sovereign’s right to initiate a debt restructuring, sovereign immunity, equitable treatment of creditors, (super) majority restructuring, transparency, impartiality, legitimacy, sustainability, and good faith in negotiations – form the rudiments of an effective international rule of law.

The overwhelming support for these principles, with 136 UN members voting in favor and only six against (led by the United States), shows the extent of global consensus on the need to resolve debt crises in a timely manner. But the next step – an international treaty establishing a global bankruptcy regime to which all countries are bound – may prove more difficult. 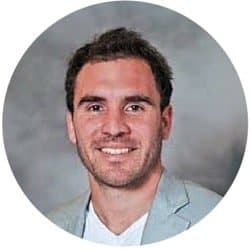 Recent events underscore the enormous risks posed by the lack of a framework for sovereign debt restructuring. Puerto Rico’s debt crisis cannot be resolved. Notably, US courts invalidated the domestic bankruptcy law, ruling that because the island is, in effect, a US colony, its government had no authority to enact its own legislation.

In the case of Argentina, another US court allowed a small minority of so-called vulture funds to jeopardize a restructuring process to which 92.4% of the country’s creditors had agreed. Similarly, in Greece, the absence of an international legal framework was an important reason why its creditors – the troika of the European Commission, the European Central Bank, and the International Monetary Fund – could impose policies that inflicted enormous harm.

But some powerful actors would stop well short of establishing an international legal framework. The International Capital Market Association (ICMA), supported by the IMF and the US Treasury, suggests changing the language of debt contracts. The cornerstone of such proposals is the implementation of better collective action clauses (CACs), which would make restructuring proposals approved by a supermajority of creditors binding on all others.

But while better CACs certainly would complicate life for vulture funds, they are not a comprehensive solution. In fact, the focus on fine-tuning debt contracts leaves many critical issues unresolved, and in some ways bakes in the current system’s deficiencies – or even makes matters worse.

For example, one serious question that remains unaddressed by the ICMA proposal is how to settle conflicts that arise when bonds are issued in different jurisdictions with different legal frameworks. Contract law might work well when there is only one class of bondholders; but when it comes to bonds issued in different jurisdictions and currencies, the ICMA proposal fails to solve the difficult “aggregation” problem (how does one weight the votes of different claimants?).

Moreover, the ICMA’s proposal promotes collusive behavior among the major financial centers: The only creditors whose votes would count for the activation of CACs would be those who owned bonds issued under a restricted set of jurisdictions. And it does nothing to address the severe inequity between formal creditors and implicit ones (namely, the pensioners and workers to whom sovereign debtors also have obligations) who would have no say in a restructuring proposal.

All six countries that voted against the UN resolution (the US, Canada, Germany, Israel, Japan, and the United Kingdom) have domestic bankruptcy legislation, because they recognize that CACs are not enough. Yet all refuse to accept that the rationale for a domestic rule of law – including provisions to protect weak borrowers from powerful and abusive creditors – applies at the international level as well. Perhaps that is because all are leading creditor countries, with no desire to embrace restrictions on their powers.

Respect for the nine principles approved by the UN is precisely what’s been missing in recent decades. The 2012 Greek debt restructuring, for example, did not restore sustainability, as the desperate need for a new restructuring only three years later demonstrated. And it has become almost the norm to violate the principles of sovereign immunity and equitable treatment of creditors, evidenced so clearly in the New York court’s decision on Argentine debt. The market for credit default swaps has led to non-transparent processes of debt restructuring that create no incentive for parties to bargain in good faith.

The irony is that countries like the US object to an international legal framework because it interferes with their national sovereignty. Yet the most important principle to which the international community has given its assent is respect for sovereign immunity: There are limits beyond which markets – and governments – cannot go.

Incumbent governments may be tempted to exchange sovereign immunity for better financing conditions in the short run, at the expense of larger costs that will be paid by their successors. No government should have the right to give up sovereign immunity, just as no person can sell himself into slavery.

Debt restructuring is not a zero-sum game. The frameworks that govern it determine not just how the pie is divided among formal creditors and between formal and informal claimants, but also the size of the pie. Domestic bankruptcy frameworks evolved because punishing insolvent debtors with prison was counterproductive – a prisoner cannot repay his debts. Likewise, kicking debtor countries when they’re down only makes their problems worse: Countries in economic free-fall can’t repay their debts, either.

A system that actually resolves sovereign-debt crises must be based on principles that maximize the size of the pie and ensure that it is distributed fairly. We now have the international community’s commitment to the principles; we just have to build the system.