George Tyler began his career working in the United States Congress as an economic adviser to Senators Hubert Humphrey of Minnesota and Lloyd Bentsen of Texas and as senior economist on the Congressional Joint Economic Committee. Appointed by President Clinton as a deputy Treasury assistant secretary in 1993, George worked closely with international financial institutions and in 1995 became a senior official at the World Bank. He is the author of What Went Wrong: How the 1% Hijacked the American Middle Class ... And What Other Nations Got Right.

The travails of the US economy come amid a politics never so poisonous since the civil war.

The EU should bring a new climate agenda to Glasgow—including a roadmap for emerging nations to embrace a future beyond fossil fuels.

Democracy is threatened by politicisation of constitutional courts. Unorthodox tactics are required to restore their role.

The United States should learn from the better performance of European companies which have worker representation on boards. 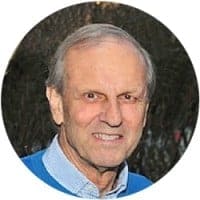 Amid authoritarian and illiberal forces buffeting social democracies, it is helpful to renew appreciation for their political architectures, especially the central role developed over a century and a half for the principle of proportional representation (PR). Its absence is one factor responsible for the poor quality of American democracy documented in Billionaire Democracy. In contrast […]

Fake news in America’s public square is a failure of its information marketplace. Remediation should occur through enhanced marketplace competition, not government censorship. I have argued that the quality of democracy is lower in America than in much of Europe. It lacks co-determination, for instance, which is why US wages stagnate even as inflation-adjusted wages […]

Three senators have introduced unprecedented legislation mandating that employee representatives must comprise one-third of Boards of Directors at publicly-listed US corporations. Upgraded corporate governance with codetermination is an unfamiliar concept to most Americans. Its appearance acknowledges the weakness of conventional tools to end wage stagnation. And it reflects frustration by Democratic senators Tammy Baldwin, Elizabeth […]

The high quality democracies of northern Europe are an unnatural construct, history teaching us that the universal default setting of human society is authoritarianism. There are many key elements in crafting and sustaining such high quality democracies, including engendering a common body of trusted information, a communitarian spirit, the rule of law and the like. […]

Aristotle measured the quality of democracy by the extent to which politics constrains the economically powerful, allowing the preferences of the landless to be reflected in public policy. According to a new analysis, American democracy gets a failing grade on Aristotle’s test while the countries of northern Europe are star pupils. Path-breaking recent research has […]

It’s wages, stupid! Analysts are pondering why millions of the same voters who favored President Obama in 2008 and (less enthusiastically) in 2012 pivoted to favor his antithesis, Donald Trump, in 2016. Economic frustration centered on stagnant wages is mostly the answer, reflected in a generalized desire for “change” expressed by 39 percent of voters […]

The Republican presidential aspirant nominated at this summer’s convention is likely to become that party’s nominee in part by invoking jingoist and xenophobic themes drawn from the playbooks of eastern European authoritarians. Miloš Zeman, the Czech President asserts, for example, “I do not want Islam in the Czech Republic.” And Hungarian premier Viktor Orbán has […]

President Obama has belatedly awakened to the plight of America’s middle class whose economic fate is dependent almost entirely on wages. Taking a lead from his predecessors since Ronald Reagan, Obama proved indifferent during much of his first term to the deterioration in the collective bargaining position of employees at US workplaces – the key […]