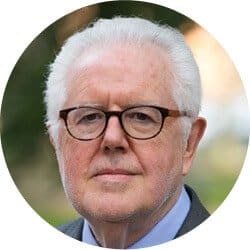 Ireland’s dramatic recovery from its severe and prolonged economic crisis has led to the country being regarded as a ‘poster child’ for economic regeneration from fiscal austerity. The Irish case has been widely hailed by the Troika institutions as evidence that where a country stuck closely to prescribed austerity measures, the fiscal disciplines and structural changes involved could provide the platform for stability and a return to growth and prosperity. During the 2015 Greek crisis, figures in the Irish government openly sought to persuade beleaguered Greek colleagues that they should emulate Ireland’s example and would reap the same benefits. However, economist Stephen Kinsella suggests in a recent book we edited that Ireland is best seen less as a ‘poster child’ than as a ‘beautiful freak’, whose experience of austerity and recovery reflects a very specific set of conditions that differ markedly from other countries forced to avail of bailout supports. 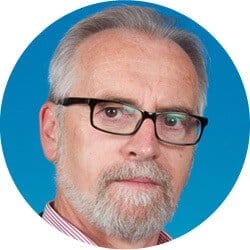 Troika assistance to Irish banks, allied with restructuring and regulatory reform, contributed to financial stability and restoring international confidence. Fiscal consolidation was necessary but the key driver of economic recovery was the export performance of multinational firms, trading in international markets in major economies that had been the least seriously affected by the Great Recession and that had recovered most rapidly. Ireland’s export performance more than offset the serious dampening effects of austerity cutbacks on domestic demand and on Irish businesses. The platform for recovery was in fact built over decades of industrial and economic policy. 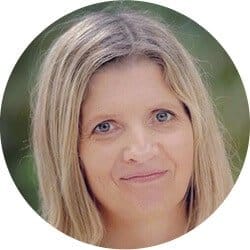 Other special features were also critical in contributing to stability and recovery. These were not and could not be replicated elsewhere. The main Irish political parties had near consensus on the need for austerity. Public service trade unions contributed to stability by accommodating fiscal retrenchment and accepting significant cuts in pay and employment. This avoided the industrial conflict experienced by other countries implementing austerity measures. Peaceable industrial relations were maintained across the private sector, where cuts in nominal pay were far from widespread and employers focused on reducing working time and employment.

In their dealings with the Troika, senior ministers and public servants focused pragmatically on meeting targets and getting out of the bailout programme as fast as possible, thus avoiding the kind of volatility and political theatre evident in Greece. Overall levels of social expenditure were maintained as buffers against unemployment and rising demand for social services in areas like health and education, while emigration, as so often before, worked as a safety value against social dissent.

The economic crisis gave rise to calls for reforms across a range of policy areas. Many of these were initiated by the Irish authorities and already in train before the Troika’s arrival. These were areas of reform which arguably met with the highest levels of success, as for example in restructuring the financial institutions and in financial regulation. In response to the banking crisis, which threatened the solvency of the sovereign, there was a ‘paradigm shift’ in the regulatory approach which became more challenging and intrusive, entailed greater enforcement, and became more refined in terms of its capacity to assess risk. The establishment of the National Asset Management Agency (NAMA) as a ‘bad bank’ for managing the property assets of failed banks prevented survivors becoming ‘zombie banks’, and it ended up turning a modest profit.

Reforms elsewhere were more varied. Political processes had been widely blamed for contributing to the property bubble, the banking collapse and the fiscal crisis, but radical political reform did not take place, despite the landslide election of 2011 which brought an ostensibly reformist government to power. While transformative structural reforms were proposed for the public sector, they have been slow to materialize, and most have attempted to reinvigorate earlier abortive efforts at reform. Reforms in labour market policy, which took the form of a shift to more active intervention to assist the unemployed, were deferred until 2011, well into an unemployment crisis which was already four years in the making. Within the housing sector policy contributed to the financial crisis, but economic recovery has created yet more dysfunctions within it, and policies to alleviate emerging shortages and escalating costs have failed miserably.

The costs of austerity were widespread and felt across all aspects of Irish life. Unemployment soared, with long-term consequences for men, young people and migrants, and emigration increased dramatically, with the emotional loss significantly felt by families, friends and local communities. For those who stayed, the country witnessed increases in mental health problems, including rising numbers of self-harming incidents and of suicides by men. Culture suffered, both in terms of funding cuts to the arts and in the numbers attending cultural events, although these did stabilize during the recovery. The economic costs of the Great Recession saw median disposable income falling by over 16% between 2008 and 2013; this not surprisingly had knock-on effects in terms of significant decreases in personal consumption as well as in consumer confidence. Figures from the Central Statistics Office demonstrated that just over a quarter of the population was lacking two or more basic necessities, such as heating, the ability to buy meals or to have proper clothing in 2012; and the country witnessed significant increases in relation to basic deprivation and consistent poverty.

The book was completed before the UK voted to leave the EU, but identified Brexit as a significant risk to continued recovery and growth. Other risks included growing criticism of Ireland’s corporation tax regime – likely to be further amplified by a shift to ‘protectionism’ in the US – rising industrial conflict and the continuing housing crisis.

William K. Roche and Andy Prothero are Professors at the School of Business, University College Dublin. Philip J. O'Connell is Director of the UCD Geary Institute for Public Policy. Their edited volume, Austerity & Recovery in Ireland: Europe’s Poster Child and the Great Recession, is published by Oxford University Press.