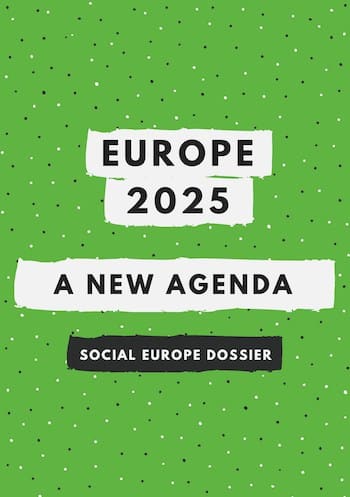 Europe is in a pivotal year yet again. The European elections in May 2019 set the tone for what will unfold during the rest of 2019 and beyond. The debate about which political priorities the European Union should pursue in the coming years is taking place in turbulent political times characterised by the unfolding Sino-American trade war, a weakening of the transatlantic partnership, Brexit and the continued threat of populism.

Social Europe, in cooperation with the Friedrich-Ebert-Stiftung and the Hans Böckler Stiftung, seeks to inform these debates by collecting ideas for the next five and a half years of European politics from thought-provoking thinkers and experts. Under the title “Europe 2025 – A New Agenda” we collected fresh thinking that helps sketching out a positive path forward for Europe.