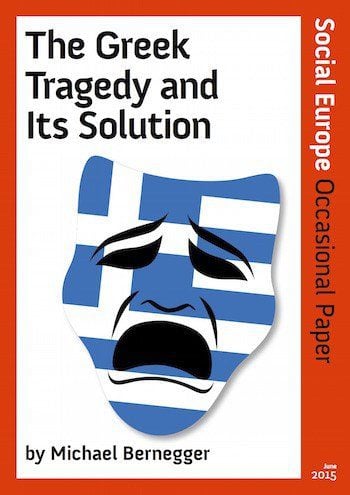 Ostensibly, the Greek crisis is about sovereign debt. It appears to result from a too expansionary fiscal policy and a loss in price competitiveness since the launch of the euro. This competitive weakness, it is claimed, can be attributed to an excessive rise in labour costs in relation to anaemic macroeconomic productivity growth.

In reality, the core process is completely different: Greece is a country with very large and competitive export industries. Its merchant fleet has been the world’s largest and most efficient since the 1970s. Its tourism sector enjoys a very strong position within Europe. Greek economic statistics are distorted, for conceptual and political reasons, in serious and obvious ways.

Share on TwitterShare on FacebookShare on LinkedIn
Home ・ Library ・ Occasional Papers ・ OP 8: The Greek Tragedy and Its Solution