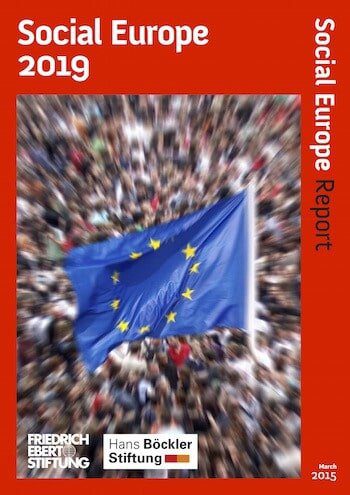 The year 2014 was an important watershed for the European Union. After half a decade of crisis, a new European Parliament was elected and a new Commission took office. When they had the chance in May 2014, many European citizens voiced their disapproval of the political direction the Union has taken in recent years. It seems clear that the EU not only needs new people at the helm but also a new policy direction for the five-year term until 2019.

Following the very successful Roadmap to a Social Europe eBook, which was produced with a variety of European partners last year, Social Europe, the HansBöckler-Stiftung and the Friedrich-Ebert-Stiftung ran a new project setting out a fresh social policy agenda for the next five years. “Social Europe 2019″ bought together leading experts and decision-makers to discuss relevant issues. The contributions to this vital debate are collected in this eBook.