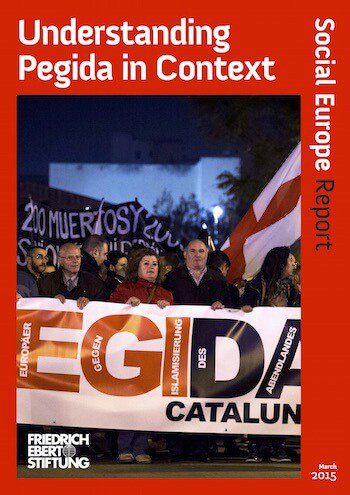 The Friedrich-Ebert-Stiftung London and Social Europe organised a project to analyse the German Pegida phenomenon and its European context. This project has provided a fascinating but deeply worrying look beneath the surface of European politics. It has revealed that Pegida and the wider context of European populism are best understood as symptoms of continuing social and economic changes that so far lack convincing political answers.

This project has also made clear that in order to solve the issue of European populism you need an alternative politics that seeks to shape the social and economic changes surrounding us. Too often politics is seen as the catalyst of unwelcome social and economic transformation rather than a force that works to strengthen the roots of communities and, at the same time, develops a positive cosmopolitan view of the brave new world that is developing. We need a politics that aims to shape the future rather than manage different forms of decline.

You are here: Home / Library / SER 5 – Understanding Pegida in Context