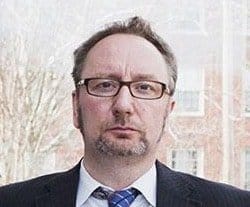 For David Cameron, cutting spending in a highly unequal society works because it doesn’t affect those who matter to him. This used to be called class politics.

The prime minister’s speech at the lord mayor’s banquet last year was notable in part because its main message, that “we need to do more with less. Not just now, but permanently,” was delivered from a throne bedecked in gold to applause from members of the financial elite. But it’s the other less commented upon aspects of last year’s speech that signal why the government felt confident enough to reveal its true colours. David Cameron’s claims simply don’t add up to a coherent explanation as to why “more with less” – perma-austerity – is a policy worth pursuing.

First of all, he insisted that “the biggest single threat to the cost of living in this country is if our budget deficit and debts get out of control again”. Yet while the deficit rose to 11.2% of GDP in 2010, the markets that fund British debt never once thought the situation “out of control”. Quite the contrary occurred as the interest payments due on UK bonds have gone steadily down since 2006, and have only risen now, when the UK is supposedly in recovery. A much more likely culprit for the drop in living standards is the fall in British real wages of over 5% since 2010 coupled with relatively high price inflation, but that doesn’t fit with the story of “out of control” spending needing to be reined in for the common good.

Second, when you have a deficit, you can either raise taxes or cut spending to fill the gap, and the coalition have favoured the latter. And because of these efforts British government debt has gone up, not down, despite the cuts, from 52.3% of GDP in 2009 to 90.7% in 2013. This is hardly a surprise given that exactly this same pattern of cuts leading to more debt as the underlying economy shrinks has been the story throughout the Eurozone too.

Given this, you might think that finding some new tax revenue to balance the books is a good idea. The prime minister seemed to agree when he applauded the G8’s Lough Erne declaration that will “ensure companies pay their taxes”. Then, almost in the same breath, he announced that the UK would cut corporation tax to 20%, “the lowest in the G20” – thereby copying the growth model of such dynamic economies as Ireland and Latvia.

Third, if what got us all this debt in the first place was a “too big to fail” banking system that was bailed out at taxpayer expense, you would expect the government to make sure that we don’t “simply try and rebuild the same type of economy we had before the crash”, as the prime minister put it in his speech. But of course, quite the opposite has happened. The government has deliberately stoked another London-centred housing bubble just in time for re-election that basically gives anyone that qualifies their own personal Fannie and Freddie mortgage guarantee. Meanwhile, British banks are bigger than ever and are expected to grow bigger still.

Finally, the point of all this effort, according to the prime minister, is to engineer “a fundamental cultural change in our country” that is necessary to foster greater innovation. Yet in the same speech Cameron lauded British universities, British genetics, British material science and British microelectronics as “the envy of the world”. But if the UK has all this, why would you need such a radical cultural change?

So if the contents of the speech and the arguments for perma-austerity don’t add up, why then double down on the policy? One answer is to follow the money in terms of who benefits and who loses from such a policy.

We need to remember that the crisis that brought us here was a private sector crisis. Their debts landed on the balance sheet of the public sector through bank bailouts, recapitalisations and unlimited quantitative easing. In other words, taxpayers bailed bankers and the price was a ballooning deficit.

That deficit took the form of what finance-types call a “class-specific put option”. A “put” option is a contract where the buyer of the contract has the right, but not the obligation, to re-sell the contract at a future point, while the seller must buy back the contract at a pre-determined price and time. In other words, the seller is selling insurance and the buyer is purchasing the right to cash it in.

Now why is this a “class specific” put option? Over the past 35 years the UK has become an increasingly unequal country, with those holding appreciating assets (mainly housing in the south) and high incomes (mainly financial salaries and bonuses) reaping most of the gains. These are also the folks that cashed in that insurance policy when the banks failed – they got their assets bailed. The balance due for this cashed-out insurance policy is still either tax increases – which as we saw with the fate of the 50% income tax rate and with regard to corporations, is off the table – or more cuts to government spending. So who pays?

The nice thing about cutting government spending in a highly unequal society, at least for the coalition, is that it doesn’t affect those with most of the assets and income. These folks don’t rely on government services, and their assets and incomes are, thanks to government policy, on the rise once again. They are also the folks that fund elections and show up to vote.

Perhaps the real message of Cameron’s speech was then the following? If austerity doesn’t work, just pump up the assets of those who matter and pass the cost on to those who don’t through spending cuts since they will not vote for you anyway. Then tell tall tales about “out of control” spending habits, despite the evidence, while assiduously avoiding taxing your constituents. This used to be called class politics. Maybe it will once again be recognised for what it really is, even without the gold chains and the throne in the room as a clue for the uninitiated.

This column was originally published by the Guardian in November 2013 and it has not lost any of its value in the last 11 months.

Mark Blyth is Professor of International Political Economy in the Department of Political Science at Brown University and a Faculty Fellow at Brown's Watson Institute for International Studies.