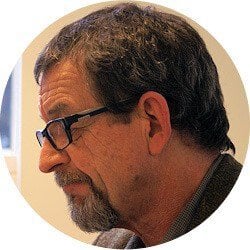 Is a new alliance between Denmark’s Social Democrats and the right-wing populist Danish People’s Party (DF) on the cards? And, if so, what does this say for Europe as a whole?

We know what they agree not to do. They both say no to a lower rate of top tax; no to a flat housing tax and higher retirement age; no to free access for refugees and migrants – and they say yes to higher spending on the public sector.

Yet any new relationship is far from a solid alliance built upon a common perspective; it does not go much further than keeping tactical manoeuvres open within the domestic parliamentary framework. It helps to buttress the DF as the main collaborator of the government and strengthen the Social Democrats as the leading opposition party. Yet the situation in Denmark cannot be viewed in isolation but should be seen in connection with the political front lines between right-wing populism and Social Democracies in Europe. This applies particularly to four major issues (with the first three to be resisted): 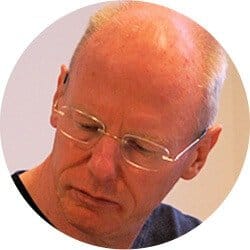 The right-wing populist parties and movements in Europe sustain and feed off these issues. Eventually, the Social Democratic part of the labour movement is now finally understanding that its historic indifference to them will bring its demise if it fails to find answers to them.

But just because the right-wing populists and Social Democrats address the same problems (and apparently in a similar manner) that does not mean sharing the same starting point or pursuing the same solutions, whether generally or specifically. Beneath the often-identical wording and policy ideas, the differences between the two parties far outweigh any similarities.

Initially, the right-wing populist parties and movements depend on their ability to politically transform and dissolve class antagonisms, social contradictions, dissatisfactions etc. within a primitive and welfare chauvinist perspective. That means a narrative of the People versus the Establishment, pitting popular sovereignty as Nation and civic virtue against a political-economic-cultural elite which gladly trades away people’s security and sense of community in favour of a greedy internationalism.

Such a party or movement – including DF – does not base its policies on a coherent program. In reality, DF is an opposition party that cultivates class collaboration and at the same time elevates the nation to the ultimate point of reference. In this sense, DF is a national-conservative-populist party, drawing its support from the petit bourgeois tendencies that always have existed in the Social Democratic labour movement and for many years have been protected by the welfare state. Yet DF’s DNA is far from that of the Social Democrats. What comes naturally for DF is inconsistent with the Social Democratic Party’s policies and values.

For Mette Frederiksen, the SDP leader, it is all about wresting the party clear of the adaptation to neoliberalism and open contempt for the labour movement promoted by her predecessor Helle Thorning Schmidt. It will come as no surprise if the party swiftly distances itself from the rigid rules of ‘Budgetloven’ – the domestic law strictly regulating public spending in accordance with the EU Fiscal Compact.

Moreover, Frederiksen has even spoken up for a new “social contract” and a showdown with “sick capitalism”. To do this she would establish funds to ensure investment in the local business community and preserve Danish companies operating on Danish soil (not so different from the wording used by DF – except that it is generally sceptical about restrictions on business). However, Frederiksen and the rest of the party leadership know that a purely national solution would be an anachronism. So what do they do?

On the one hand, they express a certain reservation towards the EU in order to reassure their own and DF’s working class voters. On the other hand, they highlight the political fields of EU policies that are central for the Social Democrats e.g. the fight against tax havens, the introduction of a financial transaction tax, a corporate tax-floor and public investment in general education and labour force skills.

The Danish SDP has problems in recreating itself as a comprehensive and leading party among the workers without entering a sort of alliance with DF and adopting a nationalist perspective. Nevertheless, in the slightly longer term, Social Democrats cannot get on with their “social contract” and so on within the confines of the nation state.

A publication from Statistics Denmark, “Nordic Countries in Global Value Chains”, documents that the Danish economy and business are so deeply integrated in the world market, that it would be pure wizardry to try for a “fair capitalism” within national borders alone. The same applies for tax and protecting employee rights. Therefore, at some point the Social Democrats must go beyond petit bourgeois anti-globalism and implement the necessary showdown with DF, if they want to reclaim political leadership among recaptured working-class voters and genuinely distance themselves from populism.

New relations between the Social Democrats and DF will initially strengthen the latter’s legitimacy in the trade union movement and among the SDP’s petit bourgeois right-wing, especially at local level but at the cost of many internal battles.

On the other hand, it will force the more internationalist and progressive wing of the Social Democrats to manifest itself more clearly. And hopefully contribute to a socialist perspective for a more social European Union.

Jan Helbak and Klaus Krogsbaek are co-editors of the Danish online magazine Kritisk Debat, and are members of the Social Democratic Party and trade union functionaries in Aarhus, Denmark.