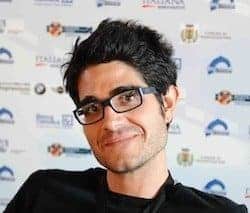 Taking stock of the results of the recent European elections is not an easy task. Many commentators have described the outcome as an ‘earthquake’, citing the surge in ‘anti-establishment’ parties, with voters supposedly lured by two ‘extremes’: the ultra-right and the extreme left. But this is a gross simplification of reality. As the Greek economist Yanis Varoufakis put to me in a recent interview, ‘Europeans were not lured by the two extremes. They drifted to one extreme: that of the misanthropic, racist, xenophobic, anti-European right’.

In total, nearly a third of incoming deputies in the chamber will be anti-EU ‘malcontents’, according to the think tank Open Europe. Interestingly, most of the support for such parties came from the wealthy countries of the core and of the North (most notably the UK, Denmark and France, and to a lesser degree Germany, Austria, Finland and the Netherlands) – which were largely spared the pain inflicted by the European establishment on the citizens of the periphery. In these countries, right-wing, eurosceptic or anti-EU parties have successfully exploited the legitimate (to a certain degree) fears and concerns of citizens resulting from the EU’s increasingly authoritarian and post-democratic posture, and from the hollowing out of national sovereignty and identity (due partly to the EU, and partly to the wider dynamics of the global economy) to peddle an even more reactionary, anti-democratic and authoritarian agenda.

It is interesting to note that in most cases these parties don’t criticise the EU for its insistence on austerity or for its regressive social and economic policies, but rather for its allegedly excessively progressive policies with regard to immigration or to market regulation. This is most evident in the UK, where David Cameron’s criticism of the EU has been directed against Brussels’ plans to limit working hours, introduce a continent-wide financial transaction tax or cap bankers’ bonuses – measures that most progressives would consider positive –, or for being too ‘soft’ on immigration.

This underscores the danger of mainstream parties flirting with anti-EU sentiments (which in some countries, such as the UK, have always been latent) for short-term electoral purposes, by diverting the attention away from the underlying causes of discontent and towards a convenient scapegoat – thereby creating a fertile breeding ground for nationalist, right-wing (and extreme right) movements and parties, such as UKIP. To a certain degree this applies to Germany as well, where the anti-euro AfD (Alternative für Deutschland) scooped up an impressive 7 per cent. It’s a surprising result for a party arguing for a return to the Deutsche Mark, considering that Germany is almost unanimously considered to have benefited, and greatly so, from the euro – as well as from the EU’s crisis management policies. I believe this can be partly explained by Merkel’s post-crisis narrative of ‘reluctant Europeanism’: even though the German chancellor never openly resorted to anti-EU propaganda (quite the contrary), she nonetheless stoked Germany’s latent holier-than-thou attitude by framing the sovereign bail-outs of periphery countries as loans handed out to the poor, irresponsible countries of the periphery by rich, responsible countries like Germany, partly creating the conditions for the rise of a pseudo-nationalist party like AfD.

France is the outlier here, not only because it is the only country on the continent – and one of the EU’s founding and largest member states for that – where an ultra-nationalist, post-Fascist party, the National Front (NF), topped the elections, but also because the right-wing turn was arguably more economically rooted than in other countries. It’s clear, in fact, that citizens voted at least as much against Hollande’s Socialist Party – and the President’s failure to live up to his pre-electoral promise of standing up to the EU’s austerity-driven economic policies – as they voted for the NF. The fact that eurosceptic or openly anti-EU parties came first in three major countries – the UK, Denmark and France – is undoubtedly a huge blow to the European integration process. At this point, a ‘Brexit’ from the EU at some point down the line – maybe followed by a Danish exit – doesn’t appear like such an unrealistic scenario anymore.

The Battle For Europe To Resolve The Crisis Of Meaning

This isn’t just a crisis of legitimacy for the EU – it’s an all-out crisis of meaning. That said, one shouldn’t make the mistake of overestimating the weight that the anti-EU right will have in the next European Parliament. As Open Europe writes, ‘these parties are not a coherent group, ranging from parties with experience of government through to fringe protest parties to outright neo-fascists. They also have widely differing views on a range of issues such as the eurozone, immigration and economic issues. As such, these parties will struggle to work together to put forward an alternative agenda for the European parliament.

Despite suffering a significant loss of seats, the two main establishment parties, the centre-left Party of European Socialists (PES) and the centre-right European People’s Party (EPP), will still hold a solid majority in Parliament. While this means that a break-up of the EU or eurozone – a development that could have potentially disastrous consequences for a number of countries and would likely lead to a nationalistic and regressive/conservative backlash (especially given the parties calling for such a solution) – remains an unlikely scenario in the short-medium term (the EU can survive the exit of one or more countries), it also means that we are likely to witness a business-as-usual attitude: i.e., a continuation of the vicious policy of austerity, neoliberalism and top-down authoritarian federalism which is at the root of Europe’s deep social, economic, political and spiritual crisis.

As Varoufakis notes, ‘there is no sign on the horizon that the elites will respond creatively either to the economic crisis or to its political ramifications. They may “go easy” on austerity, to absorb some of the shockwaves caused by public discontent, but they have neither the analytical power nor the interest in proceeding with the architectural changes necessary to reverse the decline’.

And this brings us to the crucial role of periphery countries. Interestingly, in most of these countries – especially Greece, Spain and Ireland –, despite widespread anger at the catastrophic austerity policies imposed by the European establishment, the ‘protest vote’ mostly went to anti-austerity radical left parties seeking a solution to the crisis within the EU and the eurozone – not to the anti-EU right. In this they have proven to be much more politically mature than their Northern peers. The most notable case is Greece, where SYRIZA became the first radical left party in the continent’s history to win a European election.

All in all, the broad progressive anti-austerity camp – if we include the more left-leaning wings of the ALDE and Greens/EFA groups – will be the third force in the next Parliament, and can play a crucial role in avoiding a disastrous ‘grand coalition’ between the PES and EPP. It is now up to the European progressive movement – at all levels: in the European Parliament, within single member states and, of course, on the streets – to seize upon this historic opportunity and show that there is an alternative to both the regressive nationalist solution offered by the extreme right and the austerity-driven and neoliberal Union envisioned by the elites, and that a radical, progressive overhaul of the EU and monetary union (in the direction of a genuine European supranational democracy and welfare state) is possible. This also means overcoming the widening core-periphery division engineered by the financial-political elite, by highlighting the commonality of interests and struggles of all European citizens. It might be the last chance we get.