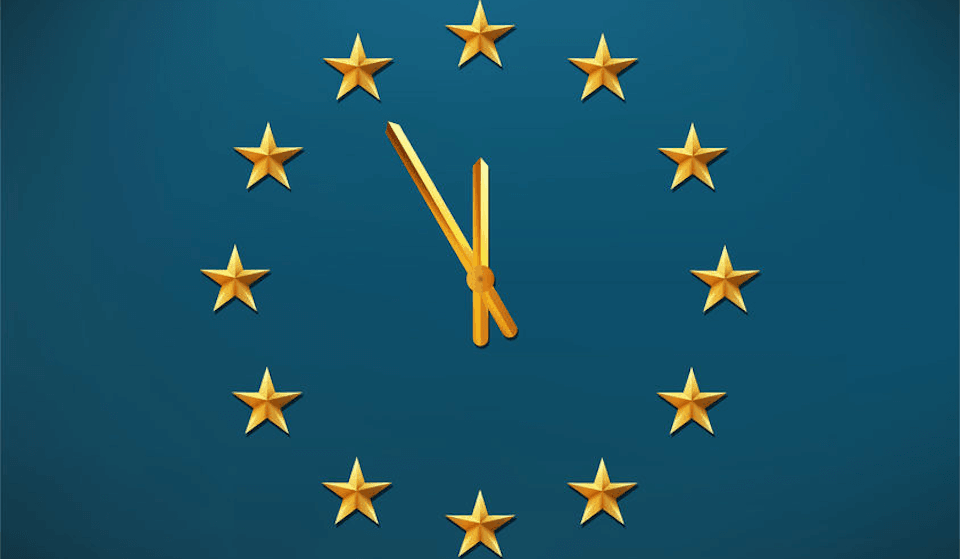 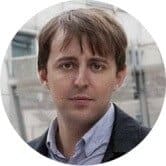 The European Project finds itself at its worst point since its creation. First came the disastrous management of The Great Recession and the consequent loss of legitimacy of European institutions. Now, the management of the refugee crisis has overwhelmed Berlin and Brussels and turned the Mediterranean into one of the most deadly borders in the world.

In the last year weâ€™ve seen the two greatest achievements of European integration under threat: The Euro and Schengen. And it is still not clear if they will survive what is coming. As a final twist, we have had a negotiation with Great Britain that has crossed a few red lines of the European project, and, as if that was not enough, the British will be engaged in a referendum that could lead to the exit (#brexit) of one of the EUâ€™s most important member states..

Summing up: The Euro crisis highlights the institutional deficiencies of a currency with no tools to face severe economic difficulties – no strong budget, no coordination of fiscal policy, no automatic stabilizers and without a central bank worthy of the name. A currency that has created profound macroeconomic imbalances in the current account balance between its centre and periphery after flooding several countries with easy and cheap credit.

The management of the crisis brought to light enormous quantities of private debt in a vicious circle that is yet to be broken. This left some states out in the cold to absorb that debt without a central bank to support them and forced to ask for help. Finally, the prescription applied – austerity and internal devaluation – has been shown to be poisonous, inefficient economically and socially harrowing. It has left in its wake societies bankrupted by inequality.

There are at least three derivatives of this policy. Firstly, the method of consensus and unanimity together with the limited room to maneuver left by the new fiscal rules for national governments have shrunken European democracy and undermined its decision-making process. Secondly, the Union was a project created to promote convergence socially and economically and the result of the management of the Great Recession has been to open up a huge gap between southern and northern European countries. Thirdly, this mismanagement of the crisis has transformed public opinion and party systems and this has happened in contrasting ways in debtor and creditor countries, which further complicates the taking of joint decisions.

A number of match balls have been won on this front. But economic threats will appear once again: via the negotiations on national fiscal policies, the problems of some financial systems or the economic turbulence that comes from overseas. Recognizing their institutional constraints, the only one who seems up to the task is ECB president Mario Draghi; but monetary policy is necessary and not sufficient in itself to get out of this quagmire. We shall see. But one thing is sure, this dossier is not yet closed.

On another matter, 2015 brought the arrival of more than 1 million refugees to Europe. Not having a legal door of entry nor a common community system of asylum meant they ended up coming through the back window – through the Balkans heading for Germany. Our neighborhood is in flames: a terrible civil war in Syria, institutional chaos in Libya and conflicts in Afghanistan and Iraq.

The countries that were absorbing refugees (mainly Turkey, Lebanon and Jordan) stopped being able to offer shelter, and survival instincts tend to be stronger than border control. Here it should be noted that the German government has undertaken great efforts in taking in refugees that could end up costing Angela Merkel the chancellery. And letâ€™s be clear, those blocking a reasonable solution to this phenomenon are far-right governments in the Council, with which Spain has aligned itself. The right response should be a mechanism of community asylum, a permanent system of resettlement to share the effort of accepting refugees and a human corridor for the arrival of refugees to avoid more deaths.

The arrival of spring will only worsen the crisis. And already tensions are mounting on the free circulation of people at its weakest link: once again, Greece. But without an ordered common response there will be no solution. Letting the most fragile piece fall is not only morally unacceptable, it is politically toxic in a values-based project such as Europe. We should at least learn the lesson of this episode: Europe is not an island. It is an extension of the Eurasian plate and what happens around us affects us, enormously. So even if itâ€™s only out of self-interest, we should care about it.

But now, instead, all efforts in Brussels are focused on keeping Great Britain in the EU. By doing so, Europe is paying a very high price. The agreement with the UK displaces the fundamental consensus at the heart of the European project, denying the community of rights that is sustained in the values and political aims of the Union. And now, we have to wait for the outcome of a referendum few if any outside the UK want.

The UKâ€™s exit would mean a huge loss in weight economically, diplomatically, demographically and militarily for the EU, but that is not the greatest cause for concern in European capitals. A Brexit would mean designing the legal and political â€œdoorâ€ to leave the Union. Something up to now unthinkable. And a door that others may wish to use in the future.

As a backdrop to all this organ failure in the European project: the advance of the far-right, Eurosceptics and sundry reactionaries. Leading the polls in Austria, Sweden or Holland and already in power in Hungary and Poland. An alarming loss of rights and freedom in various places in the EU, linked always to an impoverishment of the rule of law. The â€œGag Ruleâ€ law is an example of this. Europe is going from being a place projected to increase our freedom and rights towards becoming worried about the steps backward that various governments are taking in this area.

Europe as a problem. Or rather as part of the problem. But without doubt also part of the solution. The greatest risk is that the crises we are facing end up causing (an even greater) national withdrawal when the root cause of a significant part of our problems is in the European capitals. And not in Brussels.

None of these problems we face:- economic, migratory or geopolitical – is going to be solved alone. And here social democrats and Labourites have a major role. It’s in our hands to use our power in the institutions of European Parliament, the Commission and national governments to recover Europe. Recover the idea of Europe. A space to share dignity; not only to share the same colour of paper money. And do it from the authority accumulated over more than a century of history.

Being aware that we are the last ditch against the EUâ€™s decomposition. Being aware that institutional changes and the shift in European policies will require alliances based on generosity and empathy with other political forces and social movements. And being sureÂ to broaden democracy, ensure well distributed economic progress, and represent a place in the world of shared dignity since Europeans need each other more than ever before.