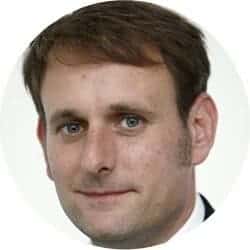 As the EU goes through troubled times, there is a crucial need to identify core policies that affect every one of its citizens. Considering energy policy to have such potential, European Commission President Jean-Claude Juncker announced back in 2015 the Energy Union project, outlining the five dimensions it should focus on – (a) energy security, solidarity and trust; (b) full integration of the European energy market; (c) energy efficiency as a means to moderate demand; (d) decarbonisation of the economy; (e) research, innovation, and competitiveness.

Concrete legislative proposals, the Clean Energy Package, were released by the Commission in November 2016. The package aims at defining the key objectives of European energy policy for 2030, notably in terms of energy efficiency and renewables development, but also to further develop electricity market design. Indeed, even though the EU is on track to reach its 2020 goals, one can argue that much more profound changes have to be undertaken if the EU is to reach its objectives for 2030, and even further to fulfil its commitment made at COP 21 in Paris . 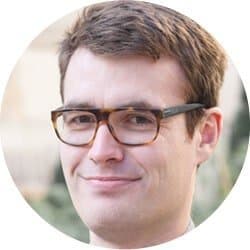 Despite the package’s impressive scope, whether the Commission’s proposals and above all, its overall strategy, are fit for purpose is open to question. The proposals follow a business as usual approach. Instead of building upon the dynamics in the current market that enable profound change towards decarbonisation, the Commission opted for only incremental improvements in the current regulatory framework.

The most obvious shortcoming is probably the lack of a robust governance framework: the Commission acknowledges its importance but develops new regulations that will likely prove insufficient. Although European gas and electricity networks and markets are very much interconnected and interdependent, the political and regulatory framework remains fragmented, with conflicting competencies between European institutions and member states. In such a situation, it is all the more important to get the governance processes right, especially as the energy sector is increasingly moving away from a market-driven approach towards a policy framework based on public planning and regulated investments, both at European level (notably through the renewable and energy efficiency targets) and national level (with national targets, renewable support schemes and capacity mechanisms). These developments call for an appropriate governance framework for energy policy. To solve these contradictions, we advocate in favour of the creation of a ‘European Parliamentary Platform on Energy’ which would bring together European and national parliamentarians to define the main orientations of European energy policy. 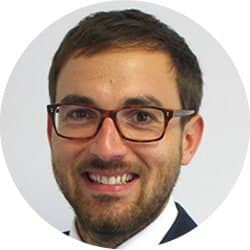 Similarly, when it comes to market design, the Commission’s proposals do not seem to recognise that the world has fundamentally changed since the internal energy market was first conceived in the 1990s. We are moving away from a system mainly based on already amortised, centralised, fossil fuel power plants with mainly variable costs to a system requiring new investments in capital intensive renewables, low to zero marginal costs and flexibility (e.g. grid, demand-side response, storage and back-up plants). The great majority of new investments in electricity generation or flexibility in Europe now benefit from regulatory intervention one way or another (through renewable support schemes, capacity mechanisms or both). The Commission seems, however, to overlook this key trend, as it simply proposes marginal improvements in the current market design, not analysing why it could be fundamentally unfit for today’s challenges. In other words, the Commission is trying to make renewables fit into the old market design, rather than to redesign the market based on renewables. In order to create long-term investment signals in this direction and at the same time further integrate energy policies at regional level, we propose that Transmission System Operators (and, in the medium-term, a regional subsidiary of several TSOs) should provide investors with long-term contracts on the basis of competitive and transparent procurement. This new market design would not replace short-term markets, which could still provide the appropriate incentives for operational decisions, but it would replace uncoordinated (and thus costly) current national interventions and frameworks.

Finally, with its strong – almost exclusive – focus on the electricity sector, the Clean Energy Package does not tackle the challenge of placing energy policy in the wider context of EU policy objectives. While it is of course understandable that not all topics can be dealt with by regulation at the same time, the absence of any global strategy framework, incorporating crucial issues such as carbon pricing (both in and outside the EU Emission Trading Scheme), transportation, agriculture and competitiveness for the European industry is more worrying. This lack of a general strategy clearly shows that the ‘holistic’ approach promoted by the Commission might not even have been thought through yet, let alone translated into action.

Equally, the proposals do not sufficiently address the social component of energy policy which is the most urgent challenge: the transformation of our energy system also means structural change, affecting jobs, livelihoods and the economic and social environment, especially in high emitting and energy intensive regions. The Commission must acknowledge that a transformation of the European energy system cannot take place without public support.

With the introduction of the Clean Energy Package, the Commission has completed its policy suggestions for the creation of the European Energy Union. Originally envisioned as a radical step for increased integration in times of wavering support for the European project, it has unfortunately fallen far short of its promise. The lack of a proper diagnosis of the successes and failures of past energy and climate policies has led to a package which is very much of a technical nature, hindering an effective political and societal debate. Europe can do better!

Philipp Fink is policy officer in the Division of Economic and Social Policies in the Friedrich-Ebert-Stiftung in Berlin, Germany. Antoine Guillou is energy and climate change coordinator with Terra Nova, France. Robert Schachtschneider works in the field of energy policy and was former assistant to MP Dirk Becker, as well as former spokesperson for energy and economy for the Social Democratic Party, Germany.