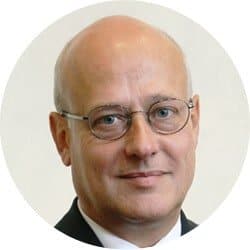 In the Euro Area there is a scarcity of risk-free securities; these are issued today only by a few sovereigns with a very high rating, but not by any European institution given strong German opposition. This situation creates huge capital flows in stress periods (flight-to-quality) and it contributes to the diabolic loop between bank and sovereign risks. Hence the recent proposal by Marcus Brunnermeier and other economists to create Sovereign Bond-Backed Securities (“ESbies”) or European Safe Bonds. The proposal has recently been endorsed by the EU Commission.

In a nutshell, ESbies are the senior tranche of a securitization backed by a portfolio of government bonds of the Eurozone countries. In this way, without introducing mutual solidarity between European countries, Esbies create a risk-free asset, through diversification and tranching. In fact, the junior tranche of securities, issued by the vehicle, would be the first to absorb any losses arising from the possible insolvency of a member state. 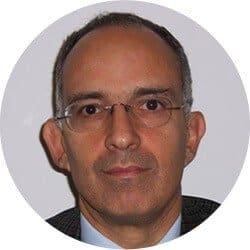 In our view, this project can work only if it is complemented by an important change in the prudential regulation of banks. Let’s see why and how.

International capital regulation requires that senior securitization tranches, even if risk-free (AAA), absorb capital with a 15/20 percent risk weight. With the current rules in place, it is therefore highly likely that banks and insurance companies prefer to continue investing in individual European government bonds rather than in the ESBies. This is probably why no investment bank has ever constructed and distributed securities like ESbies so far.

However, even if Safe Bonds were treated in the same way as government bonds (i.e. zero capital absorption), it is likely that banks would prefer to continue investing in German and Dutch securities that remain cheaper and more liquid than Esbies. In fact, securitization is a very efficient tool to transform illiquid assets, such as mortgages or bank loans, into liquid securities to be sold in the market. Here, however, the proposal is to securitize a portfolio of government bonds, which are among the most liquid financial instruments.

How should the prudential rules be changed to make ESbies attractive? In theory, there are two possibilities. The first is that government securities (like any other bank assets) absorb capital proportionally to their ratings. This would imply that government bonds of countries such as Germany, France and the Netherlands would still have a 0 percent risk weight, Italy and Spain would go up to 50 percent, while Portuguese bonds would rise to 100 percent. This solution does not seem to be effective, because even in this case it is unclear why banks should invest in ESbies, which would still be more expensive and less liquid than German bonds. Moreover, such a regulatory framework would most likely increase Eurozone spreads of weak economies, such as Italy. Given the home bias in the composition of banks’ portfolios of government debt, such a regulation would also have the consequence of imposing a higher capital requirement on banks located in high debt countries.

The second solution seems much more viable: introducing a concentration limit on the holdings of government securities of a single issuer, as is the case for private loans. This approach would deal with Euro Area countries in a homogeneous way: the concentration limit would apply to German bonds in the same way as to Spanish or Portuguese ones. In addition, it would induce banks to diversify their risk by investing in the ESbies: this way, the new financial instrument would contribute to the stability of the banking sector in the euro area as a whole. In our view, this is a reasonable regulatory framework to favor the introduction of a European risk-free asset and to help complete the Banking Union.

Finally, the above-mentioned group of economists propose that the securitization vehicle, issuing the ESbies, should hold government securities in proportion to the size of the member countries, measured by their GDP or by their contribution key in the capital of the ECB. Again, this feature of the proposal would penalize high-debt countries, that would be exposed to an excess supply of their securities during the introduction phase of the ESbies. Therefore, we believe that the vehicle’s portfolio should instead include national securities in proportion to the size of the public debt of individual countries. The moral hazard argument, that might be opposed to our view, is rather weak, given the severe constraints imposed by European rules on member states’ public finances.