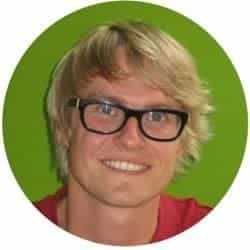 European regulation on giving employees a voice in multinationals is a nice example of so-called ‘regulated self-regulation’. The European directives (the original 1994 directive and the 2009 recast) define a minimum scope and some procedures, but the content of how employees in multinational firms are informed and/or consulted is left to the autonomous decision of the negotiating partners. And if the negotiating parties cannot agree, some fallback rules apply.

After years of experience with European Works Councils (EWCs) and SE works councils and over 2000 EWC and SE works council agreements concluded, now is the right time to study the results: does this regulated self-regulation lead to an ever growing diversity in practices or is there an evolution towards a common standard? 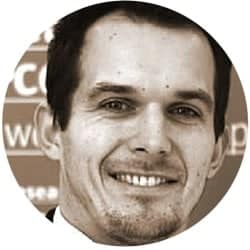 A recent ETUI publication helps provide some insights. First of all, we see a growing diversity of companies with an EWC. The proportion of EWCs established in service sector companies is growing and so are those established in (relatively) small multinationals (with less than 5000 employees). The landscape remains dominated, however, by EWCs in the chemical and metal industries and in companies headquartered in Germany, the US, France and the UK.

This growing diversity is not really reflected in how the EWCs function according to their agreements. Establishing a select committee (a smaller group of employees responsible for the coordination of the EWC) became an almost universal practice with more than 86% of the currently active EWCs having such a committee. This proportion was considerably lower in 2002 (62%) and 2005 (66%).

The same goes for training clauses. Now, about two thirds of all EWCs and SE works councils include stipulations regarding training while this was only 28% in 2005. With regards to the presence of experts, again, two-thirds of the EWCs and SE works councils clearly include such a possibility. In exceptional circumstances, this convergence is even more remarkable with over 86% specifying that extraordinary meetings can be organized.

Not surprisingly, all these characteristics are mentioned in the EWC fallback positions that apply when no agreement can be found. It seems that these fallback positions don’t only work as a minimum, but also as a standard to which the negotiation partners converge over time. So stressing the importance of a select committee in those fallback positions – as happened with the EWC Recast directive – might be a good strategy for influencing the chosen content of the agreements.

Divergence On The Extras

Besides this observable convergence towards the fallback positions, some divergence is nevertheless worth mentioning. Here, the agreements clearly go beyond the minimum requirements and foresee, for example, at least two meetings a year or clearly guarantee free access to the company premises for the employee representatives. On both these occasions, we see a growing (yet still relatively small) number of EWCs clearly mentioning such rights.

Clearly, the negotiators of EWC agreements are much influenced by the regulated part of this ‘regulated self-regulation’. For the most part, the agreements install EWCs and SE works councils that look very much like those set out in the fallback provisions. And the extra specifications added through the EWC recast directive seem to have further supported, or at least confirmed, this convergence.

Only a small proportion of EWCs go beyond standard practices and introduce more meetings, more support and more guaranteed rights for employee representatives. Going beyond the minimum is nevertheless useful to enable the EWC to really fulfil its potential and provide employees with genuine insight and influence at a European level. But this holds true too for the management as it should see its investment in running EWC meetings pay-off through a better dissemination of information, direct contact with employee representatives from all over Europe and better implementation of EU-level coordinated company policies.

Should we conclude that self-regulation doesn’t work? Not immediately. We see that only a minority of the EWCs resort to it and that, as the regulated part increases (more obligations with the Recast changes), more and more EWCs settle for rules very similar to the minimal requirement. Moreover, those who do go beyond these minima should serve as an inspiration and proving ground for further regulation.