When, almost a year ago, Paul Krugman wrote six posts within three days laying into the stance of Germany on the Eurozone’s macroeconomic problems, even I thought that maybe this was a bit too strong, although there was nothing in what he wrote that I disagreed with. Yet as Germany’s stance proved unyielding in the face of the Eurozone’s continued woes, I found myself a couple of months ago doing much the same thing (1, 2, 3, 4, 5, 6), although at a slightly more leisurely pace. Now it seems the whole world (apart from Germany, or course) is at it: here is a particularly clear example from Matt O’Brien.

I’m not going to review the macroeconomics here. I’m going to take it as read that

1)    ECB monetary policy has been far too timid since the Great Recession began, in part because of the influence of its German members.

2)    This combined with austerity led to the second Eurozone recession, and austerity continues to be a drag on demand. The leading proponent of that austerity is Germany.

3)    Pretty well everyone outside Germany agrees that a Eurozone fiscal stimulus in the form of additional public investment, together with Quantitative Easing (QE) in the form of government debt purchases by the ECB, are required to help quickly end this second recession (see, for example, Guntram Wolff), and the main obstacle to both is the German government.

The question I want to raise is why Germany appears so successful in blocking or delaying these measures. At first the answer seems obvious: Germany is the dominant economy in the Eurozone. However that is too easy an explanation: while Germany’s GDP is less than a third of the Eurozone total, the combination of French, Italian and Spanish GDP is nearly one half. Now it could be that in the past France, Italy and Spain have failed to coordinate sufficiently to oppose Germany, in part because France has placed a high value on the French-German bilateral relationship. But that seems less of a problem today.

The puzzle remains if we just view these debates as being about national interest, rather than a battle over ideas. Germany is virtually unique in the Eurozone in not currently having a large negative output gap, and having low unemployment. So, you could argue, it is not in Germany’s national interest to allow Eurozone demand to expand, and inflation to rise. But Germany achieved this position because it undercut its Eurozone partners by keeping wages low before 2007. If political discourse was governed by basic macroeconomics, you would expect every other country to be very annoyed that this had happened, and be demanding that Germany put things right by restoring a sustainable relative competitive position through additional inflation.

These last two sentences contain a clue to resolving this puzzle. While nearly everyone recognises the internal competitiveness problem within the Eurozone, hardly anyone describes this as a problem caused by German policy. Instead, as Edward Hugh suggests for example, they believe “Germany’s unit labour costs are low not because Germans aren’t paid much, but because they are very productive, and at the end of the day, despite all the bleating about the current account this is the model other members of the Euro Area (including France) not only need to but are compelled to follow: high pay and high productivity”. I suspect many would agree with that sentiment. 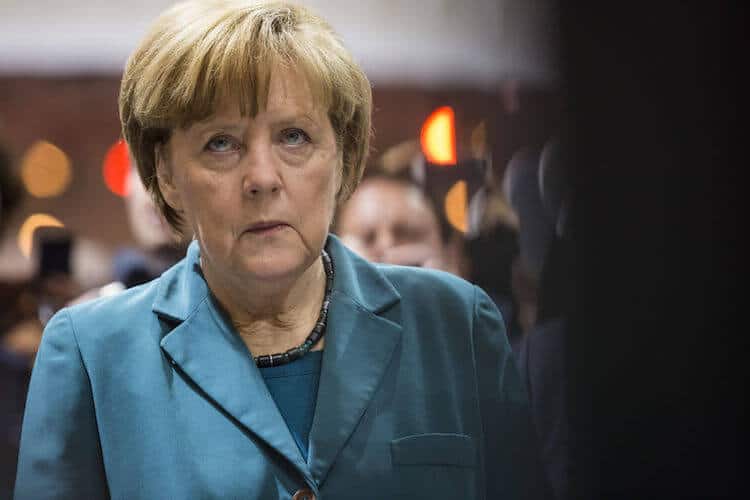 Too many people outside Germany buy into the German government’s wrong economics according to Simon Wren-Lewis.

Unfortunately it misses the point. International differences in productivity occur for a variety of reasons, and they are slow to change. The Eurozone’s current problem arises because one country – Germany – allowed nominal wage growth well below the Eurozone average, which undercut everyone else. (Thispost shows how real wage growth in Germany was below productivity growth in every year between 2000 and 2007.) Within a currency union, this is a beggar my neighbour policy.

In other words, as Simon Tilford suggests, Germany is viewed by many in the Eurozone as a model to follow, rather than as a source for their current problems. (He also plausibly suggests that Germany’s influence immediately after 2010 reflected its creditor position, but he argues that the importance of this factor should now be declining.) Of course in general terms Germany may well have many features which other countries might well want to emulate, like high levels of productivity, but the reason why it’s national interest is not currently aligned with other union members is because its inflation rate was too low from 2000 to 2007. That in itself was not a virtue (whatever the rights or wrongs of why it came about), and so if they had any sense other union members should be complaining bitterly about the German position.

I think the current Eurozone problem makes much more sense if we focus less on divergent national interests, and more on different macroeconomic points of view. The German perspective which sees the Eurozone problem in terms of profligate governments and lack of ‘structural reforms’ outside Germany is utterly inappropriate in understanding the Eurozone’s current position. Yet it is a point of view that too many outside Germany also share.

This is beginning to change. As this Reuters report makes clear, relations between Draghi and the Bundesbank have steadily deteriorated, as Draghi begins to understand the macroeconomic reality. (While I still have problems with the ECB’s current position, set out clearly in this speech by Benoît Cœuré, it makes much more sense than anything coming from the Bundesbank or German government.) Yet, as Simon Tilford notes, it is still not clear whether this will end in a significant departure from current policies, or just more of the minor adjustments we have seen so far.

It may well come down to the position taken by countries like the Netherlands. They have suffered as much as France in following the Eurozone’s fiscal rules to implement damaging fiscal contraction. As Giulio Mazzolini and Ashoka Mody note, “For the Netherlands …. less austerity would have been unambiguously better.” Yet until now, politicians in the Netherlands (and the central bank) appear to have taken the German line that this medicine is for their own good. If they can eat a bit of humble pie and support a kind of ‘grand bargain’ that would see fiscal expansion rather than contraction in the Eurozone as a whole, and a comprehensive QE programme by the ECB, then maybe some real progress can be made. Ultimately this is not the Eurozone’s Germany problem, but a problem created by the macroeconomic vision that German policymakers espouse.