As the polls open for the European Parliament elections, three gender-equality ministers and state secretaries put feminism at the top of the electoral agenda. 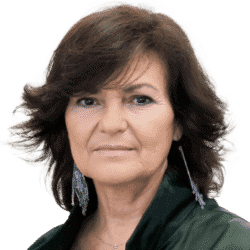 The European election campaign has been in full swing. A lot is at stake—not just the composition of the European Parliament, but the soul of Europe.

Socialists and social democrats have reason to have hope. The PSOE’s recent victory in Spain, which saw the party rise to become the largest in parliament, has given us renewed drive. What’s more, we approach the European elections focused on something that was also at the heart of the PSOE’s campaign—feminism.

The Spanish prime minister, Pedro Sanchez, appointed Spain’s first female majority cabinet—there are more women in government in Spain than in any other EU member state. Sanchez pushed for a feminist Spain that believes, aspires and fights for gender equality in the social, economic and political spheres. It was successful. 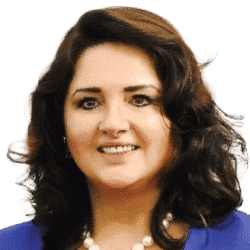 The Party of European Socialists’ Spitzenkandidat, Frans Timmermans—who proudly identifies as a feminist—has put the same focus on feminism at the heart of his campaign for Europe.

While Europe has long been a frontrunner for gender equality and women’s rights, inequality remains and the progress we have made is being threatened by a resurgent populist extreme right. We must keep fighting for equality. We cannot allow any backwards steps.

A priority for a Frans Timmermans commission, and the PES and PES Women, is closing the gender pay gap. This year, February 27th was Equal Pay Day—the point when women finally caught up with men’s earnings from last year. Women had to work an extra 58 days, or 16 per cent more, to earn the same as their male colleagues. This is because today the average pay gap in the EU—the difference between the average salaries for women and men—stands at 16.2 per cent. In some member states it is as high as 22 per cent. 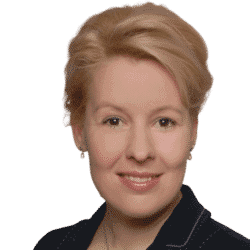 Even in countries where the pay gap is lower, this often reflects the fact that few women are in the labour market, which distorts the calculation and presents a false image. In reality the gender pay gap is not just an issue of unequal pay but encompasses other inequalities in the labour market: full-time versus part-time; the amount of unpaid work men and women are expected to do; the number of women in top positions; lower-paid female dominated sectors set against higher-paid male dominated jobs. And we need to address this now, because when women fall behind it is nearly impossible to catch up: the average EU pension gap between women and men is at 37.5 per cent, putting women at higher risk of poverty in retirement.

So far, proposals have not been forthcoming at EU level. As socialists and social democrats, for years we have been calling for targets so we can monitor member-states through pay-gap audits. We must set a target to reduce the gender pay gap by 2 per cent each year, per member state and per age group. We want to introduce transparency grids to assess gender pay gaps, as introduced in Belgium in 2012. This law demands yearly reports from companies on their process and procedures for reducing the gender pay gap. Finally we want clear and dissuasive sanctions in cases of non-fulfilment of these objectives by member-states.

Some progress on broader gender equality has been made. The recently adopted EU directive on work-life-balance allows every woman the right to a career, just as every man will have the right to raise children and care for dependent people. But to fully realise this, we require affordable, accessible and high-quality childcare facilities for all children from birth to schooling age, as introduced by the socialist government in Malta, which provides universal free childcare, and care services for dependent people.

This empowers women who want to enter, and stay in, the labour market. We need to ensure women’s employment situations are not precarious or forced upon them: women should be free to choose work what works for them, in equal working conditions and free of harassment and discrimination.

As Frans Timmermans has said, in the 21st century we need to provide a 21st-century labour market for all women and men. To do that, we, as ministers and state secretaries, fully support the PES common candidate and his plan to eliminate the gender-pay gap as president of the European Commission.

He is a progressive candidate. He is a feminist candidate. And only feminism will ensure that women get more—because they deserve more, because they have the right to more.