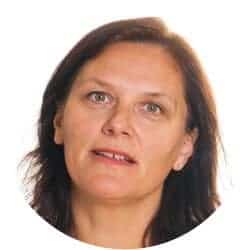 In a world more economically integrated than ever before, the need to redistribute growth more equally has increased dramatically. International trade has helped bring more welfare and less poverty, but we also see that inequality has been on the rise in many countries, and between countries and regions as well.

Donald Trump is today functioning as “attacker-in-chief” when talking about free trade. His solution to inequality and job losses is nationalism and protectionism. He couldn’t be further from the truth if he tried. The way forward is paved with political choices, at national and international level, that promote redistribution of economic growth, social dialogue and stronger workers’ rights. 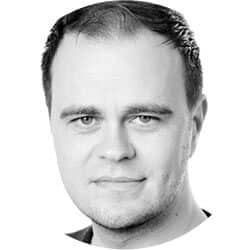 In itself, free trade is not fair. Free trade needs to be embraced by sound and just political choices. Economic growth needs to be redistributed if everyone is to enjoy the fruits of free trade. It is all about what kind of society you choose to develop. Put simply in words by the American economist Jeffrey D. Sachs; open trade is broadly beneficial only when combined with smart and fair budget policies. To strengthen and complement redistribution at national level we argue that at regional and global level we need to strengthen the legal status of workers’ rights. One way to do this is through strengthening workers’ rights in free trade agreements (FTAs).

Workers’ rights in global supply chains came under the spotlight after the Rana Plaza disaster when more than 1100 workers in a Bangladeshi clothing factory lost their life. The risk of the building collapsing was known and reported, but still no one took responsibility before it was too late.

Rana Plaza is not a unique example. Workers’ rights in global supply chains are appalling. According to a report by the ILO, 48 percent of the workers making footballs in China and Thailand work more than 60 hours a week and 25 percent work seven days a week. And women earn systematically less than men. The list of weak or non-existent workers’ rights at global level is long.

The FTA between USA, Mexico and Canada (NAFTA) from 1994 was one of the first that included text on workers’ rights. After 1994 we have seen more agreements with the so-called sustainable chapter. The accords usually include paragraphs relating to the ILO core conventions and the ILO declaration on fundamental principles and rights at work. This might seem like progress, but what has it really brought?

The FTA between the USA and several Central- and South-American countries (CAFTA) is a sad example of the shortcomings of workers’ rights inclusion in FTAs. Back in 2008 trade unions in the USA and Guatemala formalized a complaint based on the FTA paragraphs. The situation for trade union members and activists in Guatemala is nothing less than shocking. Since the FTA was signed, and to date, the number of trade unionists killed has reached 83. But in July 2017 the unions got their answer. According to the tribunal handling the complaint, the situation in Guatemala was not in breach of the FTA. The tribunal argued that the situation was not distorting trade between the USA and Guatemala.

In other words, workers’ rights have no relevance unless these in some way damage trade between countries. This narrow interpretation drastically reduces the possibilities to develop and enforce workers’ rights through FTAs. Workers’ rights have no legal power but to be effective they need a certain level of legal status. This narrow interpretation also neglects the fact that exported products and services are an integrated part of the national production chain. Equally troubling is that the importance of a decent working life and of collective bargaining is completely ignored.

Fundamental workers’ rights are all about creating a decent working life and thereby strengthening the prospects for ensuring a more equal society. The right to organize and enjoy collective bargaining is core if one wants to redistribute economic growth at national level. Even the International Monetary Fund has realized that collective bargaining plays an important role in securing higher wages for low- and middle-income groups. Furthermore, several research institutions underline the connection between a decent working life and better socio-economic productivity. It should be clear for everyone to see that inequality is bad for business.

Strengthening the legal status of workers’ rights in FTAs

Workers’ rights must be given a stronger legal status in FTAs. These should include enforceable paragraphs consistent with the ILO core conventions and the ILO declaration on fundamental principles and rights at work. If a country does not respect the principles of the FTA it should face reduced access for the goods and services that the agreement covers. Ideally, this sanction would be coordinated multilaterally, for example through the World Trade Organization or the ILO, but as long as this is impossible we must use other means to enforce workers’ rights at global level.

The ILO conventions 87 and 97, covering the right to organize and collective bargaining, can play an important part in redistributing growth. In a labor market where the social partners are strong and which has a well-functioning and respected system of collective bargaining inequality can be reduced. The weaker the social partners, the weaker the redistribution of growth.

There’s is no time to waste

In the USA, many have lost their jobs and income due to industrial relocation to low wage countries and increased international competition. This happened during a time when the economic growth skyrocketed. Trump’s election as US President was a very clear signal that people feel the negative effects of globalization. Their frustration is understandable, but Trump’s solution is simply scary. He is not alone when he talks about nationalism and protectionism. We hear politicians in Europe saying pretty much the same. The price we will pay for not securing better economic equality will be a political landscape spiraling back into nationalism and conflicts. In Europe, we know all too well what that means. Everyone risks losing a lot because some think economic growth is better left to a few. It is time to strengthen workers’ rights and give the social partners the power they need to bargain effectively.