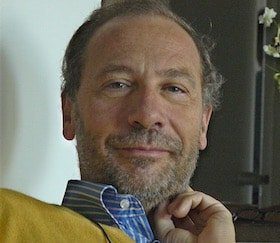 On January 21st, 2015, the austerity-based monetary regime of the Eurozone (EZ) was officially abandoned as the European Central Bank (ECB) launched its Quantitative Easing (QE) programme of sovereign bond purchases on secondary markets. The European Court of Justice’s attorney general has certified that the QE programme is not in breach of EZ Treaties, but it certainly challenges the established interpretation regarding the latitude of the ECB’s room for manoeuvre within its mandate.

In November 2014 the newly appointed European Commission launched an investment programme, the most significant impact of which is the message that, in principle, there can be a common pool of resources for governments to spend off the books of the Excessive Deficit Procedure. Also, the “flexibility” issue – raised by Italy and France regarding the timing and extent of application of the Fiscal Compact rules on public deficit and public debt reduction – is no longer taboo, with a few steps in that direction. And, of course, a major political change took place in Greece that is affecting the whole of Europe. 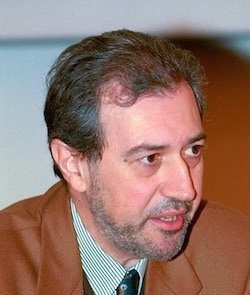 These seeds of regime shift emerge from the overwhelming pressure of economic, social and political crises all across Europe, a widening divergence of policy strategies with major partners and official institutions outside the EZ, and the rapid decline in support for the austerity doctrine from leading academic schools outside the “German block”.

Is the European austerity doctrine dead, and can we forget about it? Not quite. We all understand that a fast boost to economic activity in the EZ cannot only come from QE plus sparse domestic fiscal stimuli, given the narrow fiscal room for manoeuvre to which each government is constrained by the Fiscal Compact or, indeed, by investors. As argued by President Draghi at Jackson Hole, the path towards a satisfactory recovery in the EZ can only be initiated by fiscal and monetary coordination at EZ level, and this fiscal stimulus can only be coordinated across countries via Brussels. This view calls into question the design of the EZ’s economic governance, of which the austerity doctrine remains one of the pillars.

What can, and should, genuine reformers do? As in any high politics operation, a unique combination of vision, determination and brinkmanship is needed. First, genuine reformers should nurture mutual trust making clear that the proposed reform will not be a tricky system of bypassing fiscal responsibilities, sovereignty limitations, and economic reforms that are necessary to live and prosper in Europe and in the euro.

Second, the “democratic deficit” of European institutions at large should be taken very seriously: fiscal policy cannot and should not be delegated to technocratic entities or to pseudo-fixed rules. Fully-fledged political and fiscal federalism is probably the best institutional arrangements for properly embedding a monetary union. However, under current political constraints, the United States of Europe may well be a mirage, capable of entrapping the EZ in a dangerous status quo. What is urgently needed is an effective system of protection and stabilization against large economic and financial boom-bust cycles skilfully articulated at the national and supranational levels along the following lines:

Last but not least, genuine reformers will need the credible determination to present all other players with a clear-cut alternative: either a serious reform is begun here and now, with all the necessary ingredients, those which the South dislikes as well as those which the North dislikes, or everyone will have to take their own share of responsibility for saying ‘No’ to genuine European economic and monetary union.