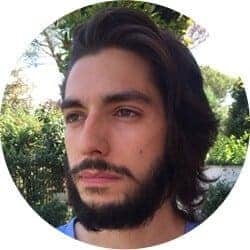 Angela Merkel has suggested that Europe’s future migration management plan with North Africa should be based on EU-Turkey deal provisions; if implemented, this move may endanger the right of many migrants to seek and enjoy asylum in “safe countries” and render Europe complicit in human rights violations. The process of externalizing asylum procedures is a delicate and thorny one, so any decision on this issue must take all the necessary precautions into account from the very outset.

Europe should not repeat what has happened with Nauru – Australia’s dumping ground for refugees – where thousands of people have seen their rights violated by the country’s policy of offshoring asylum procedures’ – this is aimed at resettling refugees miles away from the mainland, with no legal guarantees. It eventually compelled UNHCR to label the practice: “Immensely harmful […] causing immense damage to physical and mental health” within the squalid detention centers.

The decision to externalize asylum procedures in a region such as North Africa, where turmoil over the years has intensified the region’s destabilization, would be even more compromising.

Egypt, which Angela Merkel believes is one of the nations with which we should cooperate, does not represent a role model when it comes to human rights. Al Sisi’s regime, apart from having made reservations (not bound to comply with) with regard to some 1951 Geneva Convention articles – namely those protecting refugees’ welfare such as equal treatment in public education (elementary school) – has a long history of refugees rights’ violations. These range from the “Shoot-to-Stop” policy used against asylum seekers who tried to cross the border into Israel (or embark on boats headed toward Europe) to deportation to countries where people run the risk of being subjected to torture or other inhumane treatments (refoulement).

Moreover, from a strictly legal perspective, Egyptian domestic laws punish asylum seekers for illegal entrance with penalties, imprisonment or deportation from the country, leaving them in a state of legal vulnerability. These acts are explicitly prohibited by many articles of the 1951 Refugee Convention: for instance, article 33, affirms that:

Human Rights Watch has recently denounced the fact that: “Egypt has yet to develop national asylum procedures and institutions, and the country’s political strife puts refugees and asylum seekers at risk of arbitrary arrest, deportation and harassment”. Moreover, the 85% of Syrian refugees in the country have been considered severely or highly vulnerable with many subjected to enforced return to Syria.

In parallel with this, a dense criminal network – also involving Sudanese, Eritrean and Egyptian officials – constantly blackmail, extort and threaten asylum seekers and their families for heavy ransoms, bearing primary responsibility for fueling the trafficking of human beings: reports suggest that the border police of these nations have also been responsible for returning escaped trafficking victims to the very same traffickers.

Here it is important to stress that Egypt is historically one of the main hubs for asylum seekers fleeing from brutal dictatorship, such as that of Eritrea’s President Afewerki – a country where, according to the UN: “ There are reasonable grounds to believe that crimes against humanity have been committed since 1991.” Or that of Sudan’s Omar al Bashir, convicted for genocide for his deliberate activities aimed at exterminating Darfur’s Fur, Masalit and Zaghawa groups. Clearly, offshoring the asylum procedures in Egypt does not represent a proper way to uphold the rights of these people. In the current environment, many asylum seekers would face massive mistreatment because of the inadequate institutional, legal and human rights conditions. Germany’s Chancellor should surely be aware that Egypt is not, at all a safe third country.

Other northern African countries do not seem to offer appropriate guarantees as well. Some have been implicated in enforced returns, such as Morocco, or are in an extremely volatile security situation, such as Libya, a country that has not even signed the 1951 Refugee Convention.

From an historical perspective, the aforementioned countries have in the past colluded with Italian and Spanish governments in deliberately pushing back asylum seekers: in 2012, Italy was condemned by the European Court of Human Rights for having returned Somali and Eritrean migrants back to Libya, despite the enormous risks to their lives they would have surely face there. One can only hope that Europe, as a whole, will not repeat such despicable acts in a different guise.

With such bilateral agreements in place, asylum seekers would not even be able to get close to European shores, rotting in detention centers for an undefined period of time: in this way, Fortress Europe would dig its moat directly in northern Africa.

By concluding such deals, Europe does not want to tackle migration’s root causes but, as happened with Turkey a few months ago, to discourage people from fleeing their countries – including dictatorships – while not “creating sufficient channels for safe and regular migration”. This behaviour has been reiterated again during the latest EU Summit, where the focus on migrants’ returns has bordered on the paranoid.

Europe must think more extensively about long-term solutions. This implies a consistent increase in external action operations aimed at furthering the rule of law, improving socio-economic conditions as well as applying the necessary political pressure on many governments to make them comply with basic human rights, mainly through the exercise of diplomatic and civil society’s empowerment efforts. Only in this way could we hope to halt the majority of Mediterranean asylum seekers’ departures. The response should be as multi-faceted as the challenges we are trying to solve.

We should then start an intense political debate on many relevant issues surrounding migration: from the link between poor economic performances, population growth and civil conflict, via how to counter regimes unwilling or unable to protect their citizens from abuses, to new legal (and moral) challenges as represented by the new category of “climate refugees”.

After all, if not now, when?

Ludovico De Angelis is a MA graduand in International Relations at RomaTre University, Rome, Italy. He holds a post-graduate specialisation in International Human Rights Protection at the Italian Society for International Organization (ISIO) and has earned his bachelor's degree in Communication Science, with a final thesis on contemporary wars, al-Qaeda and the role of the media.