The statutory minimum wage has significantly improved job quality and work satisfaction of low-paid employees in Germany. Hourly as well as gross wages increased after its introduction despite a drop in working time. Although jobs of minimum wage employees have become more demanding, workers have also reported a more motivational management style, an improved atmosphere among colleagues, and a better work-life-balance. Raising the lowest wages appears to have led firms to increase the workload on the one hand, and to focus on motivating employees on the other.

The minimum wage in Germany 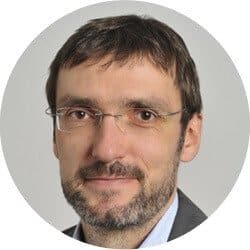 What are the effects of minimum wages? Macroeconomic effects, in particular employment effects, dominate the economic debate. The German example has shown (once again) that minimum wages are effective in raising wages in low-paid jobs – notably without sizeable effects on employment. Since a minimum wage of €8.50 was introduced on January 1 2015 (increased to €8.84 in 2017), employment growth in Germany has remained robust, and unemployment has continued to fall. Inflation and growth have shown similarly stable patterns. The predictions of many German economists, mostly based on standard neoclassical reasoning and simulations, that a minimum wage would lead to large-scale job losses has proved to be unfounded. Only so-called mini-jobs (marginal part-time employment) declined noticeably at the start of 2015; however, many of these lost mini-jobs were upgraded to regular, socially insured employment.

But what do higher wages mean for the job quality and work satisfaction of low-paid individuals affected by minimum wages? How do firms react to stricter recording of time worked and higher hourly wages? We analysed data from over 13,000 interviews from the PASS database of IAB. It contains almost 350 workers who were earning less than the minimum wage in 2014 (and were still employed in the same job in 2015), and a control group of almost 450 workers with wages just above that wage level in 2014 (also working in the same job in 2015).

Finally, despite lower average working hours, the monthly gross wage climbed from roughly €840 to €990. This is important, since it is the gross wage more than the hourly wage that matters for being able to meet living expenses.

These results paint the minimum wage in glowing colours for affected workers. However, how did companies react? Manager interviews conducted in another IAB survey showed that firms focused more on raising worker productivity than on layoffs. Our results confirm this from a worker perspective.

Minimum wage workers saw their workload increase while at the same time there were fewer interruptions. (Remember that this refers to workers in the same job, and in comparison to the control group.) The work atmosphere among colleagues improved markedly. And their happiness increased: Not only did their work-life-balance receive a boost, their work satisfaction soared, as well. 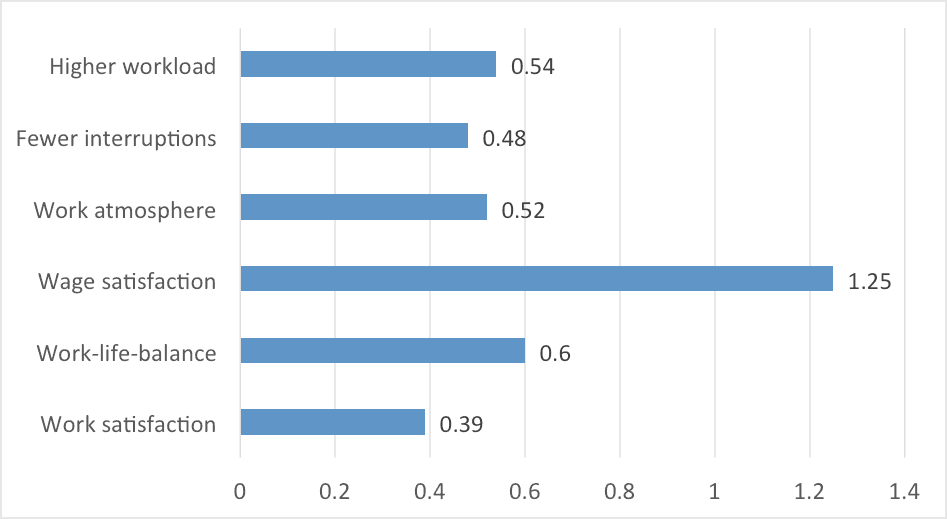 Changes in job quality and happiness of minimum wage workers in comparison to the control group.

Source: IAB PASS data, own calculations. Note: significance level 5%. Scale 0 (not at all) to 10 (very much); an estimated effect of e.g. 1 corresponds to an upward movement of 1 point on the scale, i.e. greater agreement to the question by minimum wage workers in comparison to the control group (both in the same job) from 2014 to 2015.

In a second stage, we investigate potential reasons for the higher happiness of minimum wage employees with their work compared to the control group. The data suggests that workers value an upgrading of their jobs (e.g. more difficult problems to solve, less switching of tasks, less time pressure), a good work environment and a more motivational management style (such as more recognition from superiors, better work atmosphere, fewer unpleasant work situations). Pay satisfaction does play a role in job satisfaction but it is minor – the improved work-life-balance is more important. As shown above, the minimum wage positively affected a number of these.

Our results indicate that firms reacted to the introduction of the minimum wage in Germany by compressing work on the one hand, and improving the at-work atmosphere on the other. This made it possible to upgrade low-paid jobs through re-organization and to better utilize human potential. Employees appear to have appreciated their jobs becoming more demanding while their work conditions improved.

An assessment of minimum wages thus needs to look beyond the macroeconomic employment effects. At company and individual level our findings point to higher job quality and increased happiness as a result of raising the lowest wages.

This article was first published in German here