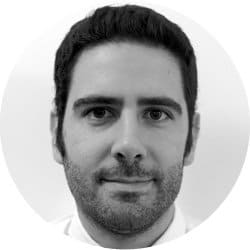 The authoritative conservative German newspaper, the Frankfurter Allgemeine Zeitung (FAZ), has published an article criticizing the possible appointment of Prof Achim Truger to the Sachverständigenrat (“Weisenrat”), the highly visible Council of Economic Experts, at the suggestion of the trade unions.

The article, by economics correspondent Philip Plickert, has to be seen in the context of a Twitter-storm (for example, here and here) in the country, where a number of reputed economists, including current Council members Isabel Schnabel and Lars Feld, engaged in what Johannes Becker called “Truger bashing” for not being qualified enough by their standards. 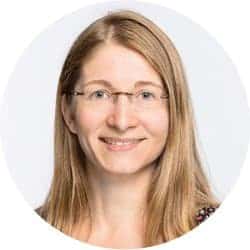 We do not comment here on Truger’s nomination but rather wish to highlight how Plickert does not discuss or criticize the content of his theories or policy proposals. Like previous critiques, he only questions his credentials as a legitimate “economic expert”. Moreover, he does that by simply considering the outlets of Truger’s published papers rather than their quality.

This practice is by now amply rejected by experts of science policy and research evaluation, as clarified for example by the San Francisco Declaration on Research Assessment (DORA) signed by 13184 scientists of all disciplines and 732 scientific organizations, including the most prestigious scientific journals. The main tenet of DORA is “the need to assess research on its own merits rather than on the basis of the journal in which the research is published” and even the multinational corporation that produces the most widely used journal metrics and rankings, Clarivate Analytics, openly discourages the use of such indices for research evaluation.

The way Plickert dismisses the academic journals in which Truger has published is highly derogatory. He calls the PSL Quarterly Review (which one of us edits, and of which we are both Editorial Board members) an “unknown” forum for pluralist debate. For good measure, the latest issue of the PSL Quarterly Review starts with an article by current Bank of Italy Governor Ignazio Visco, and in the past (previously known as Banca Nazionale del Lavoro Quarterly Review) it has published articles by renowned economists of all orientations, such as John Hicks, James Buchanan, Robert Solow, and Nicholas Kaldor plus, more recently, Olivier Blanchard and even Jens Weidmann; none of these appears to us as a dangerous extremist or economic illiterate.

All this, of course, doesn’t say anything about Truger’s credentials, only that one should not judge a review without reading it, or a researcher just by the place (rather than the quality) of his or her publications.

But there is more. Plickert takes issue with a proposal by Truger at an SPD discussion forum, supposedly of establishing quotas for heterodox economists. In fact, Truger discussed the idea of a target of 20 percent heterodox economists in professorships, referring to an open letter by the German student network for pluralism, which was released in 2012. Aside from ignoring the fact that establishing a benchmark of 20 percent is not equivalent to implementing a quota, the article does not engage with the proposal’s content but rather dismisses it on grounds that it is not clear who is a “heterodox economist” (see here).

As for the wider issue raised by Truger, a decade on from the century’s worst crisis, the aftershocks of which are still felt in many European countries and in the general malaise of social democratic and progressive parties across Europe, one can hardly claim that all is well in the house of economics. Across Continents, students’ (and sometimes teachers’) associations are actively campaigning for more pluralism and realism in economic teaching and research. Again and again, free market economists have used Government agencies to police the discipline and grant a near-monopoly to themselves in many countries (for European examples, see e.g. the articles in the most recent issue of the Review of Political Economy).

The issue is not just cultural, but it is deeply political and strongly affects parties on the left as well as trade unions. While there may well be tendencies, it is wrong to equate mainstream economics with conservative political preferences and heterodox economics with progressivism. However, it is simply well known that certain branches of mainstream economics have been repeatedly invoked and referred to in order to provide cultural and even supposedly scientific legitimacy to regressive economic policies and reforms.

Sternly in need of rethinking their purpose and identity, progressive parties and movements have a deep interest in fostering the widest debate possible on alternative visions of a different, reformed economy, and the policies to get there.

In contrast, the narrow-minded reference to supposedly “top journals” as the only stamp of seriousness in the academic debate amounts to outsourcing the nature, content and boundaries of the debate to a handful of academic heavyweights based in very few supposedly “top” institutions in the USA. As James Heckman noticed, this implies severely skewing the incentives for all economists, on what and how to study and do research.

But what is more worrying politically is that such an approach amounts to a mere externalization of the political and economic debate to a narrow (often foreign) elite; hardly what the political class, especially the SPD or any other progressive party, needs right now.

Carlo D'Ippoliti is associate professor of economics at Sapienza University of Rome, where he coordinates the Minerva Laboratory on Gender Equality and Diversity. He is editor of the open access economics journals PSL Quarterly Review. Svenja Flechtner is an assistant professor of pluralist economics at the University of Siegen, Germany. She is an FMM fellow, member of the ZOE Institute for future-fit economies, and on the editorial board member of the PSL Quarterly Review.