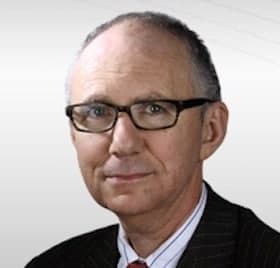 The future of Europe now depends on something apparently impossible: Greece and Germany must strike a deal. What makes such a deal seem impossible is not the principled opposition of the two governments – Greece has demanded a debt reduction, while Germany has insisted that not a euro of debt can be written off – but something more fundamental: while Greece is obviously the weaker party in this conflict, it has far more at stake.

Game theory suggests that some of the most unpredictable conflicts are between a weak, but determined, combatant and a strong opponent with much less commitment. In these scenarios, the most stable outcome tends to be a draw in which both sides are partly satisfied. In the Greek-German confrontation, it is easy, at least in theory, to design such a positive-sum game. All we must do is ignore political rhetoric and focus on the economic outcomes that the protagonists really want.

Germany is determined to resist any debt write-offs. For German voters, this objective matters much more than the details of Greek structural reforms. Greece, for its part, is determined to gain relief from the punitive and counter-productive austerity imposed on it, at Germany’s insistence, by the “troika” (the European Commission, the European Central Bank, and the International Monetary Fund). For Greek voters, this objective matters much more than detailed calculations about the net present value of national debt in 30 years. A deal should be easily negotiable if both sides concentrate on their top priorities, while compromising on their secondary aims. Unfortunately, human fallibility seems to be working against such a rational solution.

Yanis Varoufakis, Greece’s new finance minister, is a professor of mathematical economics who specializes in game theory. But his negotiating technique – unpredictable oscillations between aggressiveness and weakness – is the opposite of what game theory would dictate. Varoufakis’s idea of strategy is to hold a gun to his own head, then demand a ransom for not pulling the trigger. German and European Union policymakers are calling his bluff. As a result, the two sides have become stuck in a passive-aggressive standoff that has made serious negotiation impossible.

There was nothing inevitable about this outcome. Just last month, ECB President Mario Draghi provided a textbook example of how these negotiations could, and should, have progressed, when he outmaneuvered German opposition to the monetary stimulus that Europe clearly needed. Draghi spent months before the ECB’s January 22 announcement that it would launch quantitative easing (QE) in intense public debate with the Germans over which point of principle they chose as a “red line” – the point beyond which no deal would be possible. Germany’s red line was debt mutualization: there must be no sharing of losses if any eurozone country should default.

Draghi let Germany win on this issue, which he viewed as economically irrelevant. But, crucially, he was careful not to back down until the last possible moment. By focusing the QE debate on risk-sharing, Draghi managed to distract Germany from an infinitely more important issue: the enormous size of the QE program, which completely defied the German taboo against monetary financing of government debts. By conceding at the right time on an issue of no importance, Draghi achieved an enormous breakthrough that really mattered to the ECB.

Had Varoufakis adopted an equivalent strategy for Greece, he would have stuck doggedly to his demand for debt cancellation until the last moment, then backed down on this “principle” in exchange for major concessions on austerity and structural reforms. Or he could have adopted a less aggressive strategy: Concede from the start the German principle that debts are sacrosanct and then show that austerity could be eased without any reduction in the face value of Greek debt. But, instead of consistently pursuing either strategy, Varoufakis veered between defiance and conciliation, losing credibility both ways.

Greece started the negotiation by insisting on debt reduction as its red line. But, instead of sticking to this position and turning a debate over debt forgiveness into a Draghi-style diversionary tactic, Greece abandoned this demand within days. Then came the pointless provocation of refusing talks with the troika, despite the fact that the three institutions are all much more sympathetic to Greek demands than the German government.

Finally, Varoufakis rejected any extension of the troika program. This created an unnecessary new deadline of February 28 for the withdrawal of ECB funding and consequent collapse of the Greek banking system.

Greece’s idealistic new leaders seem to believe that they can overpower bureaucratic opposition without the usual compromises and obfuscations, simply by brandishing their democratic mandate. But the primacy of bureaucracy over democracy is a core principle that EU institutions will never compromise. The upshot is that Greece is back where it started in the poker contest with Germany and Europe. The new government has shown its best cards too early and has no credibility left if it wants to try bluffing.

So what will happen next? The most likely outcome is that Syriza will soon admit defeat, like every other eurozone government supposedly elected on a reform mandate, and revert to a troika-style program, sweetened only by dropping the name “troika.” Another possibility, while Greek banks are still open for business, might be for the government to unilaterally implement some of its radical plans on wages and public spending, defying protests from Brussels, Frankfurt, and Berlin. If Greece tries such unilateral defiance, the ECB will almost certainly vote to stop its emergency funding to the Greek banking system after the troika program expires on February 28. As this self-inflicted deadline approaches, the Greek government will probably back down, just as Ireland and Cyprus capitulated when faced with similar threats.

Such last-minute capitulation could mean resignation for the new Greek government and its replacement by EU-approved technocrats, as in the constitutional putsch against Italy’s Silvio Berlusconi in 2012. In a less extreme scenario, Varoufakis might be replaced as finance minister, while the rest of the government survives. The only other possibility, if and when Greek banks start collapsing, would be an exit from the euro.

Whatever form the surrender takes, Greece will not be the only loser. Proponents of democracy and economic expansion have missed their best chance to outmaneuver Germany and end the self-destructive austerity that Germany has imposed on Europe.

Anatole Kaletsky is Chief Economist and Co-Chairman of Gavekal Dragonomics and Chairman of the Institute for New Economic Thinking. A former columnist at the Times of London, the International New York Times and the Financial Times, he is the author of Capitalism 4.0, The Birth of a New Economy, which anticipated many of the post-crisis transformations of the global economy.