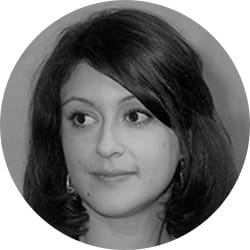 In a recent contribution, Francine Mestrum raised the concern that instead of degrowth, we are in need of a ‘positive alternative that will not make people afraid of the future but involve them in shaping it and making it sustainable’. While we share many of the conceptual points she makes, we decidedly oppose her reading of degrowth and hope to show that this positive vision is precisely what degrowth activism and scholarship aims at.

What is degrowth, actually?

Degrowth is an interdisciplinary academic discourse and a lively social movement which has evolved over the last decade. Mestrum contrasts the job of economists to develop more realistic models with ‘ecologists [who] never seriously consider the social consequences of their proposals’. Thereby, she uses the term ‘ecologists’ synonymously with ‘degrowth scholars’. Degrowth scholarship, however, unites natural and social scientists, with many (if not most) of us being trained economists, political scientists and sociologists. Degrowth opts for an interdisciplinary analysis of the multidimensional crisis (economic, ecological, of democracy, care, inequality, militarization…) of the current system and sees it as closely linked to the capitalist growth-paradigm. While there is a focus on the socio-ecological dimension of the crisis, defining degrowth as thinking about how to ‘equitably share the burden of ecological transition’, as Mestrum states, certainly falls short of what degrowth scholarship is about. 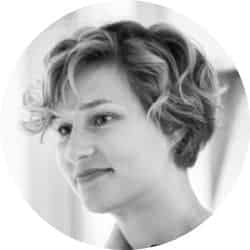 Degrowth, as ‘concrete utopia’ in the terms of Ernst Bloch, embraces both a grand vision of transformation towards a socially just and environmentally sound system and concrete steps towards this goal. These steps comprise radical grassroots initiatives, which in the sense of pre-figurative politics anticipate the ‘grand vision’ (e.g. the communal kindergartens of Marinaleda, the solidarity clinic in Thessaloniki or, in more general terms, community-supported agriculture projects, timebanks etc.). Furthermore, specific policies are put forward as concrete steps, such as eco-taxes, a reduction of wage work and different ideas of decoupling wage work from enjoying a secure livelihood, but also the social policies that Mestrum suggests, such as environmentally-friendly housing and better (why not free?!) public transport. We very much agree with her when she writes that ‘feminist economics also delivers new concepts and new insights that could be very useful for the economy of the future’. In a recent article, Corinna Dengler and Birte Strunk show how feminist economics can (and should!) be integrated into degrowth thinking using the concrete example of a work-sharing policy.

Degrowth does not mean across-the-board degrowth

Mestrum suggests that ‘it is obvious that not all economic growth destroys nature’. She goes on to pose the rhetorical question: ‘If the unpaid household work of women were integrated into Gross Domestic Product, it would lead to 30 percent growth […] Destructive? Or evidence of the inadequacy of GDP as an indicator?’

There is broad consensus among degrowth scholars that sustainable degrowth is not to be confused with across-the-board degrowth. While taking a clear stance against coal mining, the weapons industry, nuclear power, and most of the chemicals industry, degrowth proponents decidedly advocate for certain sectors (care, renewable energies etc.) which still have to grow, or, as degrowth proponents would rather put it, flourish. What about the grey zones in between? Will there be a world without mobile phones? Most probably not. Degrowth proponents are commonly sceptical when it comes to technological fixes as panacea for ecological problems (and – if we look at the extensive research on rebound effects – rightly so!) but this does not mean that they reject technology per se. Andrea Vetter’s matrix of convivial technology is an interesting point of departure when discussing not so much the question of whether or not there will be mobile phones and airplanes, but the question of how we produce and/or use them.

Paul Samuelson’s well-known If one marries the cleaning person – the GDP shrinks! economic textbook example certainly shows the ineptitude of GDP both as a measure of a nation’s total economic activity, let alone as an indicator for well-being. While taking feminist GDP critique as a starting point, as feminist degrowth proponents, we do see other problems with integrating reproductive work into GDP. Among other things, this would widen the realm of money- and accumulation-driven social relations and re-enforce the centrality of GDP. Degrowth scholars and activists involved in the ‘Feminisms and Degrowth Alliance (FaDA)’ network are currently discussing strategies of progressive de-commodification of care that could counteract the development of care as ‘valorized but not valued’.

Degrowth is not less of the same, it’s simply different!

At its core, degrowth wants to break with the status quo at multiple levels – therefore, it cannot be considered simply ‘less of the same’ as Mestrum states. While degrowth certainly aims at a less materialist society, we would suggest that instead of ‘ask[ing] people constantly to be satisfied with less’, degrowth envisions a way of living with an emphasis on ‘being’ rather than ‘having’, on more time sovereignty and on more conviviality.

One might argue that ‘degrowth’ is quite a pessimistic term for such a vision. To some extent, we agree and – like many degrowth scholars and activists – we spend a lot of time explaining that degrowth neither means across-the-board degrowth nor joyless renunciation. Inventing a new name or calling it ‘the good life’ might be an option to reframe this conversation. However, this would not only fragment the movement, but also carry an inherent danger of dilution (think of the term ‘sustainability’) and capitalist co-optation (think of Uber and Airbnb as manifestations of a ‘sharing economy’). The term ‘degrowth’ carries a radical critique in its very name. To our minds, the radicalness inherent in the term ‘degrowth’ is an advantage.

The latest IPCC report is very clear about how little time we have left to change our ways of living in the face of climate change. If we want ‘degrowth by design’, and hence a socially just transformation towards sustainable society-nature-relationships, rather than ‘degrowth by disaster’, we need to embrace growth pessimism but degrowth optimism.

Corinna Dengler and Lisa Marie Seebacher are degrowth scholars, activists and friends. Corinna holds degrees in Economics (B.Sc.), Development Studies (B.A.) and Socio-Ecological Economics and Policy (M.Sc.). She is currently working as a research assistant and writing her PhD thesis on integrating feminist economics and degrowth at the Chair for Feminist Economics in Vechta, Germany. Among other affiliations, she is a member of the coordination group of the Feminisms and Degrowth Alliance (FaDA). Lisa holds a degree in Development Studies (B.A.), Sociology (B.A) and Socio-Ecological Economics and Policy (M.Sc.). She has written her master thesis on feminist questionnaire construction and tries to implement these ideas in her daily work life as a researcher at the Centre for Social Innovation (ZSI) in Vienna, Austria.