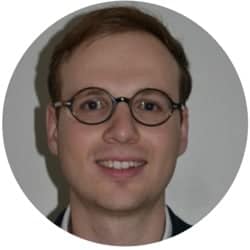 On June 5th, 1947, the US Secretary of State, George C. Marshall, said at Harvard University:

The remedy lies in breaking the vicious circle and restoring the confidence of the European people in the economic future of their own countries and of Europe as a whole.

Sixty-eight years later, the need for a European economic revival has re-emerged, but this time the cure can’t come from across the Atlantic but from European countries themselves, with the support of their 500m citizens.

Initiated in 2014, the European Fund for Strategic Investments (EFSI) – better known as the “Juncker Investment Plan” – is strong on ambition and range of key targets: infrastructure, energy, innovation, education and SMEs inter alia. But we believe there must be an equally ambitious, radical source of financing: crowdfunding.

Juncker “earmarked” almost €315bn to finance European sustainable growth through more than 2000 identified projects representing a total investment volume estimated at an eye-watering €1300bn. But this is mainly a statement of intent. In real terms, only €21bn from the EU budget and the European Investment Bank will go to replenish the EFSI as a financial guarantee, and the plan counts on a multiplier effect through borrowing and private investment to achieve its multi-billion target. However, the projects led by SMEs are not as numerous as expected, due among other things to the complexity of the project submission process. And there is no means of ensuring that private funds will produce the multiplier effect expected from the confidence boost.

Crowdfunding to the rescue of European investment

To achieve good allocation of resources, transparency and economic efficiency, a 3.0 cure exists: crowdfunding. Imagine a single European platform managed by the EFSI called www.invest-in-your-europe.eu. How would it work? Firstly, project owners would submit simplified proposals that are due-diligence checked by the EFSI. If the projects fulfil the eligibility criteria set by the Plan, they would then be published on the platform.

For example, SMEs dealing with the internet of things, robotics, low carbon technologies, blockchain or energy storage would submit their application online for European financing. The EFSI committee would evaluate each project by analysing the business models of these SMEs as in the current Juncker Plan: societal and economic value, economic and technical viability, consistency with EU state aid rules. Each project that successfully went through the evaluation process would be published among the other projects on the platform, and be able to begin a crowdfunding campaign. Then one would carry out communication actions in different languages in traditional and social media, as well as mobilize investing communities during European events.

Potential investors, made aware of the projects by EU publicity means, would then go on the platform and discover the wide range of investment opportunities. After registration, they would get enough information on projects to decide which might be for them the most interesting opportunities. To get detailed information and finally invest, investors would need to upload their KYC and fulfil an investor adequacy test to ensure that they are fully aware of risks and benefits.

Every project would set a deadline for the investing campaign after discussion with the EFS, with a timeline from one week to 2 months. A project that reached its targeted fundraising amount on time would be financed; a project that misses the target would not be funded and the investors financially involved in the project would recover their investment. From an investor’s point of view, a diversified portfolio would mitigate the risk of the financial assets they invest in.

Imagine this 3.0 Investment Plan where participants are not just institutional investors but also local authorities, corporate entities, foundations and ‘Ordinary Joe’ citizens, etc… They would all equally receive financial returns according to the financial structure of the project they invested in. Furthermore, involving all the European economic actors would handle enough liquidity to bridge the equity gap. An amazingly innovative, pan-European form of crowdfunding!

Crowdfunding offers all Europeans, both physical persons and legal entities, the opportunity directly to co-invest in projects in which they believe. Through this platform, the EU would build a new relationship with its citizens by making them partners and offering them real transparency on the use of funds. The citizen would have a say on and interest in the EU’s investment policy and its future.

Such an innovative process could bring several important economic benefits: it signals that European savings are financing the long-term economy, reduces the structural cost of projects by limiting public and financial intermediaries and optimizes the allocation of resources thanks to the investment decisions made by multiple investors and entrepreneurs rather than by a single committee. The mobilization of a crowd for a project is always a strong signal about its viability. Public guarantee mechanisms and harmonized fiscal incentives would further boost those strategic investments.

This new way of thinking about and designing public investment, at a time when budgets are shrinking and when it is more necessary than ever to prepare for tomorrow’s economy, is a realistic and ambitious challenge for Europe. For the EU it would be a stunning sign of political maturity, a bold move to reach out to its citizens and a to be wished for use of the latest technological innovations. With this multi-stakeholder and pan-European financing tool citizens can finally build, invest in and, above all, believe in their future.