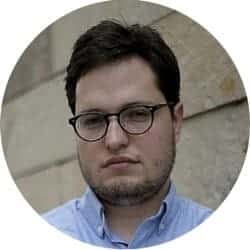 A valuable insight into the conflicts within the IMF and especially between the executive board of the organization and its management and staff has emerged from a recent internal report into the body’s handling of the Eurozone crisis – specifically Greece, Ireland and Portugal. At the hearth of this conflict was the decision-making process, which led to the disregard of technical judgments and internal procedures in favor of choices of a political nature that were adopted in European capitals.

The bulk of the criticism focuses on the IMF’s involvement in Greece starting in 2010. The Independent Evaluation Office (IEO) is especially critical of the political intervention by European countries in the IMF’s decision-making process regarding the Greek program. The most important example of the internal contradictions laid bare was the decision not to restructure Greek debt in 2010. Even though staff members provided warnings regarding the viability of a program that excluded debt restructuring, management disregarded those concerns playing fast and loose with the internal rules of the organization. This included foregoing the option for a debt restructuring without supporting technical evidence and deceiving members of the Executive Board regarding the implications of the program. As senior management of the organization was more preoccupied about addressing the political calculations made in Brussels and Frankfurt than in tackling the significant economic challenges faced by Greece, the result was a program doomed to failure from its inception. First, as one of the IEO background papers points out: “the decision not to seek preemptive debt restructuring fundamentally left debt sustainability concerns unaddressed, magnified the required fiscal adjustment, and thereby— at least in part—contributed to a large contraction of output and a subsequent loss of Greek public support for the program”. Second, the IMF program committed the cardinal sin of creating moral hazard as it facilitated “the most dramatic credit migration from private into official hands in the history of sovereign debt”.

Against this damning indictment, Christine Lagarde has defended the IMF’s actions on the grounds that despite its shortcomings, the program “enabled Greece to remain a member of the Euro Area—a key goal for Greece and the Euro Area members”. From the perspective of the IMF’s articles of agreement, this claim holds little water. Whereas Greece is a country member of the organization, the Eurozone is not. By extension, the IMF should have given priority to the protection of the interests of the former. Instead, the IMF sided with its European shareholders, turning the Greek program into a “holding operation” that gave the Euro area time to build a firewall and prevent contagion while inflicting significant damage on its country member.

Thus, the fact that it was the mainly the Eurozone, and not Greece itself, that stood to benefit from the program should inform any discussion on the distribution of its costs. Not only was Greece left on its own to shoulder the burden of an unsustainable debt but it also became the scapegoat for the failures of both IMF and Euro area governance. Given the clear-cut public good aspect of this type of program, its costs should have been distributed among those who stood to benefit from it. Indeed, as the IMF itself has suggested, “the burden in such circumstances should not fall wholly on the member for whom the program is being granted… but should be shared more widely.”

Sadly, as the recent agreement on Greek debt shows, neither the IMF nor the Eurogroup are anywhere close to assuming responsibility for the damage their policies have inflicted on Greece. Instead, they just insist on extending and pretending. Both the Eurogroup and the IMF continue to refrain from providing the country with specific measures that ensure long-term debt sustainability. While the former has made clear that any concrete measures beyond those agreed last May depend on difficult to attain macroeconomic and structural reform targets (thus shifting the blame of any future “misfortune” onto Greece), the latter is still to decide whether it will participate in the third rescue program for the country. Even though the IMF recently modified again its lending rules, in order to close the loophole that allowed it to participate in the Greek rescue program, it remains unclear what will be the outcome.

On the one hand, IMF staff are making a clear effort at breaking with their past of “panglossian” projections when it comes to fiscal and growth targets for Greece. In its latest assessment of the country, the IMF leaves no ground for uncertainty regarding the problems of the current agreement when it points out that “further debt relief will be required to restore sustainability going well beyond what is currently under consideration”. On the other hand, and despite any degree of optimism that the previous statement might generate, a glance at the history of the IMF shows its tendency to keep its support for failed programs well beyond their expiry date. As the experience of Argentina shows, once a program goes off track, the organization focuses on saving face by refusing to acknowledge failure instead of fixing the underlying problems. More to the point, it’s important to remember that all of the decisions taken by the executive board regarding the Greek program have counted upon unanimous support, with just one exception. In this sense, and given the large voting power of European countries on the board, it’s difficult to see how the IMF could manage to disentangle itself from the Greek program. Without concrete measures to “minimize the room for political intervention in the IMF’s technical analysis” it’s unlikely that the ongoing internal criticism will amount to anything beyond a superficial mea culpa.

Daniel Munevar is a former advisor to Yanis Varoufakis. In the past he worked as fiscal advisor to the Ministry of Finance of Colombia and special advisor on Foreign Direct Investment for the Ministry of Foreign Affairs of Ecuador. He has a Masters in Public Affairs from the LBJ School at the University of Texas at Austin.