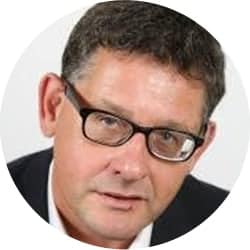 On Sunday, the Italian President, unhappy with the finance minister that the almost new Italian government proposed, decided to blow up the democratic process rather than accept the outcome of the March election. Just to be absolutely clear: President Mattarella was well within his rights to do what he did – it is the constitutional duty of the President to protect Italy’s wider interests. And some of the policies, economic and otherwise, of the populist coalition between the Lega and M5S, as well as the main characters in the story, do not and did not inspire confidence.

But there are two problems with President Mattarella’s actions. The first is that it is never a good thing in a democracy if an indirectly elected politician throws out the plans of directly elected politicians. Whatever we may think about the almost-new-coalition-government, they had a more or less coherent programme and a functioning majority – or better, perhaps. Neither were any worse than most of the forty-six post-war Italian governments, and definitely less lugubrious than the Berlusconi administrations of the past 25 years. And it shows little political sense to put hope in the Italian people to elect a different government in five months’ time, after a government of technocrats will have imposed more austerity to calm financial markets. And that brings us to the second problem. It is far from clear if Mattarella actually had the best interests of Italy in mind. The key problem is that Italy suffers disproportionately from the rigidity of the eurozone’s rules. Unable to devaluate and locked in a monetary straightjacket, Italy’s export sector is suffering. In the past, periodic organised devaluations resolved the problem by reducing competitive pressures in the short run, buying some breathing time, and allowing companies to restructure. While that imposed adjustment costs onto stronger trading partners such as Germany, that country has a domestic institutional set-up that allows it to regain competitiveness far more easily than the institutionally weaker members of EMU such as Italy (and Spain).

This is exactly what has happened since 1989, when Germany’s competitiveness took a series of hits (the 1:1 East-Mark conversion in 1990, the ERM alignment in 1992, the formal Maastricht criteria that reduced domestic inflation rates elsewhere to German levels, and the institutional Maastricht criteria and their domestic responses that introduced deflationary incomes policies in all prospective eurozone members). A small mutual adjustment between Germany and Italy would, in that context, hardly register on the map of German exports. I explained the basic mechanism underlying that in a EUROPP blog post over six years ago and in an article in Transfer.

Not only is Italy not very happy in a monetary union – the eurozone is, as we have discovered, a particularly dysfunctional economic set-up with absurd rules that force countries into deeper recession when things go wrong, and with a de facto pro-cyclical monetary policy that produces empty inflationary euphoria. Member states with a high inflation rate face a lower real interest rate and vice versa, while countries with a low inflation rate improve their competitiveness through a depreciating real exchange rate. Italy is part of the high-inflation, low RIR and high RER member states, while Germany is in the low-inflation, high RIR and low RER camp. The upshot is that the Italian export industry slowly dies, while its German counterpart has never been leaner (though not necessarily healthier).

It is far from clear if such structural imbalances between member states can actually be addressed in the eurozone, but dismissing a popularly elected government whose idea was to correct that situation through a domestic expansion is, under the circumstances, not necessarily in Italy’s long-term interests. It is also far from obvious that installing a technocratic government led by an unreconstructed ex-IMF official will resolve Italy’s economic problems. One commentator pointed out that the Troika doesn’t need to come to Italy; it leads the government. My money now is on stronger populist parties in the autumn elections, a collapsed left and a centre-right that sees itself as the only bulwark against a populist quasi-dictatorship.

In short, whatever you may think of the M5S and Lega’s economic policies – and some are, indeed, mad – they are the first to actually grab the bull of EMU by the horns and argue for a different adjustment path. And whatever you may think of Italian voters, these parties did so with a majority of the electorate supporting them. Bertolt Brecht would have been proud of Mattarella.

Bob Hancké is an Associate Professor of Political Economy at the LSE. His research interests include the political economy of advanced capitalist societies and transition economies as well as macro-economic policy and labour relations.