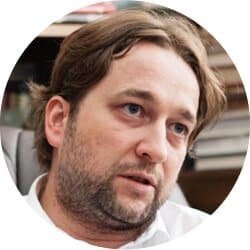 With ongoing hyper-globalisation, but especially since the beginning of Europe’s migration crisis, European society as a whole, including the Left, has seen the emergence of two extreme camps engaging in a philosophical trench warfare. The ultra-liberals and the ultra-conservatives. Socialist concerns have been suppressed. And that is a mistake.

A culture war has erupted in Europe, and it’s happening even amongst left-wingers. On the one hand, we have the liberal cosmopolitans who “welcome” refugees, advocate supra-national identities, consider borders obsolete, and have an inclination to label working-class people with some conservative prejudices as pure fascists. On the other hand, there are the traditional socialists who distrust globalisation, supra-national projects and individualistic liberal values. They consider the post-material “New Left” ridiculous and they blame it for the fact that working-class voters are leaving the Left and beginning to vote for the far-right. In their extreme, both these attitudes are dangerous – one leads to neoliberalism, the other to nationalism.

The ultra-liberal part of the Left is gradually changing to a more social version of liberal globalism, and it fights hand-in-hand with right-wing neoliberals for a world without borders. In this kind of world, transnational capital can exploit people all over the planet without any constraints from the nation states, but the social globalists add to this grim neoliberal picture a promise of a brighter tomorrow in the form of a global welfare state and transnational regulatory bodies.

The problem is that, in reality, even the strongest one of these transnational bodies – the European Union – sometimes behaves like a neoliberal tank that crushes the social achievements of the post-war era. Look at the neoliberal rape of Tsipras´s Greece or the Americanization threat of TTIP. And there is nothing else besides the EU that would even begin to look like a more progressive and cosmopolitan order. Whether we like it or not, the cosmopolitan “brighter tomorrow” is nowhere in sight. In the meantime, we live in a cruel neoliberal reality, in which the cosmopolitan Left loses out, and transnational capital takes all. That is why liberal cosmopolitanism is not just a utopian concept, but also a dangerous one. It is useful for transnational capital, which wants to get rid of the socially protective measures of nation states.

It looks even worse when we look at cosmopolitanism through the prism of electoral mathematics. Paradoxically, despite the decades-long progress of hyper-globalisation, a somewhat compact cosmopolitan identity has been achieved mainly amongst the higher middle class – amongst businesspersons, artists, scientists and elite students of global universities who regularly travel across the world and their place of birth is nothing for them, but a banal data point in their CVs. On the other hand, the social groups that the Left traditionally stands up for generally don’t have a cosmopolitan identity. They are integrally connected to their homelands, because they don’t have the resources, the education, nor the real freedom to travel around and enjoy the magic of living as a global citizen.

The political consequences are grim. At the end of day, this kind of globalised liberal Left turns its back on the Left’s traditional electorate, and, if anything, appeals mostly to an educated, reasonably wealthy, globalised and mobile middle class. The problem with this is that these people don’t seem to care about left-wing economics. They are willing to advocate some limited form of welfare state at best, but their priorities lie elsewhere. They care about lifestyle or the recognition of minorities – in short, post-material topics. Their material needs are, after all, already met, so they don’t need to care about questions of poverty and exploitation of the working class. They would rather have a fine raw cake in their favourite café than go out and fight against transnational capital.

This brings the more radical alter-globalist Left to a stalemate – it is quite problematic to fight for socialism if your allies are the people who are comfortable in global capitalism. Thus, the priorities and the electorate of the liberal Left have been changing – no more are they working-class people and poor employees, nowadays more of them are urban liberals, minorities, the LGBT community, the NGO activists and so on. The Left is becoming a kind of postmodern liberalism, in which social and economic radicalism finds no home. Farewell, socialism.

The opposite element among socialists, the more conservative and nationalist one, however, is no better, either. It sometimes adopts the far right’s nationalistic, xenophobic and Islamophobic attitudes.

The Left has to fight against fascism and racial hatred. But we must not express contempt for people of lower social classes with their fears and prejudices. This is crucial. Without them, there is no Left to speak of. That is also why we must not overlook the real security, economic and cultural risks that might stem from the migration crisis. Be it terrorism, protection of progressive European values against religious irrationalism, global pressure on employment and social standards or the loss of national identity, all of these are important and sensitive topics for the working class.

True leftists do not view the dilemma between liberalism and conservatism as a key issue. They know that the Left’s job is, first of all, to advocate the social and economic interests of working people – our topics are the fight for democratic socialism, the welfare state and social protection and against exploitation, poverty and inequality. The Left can – and should – be politically moderate when it comes to cultural questions, it can adjust its progressive priorities according to the level of cultural development of our own communities. However, when it comes to economics, the Left must be radical and search for socialist alternatives to neoliberal global capitalism.

Ľuboš Blaha is a Slovak neo-Marxist philosopher, political scientist, journalist and left-wing politician. He is a member of the National Council of the Slovak Republic for the social democratic SMER-SD party and the Chairman of the parliamentary Committee on European Affairs.