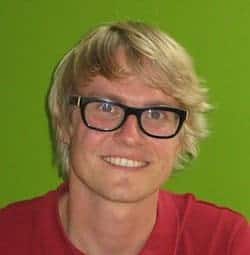 With the upcoming European elections, political parties on the left are paying lip service to the call for a European minimum wage policy. Such a policy would serve as a first step in the development of a more social Europe, enhance the legitimacy of the Union and could contribute to a wage-driven growth model for Europe. A European minimum wage policy would mean a radical shift in the policy orientation of the Union and by consequence the campaign for such a policy will be long and exhausting. Luckily, the European left can learn from two very recent and largely successful minimum wage campaigns in Europe: Germany and Switzerland. 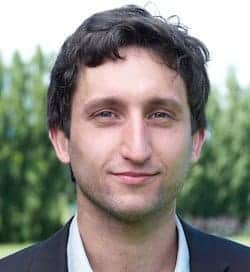 In both countries there is (up until now) no universal minimum wage. Strong union power and a tight labour market resulted in relatively high wages so that there was no pressing need for such a legally binding minimum wage. Collective bargaining did the trick. This nevertheless changed in recent years. Growth slowed down, unemployment figures rose and union power declined. Definitely in the female dominated service industries wages plummeted.

In Switzerland it was the small and relatively young service sector union UNIA that started campaigning for a minimum wage. In a first step they focused on increasing minimum wages through collective bargaining. As their demand went against the neo-liberal economic consensus, they invested heavily in developing both an economic and ethical argument. Academic research showed first that a minimum wage would not lead to a social bloodbath or cause an economic downturn.

On the ethical side, naming-and-shaming campaigns focused on particular companies paying indecent wages to their employees. All in all, research of Oesch & Rieger showed that this campaign was relatively successful and led to an overall increase of wages in Switzerland through collective bargaining. Some years later, the unions decided to change their strategy and joined an alliance of political parties and NGO’s for a universal minimum wage.

In Germany, just as in Switzerland, the initiative for the minimum wage campaign came from a small union. The NGG (Gewerkschaft Nahrung-Genuss-Gaststätten) opened the debate without waiting for a consensus in the DGB. After some hesitation, the larger service union Ver.di joined in and it was only after 6 years that the DGB congress decided to support this struggle for a universal minimum wage in Germany.

Also here, the unions invested in the development of an economic argument on the necessity and feasibility of a national minimum wage. Public campaigning and political lobbying resulted in the adoption of the demand by the SPD and the inclusion of (some kind of) a minimum wage in the recent policy program of the CDU-SPD coalition.

In the wake of the European elections, the political parties on the left can learn some essential lessons from these recent national campaigns. First of all, the importance of making a strong economic argument is evident. In the current ideological context, it is of central importance to make a strong case that a European minimum wage policy will not lead to a social bloodbath and will not affect economic growth and employment levels.

Second, we note that in both countries labour unions took a central role in the campaigning. Minimum wages affect the core of the labour union interests and their mobilizing power should be used effectively to push forward this demand. Related to this, we observe that in both countries the initiative was taken by smaller partners. They did not wait for a consensus in the labour movement but constructed this consensus during public campaigning.

Given the missing consensus on this issue in the European Trade Union Confederation, this last lesson is of central importance to the partisans of a European minimum wage policy: the slowest should not set the pace.