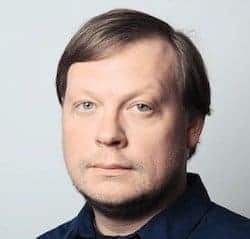 We can all recall an enthusiastic Commission President Jean-Claude Juncker. Shortly before negotiations with Greece broke off at the end of June he supposedly promised Alexis Tsipras an investment package worth €35bn. At first glance this sounded pretty generous, particularly for a country in which, since 2010, the stock of capital has shrunk because Greeks are no longer fully replacing worn-out machines and plant.

Even so, the Commission itself assumes that the stock of capital will continue to shrink until 2016 at least. Just one figure is enough to give you an idea of the extent to which productive capacities in Greece have been laid to waste: in Germany the equivalent of €600bn worth of capital and thousands of jobs would have been lost by 2016.

So any seed capital appears more than welcome if the economic depression in Greece finally comes to a halt. But we’ve already learned that these promised EU monies are in the main drawn from current Structural and Investment Funds which each country can call upon willy nilly – just as with the subsidy pots for farmers.

What Mr Juncker didn’t tell us straight up – and the Commission didn’t publish in detail until last week – is that hidden behind the €36bn (the exact total) due to Greece in the period 2014-2020 there is a significant decline in EU aid. Compared with the period 2007-2013 Greece should get, on current reckoning, 14% less – that’s around €6bn less.

In concrete terms: Monies from the fund drop from €24bn to €20bn and the farming subsidies (direct payments to farmers and market support measures) from €17bn to €15bn.

Hardly a surprise therefore that Tsipras didn’t exactly shed tears of joy at so much generosity. Either Juncker himself didn’t understand what he’s talking about or he’s just acting like a demagogue.

So, whilst the EU is cutting back its aid in real terms for Greece, there’s another serious impact on top that is now choking the Greek economy’s recovery. This has to do with the EU’s payments model. Thus, many countries don’t draw down available monies until the end of a given financial period while a new period is normally very slow to get going.

We could easily see this model at work last year in several central and eastern European countries where, towards the end of 2013 and 2014, huge sums were drawn down from the pots of development funds. Hungary is the best example of this. Exactly the same thing happened in Greece as an EU Commission review reveals.

This payments scheme might have, as in eastern EU member states, helped bring about a substantial economic boost in 2014 in Greece. We recall that the Greek economy actually grew slightly and investments then rose for the first time since the financial crisis – albeit with an ever-shrinking stock of capital.

What has obviously helped is that the Commission reduced the co-financing element from the Greeks to 5% from 15%. What’s more, the start of the new EU budget period in 2014 brought with it a steep rise in subsidy payments. At end-May 26% or €4bn of the direct aid for farmers set aside for up to 2020 had already been paid out.

Let’s just assume that there was last year an extra financial stimulus via the EU of €3.5bn: this would have brought extra growth worth at least 2% of GDP – putting Greece on a sound path. It says a lot that this “sound path” was strongly influenced by this asymmetrical EU payments model – which is not wrong in itself.

The Economic Slowdown Was Foreseeable

But: This positive impact will have a dampening effect this year unless there are counter-measures. So far, out of the fund for 2014 to 2020, just about 2% or around €400m has been paid out.

So, if – only now (!) – the EU makes available monies from the old payments period (over €2.5bn) with zero per cent co-financing and adds on €1bn pre-financing from the new period then the effect would be that this economic dampener could be just about offset.

A genuine investment spur – urgently required – remains absent. And Syriza was right to demand from the moment it took office a better aid programme from the troika – and, with its back to the wall, tried everything. Of course, the former finance minister of Greece Yanis Varoufakis can be criticised somewhat but has anybody a better idea of how to break down the stubbornness of our German finance minister who obviously knows very little about economics if he goes on and on about rules that quite clearly strangle an economy to death?

So Mr Schäuble can continue to posture and assert that Greece was on the right path last year. No, it wasn’t and never could be if the Commission still expects a shrinking stock of capital until 2016 – something that normally only happens in wartime. But nobody is acting against this economic downward spiral; it will just be tightened even more with yet more spending cuts and tax rises. And this is what they call European solidarity. That’s simply too sad for words.

PS: A maximum €12.5bn is planned for investment out of privatisation receipts. But, first, Greece has to sell off assets for €50bn. Germany insisted at first that this be achieved in three years. The compromise now envisages 30 years while the €50bn figure is not really set in stone. Either way, we can simply forget about this €12.5bn.

André Kühnlenz is a Managing Editor of the Austrian business daily WirtschaftsBlatt covering Central & Eastern Europe and Emerging Markets. From 2007 to 2012 he worked as an Economics and Financial Markets Correspondent for Financial Times Deutschland.