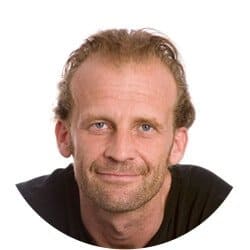 In pay-as-you-go (PAYG) pension systems claims are tied to the development of GDP as well as wages and salaries. This not only makes economic sense, because the pensioner’s claims are tied to the volume of goods and services available, but provides considerably more reliability. While rates of return on financial markets fluctuate drastically and unpredictably, national income and wage bills develop comparatively steadily.

The issue of the higher reliability of the PAYG system is less controversial than that of the alleged higher returns of funded systems. Significantly higher rates of return are often cited as a supposed advantage of fully funded pension schemes. While the claims in PAYG develop in conjunction with wage growth, financial investments would bring higher benefits due to higher capital market returns. Therefore, future pensioners taking part in a PAYG system would significantly lose out on future income. Particularly towards the end of the 1990s – spurred on by a lengthy phase of excessive equity performance – exaggerated return expectations were common and capital market risks significantly underestimated. Following the massive stock market slumps in the early 2000s and the crash in 2008, a certain sobering-up has occurred but inflated return expectations continue to prevail. 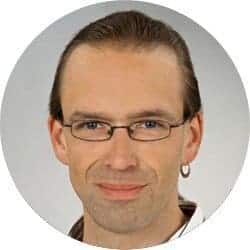 Here we focus our analysis on an empirical verification of questionable higher rates of return of funded systems and of the plausibility of assumptions for returns on pension funds. According to our findings, even the latest return simulations by the OECD are unrealistically based on high return assumptions – assumptions that have been made on the basis of non-representative observation periods.

The OECD published return simulations in 2009 which are used to help prove their return assumptions for funded pensions in its long-term projections. Data from the 1980s up to 2006 were used in the simulations to estimate variations of future returns for a time period of 45 years. Obviously, the analyzed period of time leads to a clear overestimation of returns. The implications of the financial crisis are not only thereby neglected, but also periods of time are used as base-periods which, due to excessive equities and bonds performance, can in no way be considered representative. The unusualness of the period chosen must have struck the authors, as they themselves report that, based on the returns of the 25 years prior to 2006, one could double one’s assets adjusted for inflation with bonds every 13 years and with stocks every nine years.

When historical data over a long period of time rather than relatively short and non-representative observation periods is used, it becomes apparent that a considerably more sober estimate of future return expectations is necessary. Not only does the supposed return advantage to funded schemes prove unfounded, it also becomes clear that the return assumptions backing long-term pension projections need to be lowered substantially.

We calculated average total gross returns of ‘balanced portfolios’ (50% equities, 50% bonds) over 40-year investment periods – approximately the duration of employment — based on historical US data from 1927 onwards. The average gross total return on a ‘balanced’ portfolio turns out to be 4.2%, which is 3.6 percentage points below the US value used as an empirical basis for OECD return simulations (7.8%).

Furthermore, the empirical gap between average real gross return and average real GDP growth turned out to be very small: Average real GDP growth of the US over the same period is 3.6 percent, exactly 0.6 percent less than empirical gross total return on balanced investments. The gap is therefore so small that the average effective return – after deduction of costs – that can be realistically assumed for funded pension schemes should be (considerably) less than average GDP growth. This means that no evidence for a return advantage to funded schemes could even be found for the US, despite its long phase of development free of the destructions of war on its own soil, and despite its highly advanced financial markets.

The former basic assumption of a future real effective return of 3.5 percent in the OECD’s long-term projections, as well as that of 3.0 percent made by it now (2015) and likewise by the EU Commission (2014) in the 2015 Ageing Report proves to be substantially exaggerated. This is all the more true when one considers that long-term attainable returns are largely influenced by macroeconomic development, and thus plausible future return assumptions cannot be made untethered from assumptions on future GDP growth. In the same long-term projections, on which those assumptions of 3.0 percent returns are based, considerably lower real GDP growth rates for the future are hypothesized, and presumably, rightly so.

Whereas average long-term real US GDP growth of 3.6% served as the basis for the 4.2% indicated above as the (empirical) average real gross return on a ‘balanced’ investment, long-term projections by the European Commission for the whole EU for 2013 to 2060 are based on a real GDP growth rate assumption of only 1.4%. In the OECD’s long-term projections real wage growth assumption was reduced from 2.0% to 1.25%. Therefore, the implicit OECD assumption regarding the gap between effective returns of pension accumulation and GDP growth was even increased by this change.

The basic assumptions on future real effective returns thus require a substantial downward correction, which would have considerable implications for anticipated amounts of funded pensions. As a rough approximation upon a return reduction of one percentage point, the replacement rate, which is the percentage of a person’s pension to its pre-retirement income, would drop by more than 20 percent. Realistic expected rates of return lead thus to substantially lower funded pensions, and depending on the weighting of the funded part, would lead to accordingly lower total pensions. This is of great importance for assessment of the long-term adequacy of pension schemes as well as for assessment of their financial sustainability.

A fuller analysis is available here.