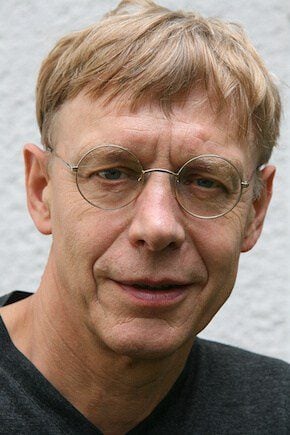 Many protest movements grow up first of all well away from the glare of public attention. They create an infrastructure of communication and mobilization, gradually expand the number of their supporters and their public appearances and, thereby, finally, gain national or even international visibility. The labour movement, women’s movement and ecological movement are examples of this.

In other cases, a protest movement appears to come from nowhere and, with its very first activities, captures the limelight. The wave of protest against the German Hartz IV labour market reforms in 2004, the Occupy demos in 2011-12, the “Monday vigils for peace” in the summer/autumn of 2014 as well as the current Pegida movement: these all fall within the category of movements which – much to our astonishment – flare into life and rapidly die away like shooting stars.

How to explain the dynamics and attractiveness of the protest movement that caught our breath recently? Pegida, started as a Facebook initiative by Lutz Bachman and a few like-minded people in October 2014, grabbed an inordinate amount of attention across Germany within just two months even though, compared to other protest movements, it was just a medium-sized one. According to police data, Pegida got 25,000 supporters out on the streets of Dresden, its place of origin, just once. Putting aside Legida in Leipzig, Sugida in Suhl and Bagida in Munich, they could assemble fewer than 1000 in other places while counter-demos, especially in the western part of the republic, trumped supporters of Pegida branches several times over.

If one wants to understand “Patriotic Europeans against the Islamisation of the West” as a socio-political phenomenon, then one has to deal, economically speaking, with the terms of its production and distribution. So, we’re concerned here with the raw materials behind the protest and their processing and marketing along with a media echo chamber – without which Pegida would scarcely have been able to set itself up. We’ll approach these three elements in what follows below. 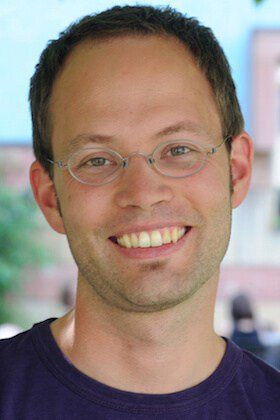 Pegida’s success in mobilizing and agenda setting rests on channeling discontents which up till then had barely been seen on the streets. The demonstrations effectively became an open forum for resentments which – as in the “German circumstances” found by conflict studies researchers in Bielefeld – had been identified over many years in broad sections of the population. Anti-Muslim racism is spreading far and wide. You can see it not only in the long-standing weird mini-parties such as ‘Pro Cologne’. Its popular base had become obvious earlier, in the book sales of Thilo Sarrazin, in the success of the ‘Politically Incorrect’ blog and, not least, in the headlines of best-selling news media.

What’s more, there’s a widespread disenchantment with established politics. It shows up as a generalised criticism of people in politics with the basic feeling of being deceived and lied to. Until Pegida emerged, people vented this discontent among a small circle of friends or in online comments beneath news reports. A large portion of Pegida supporters had virtually no experience of protesting until the “Monday promenades”. Pegida gave shape to this raw material of dissatisfaction and resentment and obviously enabled it to manifest itself publicly.

The Production Process: Street Protest As A Stage For Right-wing Populist Resistance

Pegida reduces multi-layered and, in many ways, ambiguous social realities to a few simple truths (Poster: “FRG = Dictatorship”). There’s only right and wrong, us down below and them up on top, adherents and enemies. Put psychologically, they cannot tolerate ambiguity or the readiness to recognize and accept other views. This Manichean philosophy comes out in a virtually liturgical protest. Protest as indictment, self-assertion and solution in one. The Monday protest serves to reaffirm oneself in a hostile landscape. Assemblies are staged as the articulation of an authentic and single-minded will that is expressed in speeches, programmatic demands, choruses, flags and banners. The proof of the pudding appears to arise from the mass of the assembled yea-sayers as in the motto: Since we’re the People, we must be right. Anybody saying the opposite must be a traitor to the country. So, one banner reads: “Economic refugees and traitors, quit Germany!” The movement and its meaning remains confined to the assembly. Outside the demos, there’s no Pegida, its supporters are not linked together.

During the evening promenades, the protesters don’t simply style themselves as victims of a false politics but of a failed system (Banner: “The system is finished – we are the change.”) Thereby, the criticism of the governing classes and media doesn’t come from a processed, well-argued disputation – as in the case of opponents of nuclear energy or of the Stuttgart 21 Plan; rather, it repeats suppressed “truths”. It’s not by chance – or so we can see from analyses of what Pegida’s Facebook community consumes in the media – that top of the pops is not only right-wing web-sites such as Politically Incorrect but also proponents of conspiracy theories. Pegida here is similar to the (now run-down) “Monday vigils for Peace” at which criticism of “toe-the-line media” first saw the light of day.

The other side of this victim’s role is an imagined act of self-empowerment. Here the cypher of resistance plays a key role. A hand-painted banner ranks Pegida among the historic moments of resistance; without words, it just says: “1953, 1989, 2014-15.” The author of this resistance movement is “the People”: homogeneous, with just one interest and single-minded (Banner: “One people, one homeland, one nation”). This people is supposedly threatened from two sides: first, through “the foreigners”, who ruin its soul and culture, and then through the social and political elites who ignore the will of the people and twist facts to guarantee and expand their benefits in kind. The populist, racist spirit of self-defence against cultural “infiltration” is the brand essence of Pegida: and that goes for almost all parties from Die Linke to the NPD, from intellectuals to indigenous milieus.

Pegida’s offering obviously fell onto fertile soil. The seed didn’t need much time or feeding to grow. There was no need of great effort, long statements or well-known protagonists. What helped, rather, was the absence of these factors or the impression that “ordinary people” had just come together with no great preparation, without the assistance of extant organisations, to give vent spontaneously to their welled-up anger. In their 19-point programme, Pegida’s organisers insisted upon compatibility with the views of the common people. This interpretation was taken up by a large number of observers. Thus Frank Richter, head of Saxony’s central body for political education, in a chat show: “In my view, 90 percent of the people out there are actually worried citizens with a lot of concerns on their minds.” That creates the impression that Pegida on the whole is just a harmless social movement whose small, less refined, brainless residue is negligible. It’s scarcely of any concern to those publicly demanding understanding for the Pegida demonstrators that these supposedly harmless citizens are propagating a populist consensus.

As if flying over a seething crater, media folk viewed the spectacle half fascinatedly, half fearfully. They were wholly unused to the situation that – unlike with the demonstrations against Hartz IV and the Occupy movement – the actors pretty well turned away from the cameras and mics. This state of affairs won the movement media visibility rather than diminished it. The initial refusal of Pegida pricked the curiosity of the media, aroused investigative ambition and even led the tabloid press to make its expected welcome relatively restrained or even non-existent. But, for Pegida & Co, a bad press was a good press; it could come on as a standard-bearer for freedom of opinion against the collective ‘liar press’.

Pegida is a successful product. Here a political offering met a corresponding demand in the context of a favourable economic climate. At Pegida’s press conference on 19 January 2015 it was said: “We won’t change our name.” Pegida had “become a brand.” In the interim that even lead the inventors to try and license the brand name against unwelcome hangers-on. The registered association Pegida can only chalk this up as a partial success. Most of all, a huge bubble of public awareness drove Pegida’s market value up high. The Pegida event changes the political landscape even if the protests may be ebbing away. Over the medium term, Pegida is making it easier for other actors to position their products in its wake. One of the beneficiaries could be the Alternative for Germany AfD which can more readily present itself as a moderate alternative. For the extreme right, after many failed marches which never gained more than 6000 participants, Pegida was a relaunch of massive street protests and a successful campaign for establishing a right-wing extremist interpretative framework that can range from “sham asylum-seekers” via “traitors” to “liar press.” Anybody actively courting the Pegida brand buys all this with it.

The German version of this column will be published by Neue Gesellschaft/Frankfurter Hefte. Read also other contributions to the series on our “Understanding PEGIDA in context” focus page.