Jonathan Portes and I have an article in Prospect, which is a short summary of our discussion paper on fiscal rules (see here or here). In this post I want to use that paper to make two observations on the interaction of politics and economics.

Jonathan and I are frequently accused of being against fiscal austerity for political or quasi-political reasons: either we dislike governments that impose austerity, or we want to increase public spending and think that by advocating temporary increases in government investment at the zero lower bound we can achieve this goal. In which case we would obviously reject any fiscal rule formulated by this government, and more generally we would be against any kind of discipline on public debt or deficits.

If that is what you think, the Prospect article or the discussion paper will have you scratching your head. After a thorough analysis of the principles behind fiscal rules (on which more below), we conclude that the form of the UK coalition’s current fiscal mandate is about right. It makes sense to have an operational target for the deficit rather than debt, and it makes sense to target that deficit always looking five years ahead.

There is one huge caveat, which is that this form of rule is appropriate as long as interest rates are not at, or expected to be at, their zero lower bound. In this recent post I outline what we recommend in our paper should happen in those circumstances, and of course current governments have (since 2010) failed to follow this advice. So our endorsement of the form of the current fiscal mandate only applies to when monetary policy can operate in a normal fashion.

Our paper also endorses another innovation of the current UK government: the formation of the OBR. In fact we suggest that it should have additional duties. So these two structural changes brought in by the coalition, the fiscal mandate and the OBR, were positive innovations. The tragedy is that the former was applied in the one circumstance in which it should have been (temporarily) abandoned.

Of course the form of the fiscal mandate is different from the actual numbers targeted for the deficit in five years time, and I will talk about those in a subsequent post. We also have some minor suggestions to improve the rule: for example if you are targeting a deficit in five years time when monetary policy is working normally, the target does not need to be cyclically adjusted, and we would target the deficit (actual or primary) rather than the current balance, and have a separate target for the share of public investment in GDP. 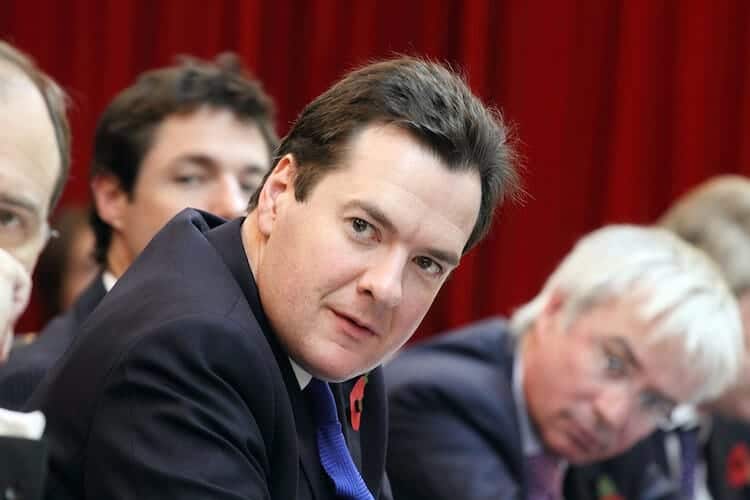 There is a second sense in which our paper directly addresses the interaction between economics and politics. The way I began thinking about fiscal rules was a standard way macroeconomists think about rules: how close are they to the optimal policy that would be chosen by a benevolent policy maker? This is a perfectly sensible question to ask, but for fiscal policy it is on its own hopelessly incomplete, because we also know that politicians are often not benevolent, in the sense that they act in their own interests rather than in the interests of society as a whole. As a result, we get deficit bias, although this bias may occur for other reasons. The role of fiscal rules is to a large extent to discourage this non-benevolent behaviour.

Take the current UK fiscal mandate, for example. An obvious criticism is that, by always targeting the deficit five years ahead, it allows a government to keep putting off making the adjustments required to achieve the target. Don’t worry that the deficit is above target, a government might say, in five years time it will be on target. And it could carry on saying that year after year. In the paper we say that this rule lacks an ‘implementation incentive’.

So why not make the target for some fixed date in the future, so adjustments cannot be continually delayed. The problem with a rule of that kind is that it can produce very sub-optimal behaviour as we approach the fixed date. Our macroeconomic theory says that the deficit should be a shock absorber, so having to achieve a target at a fixed date whatever shocks hit the economy could be harmful when unexpected shocks occur near that date. Imagine how much worse austerity would have been if the government had tried to achieve current balance by 2015.

Fiscal rules therefore involve a trade-off between optimality and effectiveness in preventing non-benevolent behaviour and deficit bias. The latter depends on a political judgement about policymakers. For the UK, both past evidence and current behaviour suggests that deficit bias is not a huge problem, which is why the rolling five year deficit target can work, but in other countries it might not. This is where a fiscal council like an enhanced OBR can be very useful.

Even the more responsible governments are tempted by devices that allow spending today but which shifts costs into the future (PFI in the UK for example). It is very difficult to devise fiscal rules that involve ‘operational targets’ (i.e. targets that a government can try to meet during its term of office) but also prevent such tricks. This is an important reason to do long term fiscal forecasts, undertaken or assessed by independent institutions, which is where the costs of such schemes become evident. However that alone is not enough. A fiscal council like the OBR should also have a duty to clearly alert the public when such tricks are being played. In addition, when targets are flexible so that the implementation incentive is weak (as in the case of a rolling five year target like the UK fiscal mandate), fiscal councils should also judge on behalf of the public whether meeting the target is being delayed for justifiable reasons or not.

So the choice of a fiscal rule and the mandate of a fiscal council inevitably involve political as well economic issues. However the politics is more about the transparency and accountability of government, rather than left versus right and associated ideologies.