Italy is the only western-European government where radical-right populists are the dominant power. But now they have found the limits to it. 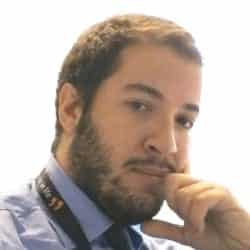 The populist coalition in Italy, of the ‘five-stars movement’ (M5S) and the Lega, was recently the object of ironic media commentary, having produced a copy-pasted version of a decree—to rescue the Italian bank Carige, at risk of default—previously passed by the centre-left Gentiloni government in 2016, following European Union directives. Ironic because EU institutions and ‘mainstream’ Italian political parties have, since 2015, been the target of Lega and M5S propaganda, variously depicting them as technocratic or ‘political’ elites serving the logic of financial markets and deceiving the ‘people’.

Can populist forces tackle socio-economic inequalities, loosen up austerity policies and promote more stringent forms of financial regulation? In other words, can they fulfil the social segments of their electoral programmes? 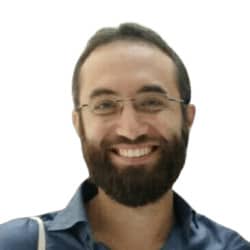 The ambiguous role of the Italian executive on issues of finance and financialisation—a phenomenon which Nölke has defined as ‘an especially aggressive form of economic globalization’—can be regarded as paradigmatic of the approach of many radical-right and nationalist movements in developed economies. To borrow from Shakespeare, we may define the outcome as ‘much ado about nothing’.

On their side, of course, EU institutions dramatically failed, in the last decade, to defend social equality for European citizens from the destructive effects of globalisation by regulating it, or compensating it through a robust welfare state and job creation. Something similar can be said for ‘mainstream’ parties, with the entire social-democratic family particularly suffering from the perception of its close links with financial elites and institutions.

Radical-right populist and nationalist parties have been particularly successful worldwide in being perceived as ‘closer to the people’, the core feature of every populist ideology. To do so, these parties mainly focus on local issues, prioritise ‘native’ citizens and opt for national or bilateral solutions over multilateral forms of governance. In this way populist parties present themselves as enemies of globalisation at the international level, and of the national establishment domestically, portraying themselves as eternal outsiders.

It is widely acknowledged that domestic political considerations regarding the costs of delocalisations, in terms of unemployment, together with xenophobia, played a crucial role in such groundbreaking political events as the ‘Brexit’ vote in the UK, the election of Donald Trump as US president and the electoral gains for radical-right populists in Austria, Germany and elsewhere in Europe. The point, though, is to what extent populist forces can really reverse, or even mitigate, structural processes such as financialisation. European populists seem eager, at least on paper, to fight the disruptive effects of economic globalisation, in particular in relation to renationalisation of some industrial sectors and a focus on social welfare. But, in government, are they actually developing policies to ‘shield’ citizens from the impacts of financialisation?

Broadly speaking, it appears that when financial themes (including the role of institutions and financial elites) are on the political agenda of ruling radical right parties, they are merely used strategically, in a rather vague and loose way, to keep electoral support, without clear or original policies being proposed. In other words, discussing global finance and financial markets is only useful during the prior ‘negative’ part of the populist politics—the propaganda about ‘broken promises’, strategic use of fear and frustration, the trivialisation of politics and the exploitation of identity

It is not an easy task for these rising political forces to tackle international finance: nation-states are inserted into an international environment which exerts stronger external constraints to maintain financial deregulation and a neoliberal agenda. The downgrading of Italy’s credit rating by Moody’s in October 2018 is symptomatic. The agency, assessing the planned policies of the ‘yellow-green’ coalition to loosen fiscal austerity and implement a citizens’ income (faced with rising poverty), downgraded Italy from Baa2 to Baa3, with important political repercussions—even before we get to the struggle between the government and the EU about the budget deficit.

In one way, the capacity of radical-right populists to counterbalance the damaging impacts of economic globalisation and financialisation is often underestimated—the role they envisage for social welfare. A growing number of scholars highlight their focus on providing protection to the most vulnerable citizens in periods of deep economic crisis and social frustration, such as the last decade.

Sheri Berman, for example, contends: ‘The origins of fascism lay in a promise to protect people. In the late 19th and early 20th centuries, a rush of globalization destroyed communities, professions and cultural norms while generating a wave of immigration. Right-wing nationalist movements promising to protect people from the pernicious influence of foreigners and markets arose, and frightened, disoriented and displaced people responded.’ Similarly, Mitchell Orenstein, in a brilliant and controversial article, recently affirmed that an important factor in the success of populism in eastern-European countries, such as Poland, was that it ‘cares for the poor, and supports families’.

The conundrum faced by populist forces in Europe is complex. On the one hand, many seem to lack the instruments to tackle international finance and financialisation, and so to put in place real alternatives for the national political economy. They gain support, however, not only because of their capacity to channel the frustration of elements of the middle classes towards external ‘threats’—such as immigrants or the financial markets—but also because of their deployment of social welfare, on which they differ from other political subjects, including EU institutions as well as mainstream parties.

So, the urgent question is: for how long will populist forces be able to use social-welfare measures to sustain their rise, while structurally incapable of tackling the systemic imbalances of the contemporary financial context in which they find themselves? Does their inability to form an effective Nationalist International mean that politics for them can never be a case of ‘as you like it’?

Valerio Alfonso Bruno is a post-doctoral researcher at the University of Fribourg (Switzerland). His research focuses on post-2008 technocratic and financial elites and their relationship with the rise of populist movements in the European Union. Adriano Cozzolino has a PhD in international studies. He researches on the political economy of the European Union and the transformation of the nation-state in the neoliberal era.