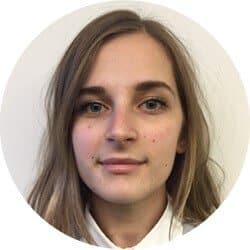 The conclusions of the informal Valetta Summit on 3 February reaffirmed the EU’s move toward a ‘real’ fortress Europe. The focus of the meeting was on a new third country agreement with Libya that would strengthen the Libyan coastguard’s ability to police its borders and combat people smuggling. EU governments, which see the Central Mediterranean as a ‘lethal problem for the bloc,’ have welcomed such a deal with Libya.

Support for third country agreements reflects recent trends in the EU’s approach to tackling the chaotic movement of asylum seekers. With over a million entering the EU to seek protection in 2015 alone, the EU struggled to respond in a collective way. The asymmetrical impact of inflows on border states led to the near-collapse of the EU’s Dublin system, with countries struggling to fingerprint and process the arrivals. Italy and Greece have been criticized for taking a permissive attitude toward secondary movement, which has led to the reinforcement of internal and external borders across the EU. 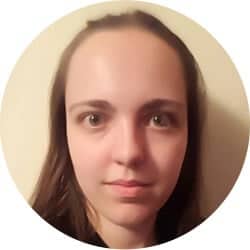 As a first attempt to tackle these challenges, the Commission sought to alleviate migratory pressures in Italy and Greece through the relocation of 160,000 persons. However, this measure has been inadequate, due primarily to the lack of political will among other member states to make pledges for the relocation of asylum seekers real.

Unable to provide a solution internally, the EU and its member states have turned to its neighbors. The recent Slovak and the current Maltese Presidency have strongly focused on externalizing the EU’s migratory problems through agreements with third countries. This includes readmission agreements, the strengthening of third country border guards to prevent asylum seekers from even coming to the EU, and potentially establishing humanitarian camps in North Africa. The perceived success of the EU-Turkey agreement has strengthened the popularity of such an approach.

That 2016 accord outsourced much of the responsibility for asylum seekers to Turkey, with many displaced persons who journey through it into Greece sent back across the Mediterranean. In return, the EU has provided several concessions to Turkey – some of which, like the promise of accelerating accession talks, reveals the hypocrisy of the EU’s enlargement strategy and threatens to undermine the EU’s credibility. The agreement is indicative of the desperation of EU member states to reach some sort of consensus among differing national policy objectives.

Despite the EU’s claims that the Turkey deal should be held up as a positive example of policy-making, there are several alarming implications. The EU’s willingness to overlook Ankara’s poor human rights record by designating Turkey as a safe third country casts a pall over its reputation as a human rights advocate. The agreement – and the push for more like it – shows a worrisome readiness to make human rights subordinate to border control. While there has certainly been a significant drop in arrivals of asylum seekers through the eastern Mediterranean routes following its implementation, it is not clear that it has not simply shifted the pressure elsewhere.

The EU’s support for a deal with Libya follows in the same vein as that with Turkey. Migration pressures in the Central Mediterranean increased by 17% in Italy over 2016, with more than 180,000 displaced persons traveling through that sea-route. This increase in movement can be seen as a negative consequence of the closure of the eastern route.

The deal is strongly supported by the Maltese Prime Minister. Joseph Muscat has argued that unless a Turkey deal is replicated in the central Mediterranean “Europe will face a major migration crisis.” Germany’s Chancellor Angela Merkel has also come out in support of future third country agreements, arguing that leaders “have to put an emphasis on partnerships with countries bordering the EU”, and that the EU should aim “to do deals with Jordan and Lebanon, similar to the one concluded with Turkey.”

EU support for such a deal has grave implications for future migration policy. Continued externalization of responsibility is at best a temporary measure. The Libyan situation is even more dire than that in Turkey – the country has been in a state of near-continuous civil war since 2011, with a fractured government and violent attacks led by armed militants. The idea of safe refugee camps in Libya is an absurdity, considering it is effectually impossible for those in need of asylum to apply for protection.

Italy had a similar deal with Libya in 2008, which quickly collapsed after Gaddafi’s death, resulting in a sudden upsurge in the number of journeys made across the Central Mediterranean.

The EU cannot solve what is essentially an internal crisis by outsourcing its migration management to countries that are politically unstable and in the midst of their own humanitarian crises. Past third country agreements have demonstrated the limits of such an approach and future deals put the EU’s legitimacy as a human rights actor into question. The EU mustn’t isolate itself from global migratory challenges by paying off its neighbors. A proactive approach is needed to prevent the continuing deaths at sea.

First, the EU should focus on ensuring internal solidarity through a thorough reform of the Dublin system. This would include a reassessment of the irregular entry principle. In times of mass inflows across specific migratory routes, such as the perilous seas of the Mediterranean, the logic of linking responsibility for an application with the efficiency of a member state’s border control system is no longer feasible. Solidarity measures, such as the hotspots and relocation schemes, simply place further administrative burdens on border countries, without responding to the changing migratory environment.

Second, the EU needs to strengthen legal channels for those seeking protection. Asylum seekers in transit, who have limited access to consular and visa services, often resort to smuggling networks. The EU should renew its strategy on resettlement by not only providing financial support to member states which resettle refugees, but also sanctioning those that do not fulfil their set pledges by preventing access to funds in other policy areas. The EU needs to confront this ‘`a la carte’ mentality where some member states pick and choose which policy areas they benefit from whilst shirking their obligations towards meeting common challenges.

Tamara Tubakovic is a PhD Researcher at the School of Social and Political Sciences and the EU Centre on Shared Complex Challenges at the University of Melbourne, Australia. She was a visiting fellow to the European University Institute, Florence and Egmont Institute, Brussels. Her research interests include EU asylum policy and governance. Kelly Rogan is a recent graduate from the Masters of International Relations at Monash University in Australia. Her studies have focused primarily on human rights and counter-terrorism.