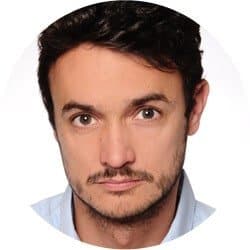 Right-wing populism is gaining traction: Donald Trump has won the White House; Austrian far right politician Norbert Hofer barely lost the Austrian presidential election, and France’s Marine Le Pen is likely to win most of the votes in the first round of the French presidential elections. Has the world gone mad? Have racism and xenophobia overtaken large sections of the Western electorate?

There is now a heated debate about whether right-wing populist support is mainly driven by social and cultural or by economic anxiety. However, both types are highly interdependent: socio-economic uncertainty is related to cultural anxiety. The loss or feared loss of well-paid jobs can lead to a general sense of identity erosion and the search for easy scapegoats. But while right-wing populists play up and upon socio-cultural anxiety, they also tend to offer economic certainty by drawing on traditional social democratic discourse. This discourse gains credibility and support because many feel that social democratic parties have embraced neoliberalism “light” in recent decades, thereby opening the political space for right-wing extremists to offer protection from an uncertain world. 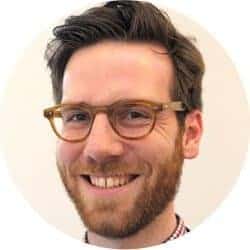 For many, the main source of both economic and cultural uncertainty is globalisation. The free movement of goods and services has raised competitive pressures on many sectors; that of capital has led to many companies either leaving countries entirely or feeling less bound to local and national stakeholders. The freedom of movement for workers within the EU and global migration combined with deregulation of the labour market – often under social democratic governments – tends to squeeze the wages of many lower-paid workers. While those problems are often addressed by the left, they are also increasingly taken up by right-wing populists – with the additional spin of framing them in terms of nationalism vs. internationalism.

Right-wing extremists can justly claim that the nation has lost much of its control over economic, social and cultural developments. Indeed, one of the reasons German social democrats used to explain their cuts in labour market regulation and the welfare state in the early 2000s was globalisation and its impact on wage costs. Also, the centre-left’s steady promise to re-establish control over the economy at transnational level – for instance in the EU – sounds increasingly hollow when austerity and mass unemployment in many crisis countries was often advocated by leading European social democrats.

A perfect illustration for all of the above is the Austrian right-wing freedom party, FPÖ. The FPÖ explicitly stresses the primacy of politics in general and the social question in particular. In their programme they write:

For the FPÖ, patriotic principles mean that there has to be an absolute and unambiguous primacy of the interests of our own people and our own state. The economy has to provide the material foundation for the state and the people so that they can prosper and live an adequate life in affluence.

Globalisation is for them not the result of anonymous market forces but of politics. In their program they state that free trade conflicts with humanitarianism, liberty and distributional justice. Their criticism of the EU sounds familiar to left-wing ears:

The European Union […] also contributes to limit the scope for action of democratically legitimized national parliaments.

Their criticism of the concentration of capital could be lifted from the “Godesberger Programme”, the famous 1959 reformist program of German social democracy: „Due to market concentration, ever growing corporations gain influence over politics, which can be witnessed in wide-spread lobbyism and the open and anti-democratic influence of legislation – especially at European level”. If some of the wording was slightly modified one could hardly distinguish those FPÖ statements from Colin Crouch, Chantal Mouffe or the ATTAC-Network.

The strategy of offering national protection from the anonymous and malign forces of globalisation is not peculiar to the FPÖ: Marine Le Pen in France has adopted the same kind of discourse, promising to stop the austerity and deregulation demanded by European institutions and Germany. The same is true for other western and eastern European right-wingers:

Paul Krugman nicely summarized the promises of modern right-wing extremists as offering “herrenmensch social democracy”; “a welfare state but only for people who look like you”

The scary thing is that this modern right-wing strategy is not modern at all, but the very principle of 20th century fascism: it and national socialism already offered “herrenmensch social democracy” in the 1920s and 1930s. Widely overlooked today, this aspect explains much of its appeal at the time – when there was almost no welfare state in Europe and the economy was devastated by war, inflation and financial crises.

Fascists identified real economic and social problems of the time, using them to build nationalistic mass political movements while many socialists were still fighting each other over the right interpretation of Karl Marx. In her book “The primacy of politics”, Sheri Berman argues that modern right-wing extremism and social democracy even share the same ideological roots in the late 19th century debate among socialists over “revisionism”. Revisionists argued that socialists should not cling to the Marxist idea that only proletarian revolution could improve workers’ lives. Socialists should and could improve the social and economic situation of the masses by good policies in the here and now. And this required allies in agriculture and the enlightened bourgeoisie.

The revisionist reasoning led to two kinds of solutions: modern social democracy on the one hand and fascism on the other. Both shared the idea that not all of capitalism was bad. They liked its dynamism and the ensuing economic growth which led to real wage gains for many workers – quite contrary to what Marx had predicted. They thought that good politics could harness capitalism’s dynamism and get rid of its bad side-effects like the unequal distribution of income and the chaotic up and downs of the business cycle. Both modern social democrats and fascists believed in the primacy of politics over markets, but not in the total abandonment of the market economy.

The fundamental difference between both movements was, of course, the ways they chose to achieve the primacy of politics: Social democrats believed in parliamentary democracy and human rights; fascists despised human rights and believed in a single omnipotent leader.

As Berman shows, Benito ‘Il Duce’ Mussolini was an important direct link between revisionist socialism and fascism: starting out as a fierce revisionist socialist, he actively participated in socialist debates about the way forward for the labour movement. Later on he would indeed fulfil many of the revisionist demands in fascist Italy: Berman writes that Italy’s welfare state was much more expansive than what Swedish social democrats achieved when they played by the democratic rulebook.

She argues that Hitler’s “national socialism” indeed incorporated many elements of revisionist socialism: The Nazis expanded the rudimentary German welfare state and achieved full employment. This is what gained them legitimacy among Germans who did not then see what price they had to pay later.

Sherman also shows that fascists and Nazis were the first political movements to form the later ubiquitous “peoples’ parties” — parties that had members and voters in every social class and not only either workers or capitalists. Indeed, Swedish social democrats in the early 20th century copied the right-wing idea of a peoples’ party in order to imbue the potent force of nationalism with social democratic content and win far more votes than via a focus on the proletariat alone.

But now as then, right-wing extremists only gain traction because the left let them: in the Great Depression of the 1930s German social democrats actively supported austerity and thus deep cuts in the welfare state. Rudolf Hilferding, the prominent Marxist, social democratic intellectual and one-time finance minister, rejected Keynesian demand policies as “un-Marxian”. He hoped the economic crisis would be the harbinger of revolution. While social democrats clung to their fantasy of the proletarian revolution, the only party to actively campaign for Keynesian demand management to overcome the crisis and bring people back to work were the Nazis. They could present themselves as the only alternative both to unfettered market fundamentalism and abstract Marxism.

This might be the lesson for today: Social democrats have to regain credibility in the social and economic area and not cling to their neo-liberalism “light” if they want to stop right-wing extremism. Simply branding right-wing extremists as racists in the hope voters will be scared and stop voting for them will not work as long as people feel they have lost control over their lives.