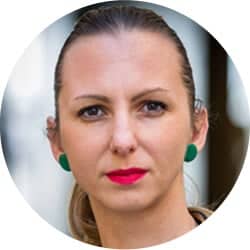 Migration has not been an issue in Slovakia – neither in political nor in public discourse. Eurobarometer data shows that only 2% of the population in 2014 and 4% in 2015 thought immigration posed a challenge for the country. Paradoxically, with no refugees entering Slovakia from among the thousands reaching Europe, debate focuses on how to keep it that way. Migration is merely an “A” of the debate but political leaders fail to talk responsibly about “B” – integration. If we knew what happens after refugees and migrants come perhaps we would be more secure in letting them in.

Integration of migrants plays a crucial role in the peaceful coexistence of different groups of people in society. In Slovakia, integration is often misunderstood as assimilation. If migrants want to become a part of society they should hide or lose their cultural identity. Public opinion polls show that more than two-thirds of the population think “Slovakia is a country of Slovaks and it should stay that way in the future”. Not only migrants but minorities as well are not perceived as an integral part of society. The Romani minority, for instance, is also viewed as “not integrated”. The fear of taking in refugees also stems from the assumption that refugees will not be able to adapt to the culture and norms of Slovak society.

But integration means mutual respect and the active participation of all groups in civil society and decision-making. Certainly, there are some fundamental pre-conditions for successful integration: access to labour market, education and housing. But it goes far beyond this. Integration means that different groups of people do not merely coexist in isolated and parallel worlds. In integrated society, migrants actively participate in decision-making, maintain contacts and interactions with other groups and have equal access to all resources. Diversity should be recognised and valued. This understanding of integration is missing in political or public discourse in Slovakia.

Immigration can be seen as a challenge but as an opportunity as well. Immigrants are economically active and ambitious and diversity of thoughts and solutions can boost society’s development. However, if new populations are not given opportunities to integrate, immigration may result in segregation, poverty, xenophobia and violence. This is particularly important at the local level, where integration takes place. It is municipalities rather than the state that can foster integration. They are closest to the population, know their needs and values and relations between different groups. When all of these factors, including voices of local populations, are taken into account, local integration policies may strengthen social cohesion and a sense of belonging for all. Integration policies should be grounded in the active cooperation of all relevant actors (public authorities, CSOs, community leaders, private sector). Involvement of a broader coalition of actors can help create a synergy effect.

CSOs are particularly important in local integration processes. They can provide support services for which municipalities have no capacity. In our work with municipalities we have often witnessed reluctance to add “a new agenda” to their bulging portfolios. It was a lengthy process but eventually we helped five towns in Slovakia adopt their first integration strategies. Throughout the process involving a lot of talks, workshops for municipal workers and public discussions on municipal level we showed them that refugees and migrants are just yet another group the towns have responsibility to serve. But more importantly, municipalities we worked with came to understand that migrants and refugees are not only the ones that are asking for help. They realized that the diversity coming with migration can be beneficial for their towns – that is if they have effective policies in place. We have seen municipalities particularly welcome exchange of experiences with integration with towns and cities from western Europe. It is important for Slovak mayors to see that integration is not only possible but necessary. We believe there are mayors in Slovakia whose approach to integration of refugees would be more than responsible. To test this hypothesis Slovakia would have to open up and take some refugees in. But this is up to state officials to decide.

Without adequate state support, no initiative can succeed – municipalities and CSOs cannot be the only ones actively working towards integration of migrants and refugees The state’s role is twofold. On the one hand, the state should set a framework for integration and define basic principles. Strategy for integration of refugees at the national level is crucial for other actors. On the other hand, the state should provide financial and legal support for the implementation of integration measures. Municipalities are responsible for refugee integration in many European countries, e.g. Norway, Sweden or Germany. And they have sufficient financial and moral support from the state. Slovakia’s 2014 strategy focuses on different aspects of integration (e.g. education, housing, employment, etc.) and highlights the role of municipal and regional governments in integration. And yet, measures proposed are not being implemented at all – the main reason being that there are no action plans and no resources allocated for municipalities or other actors to proceed with integration.

By resources we do not only mean money. Municipalities need more than that – they need to feel they are not acting against all odds. With the political elites currently inciting fear of refugees, society is not inclined to welcome any of them. Municipalities are thus also reluctant to actively promote migration and integration. For the situation to change we need strong leaders at the national level to say we can make it happen: we can succeed.