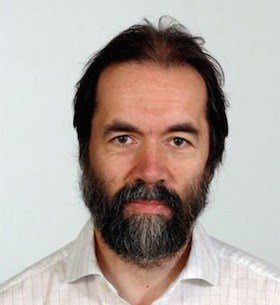 Whenever I write about Greece, a large proportion of comments (maybe not a majority) could be summarised as follows: how can you side with Greece when its economy is so inefficient and its governments so inept and after everything we have done for them. I have no illusions about the inefficiencies and corruption endemic within the Greek economy. Nor do I want to become an apologist for any Greek government.

What does seem to me very misguided is the idea that European policymakers have already been generous towards Greece. The general belief is that had they not stepped in austerity in Greece would have been far worse. This seems simply wrong. If European policymakers have been generous to anyone, it is the Greek government’s original creditors, which include the banks of various European and other countries.

Suppose that Eurozone policymakers had instead stood back, and let things take their course when the markets became seriously concerned about Greece at the beginning of 2010. That would have triggered immediate default, and a request from the Greek government for IMF assistance. (In reality at the end of 2009 the Euro area authorities indicated that financial assistance from the Fund was not “appropriate or welcome”: IMF 2013 para 8) In these circumstances, given the IMF’s limited resources, there would have been a total default on all Greek government debt.

If that had happened, the IMF’s admittedly large assistance programme (initially some €30 billion, but increased by another €12 billion in later years), would have gone to cover the primary deficits incurred as Greece tried to achieve primary balance. That €42 billion is very close to the sum of actual primary deficits in Greece from 2010 (which includes the cost of recapitalising Greek banks).

What that means is that the involvement of European governments has not helped Greece at all. With only IMF support, Greece would have suffered the same degree of austerity that has actually occurred. The additional money provided by the European authorities has been used to pay off Greece’s creditors, first through delaying default in 2010 and 2011, and then by only allowing partial default in 2012. (I’m not sure the two groups see the division that way, but if some of the IMF money was intended to pay off Greece’s creditors, you have to ask why the IMF should be doing that.)

It is pretty clear why the European authorities were so generous to Greece’s creditors. They were worried about contagion. (For more on this, see Karl Whelan here.) The IMF agreed to this programme with only partial default, even though their staff were unable to vouch that the remaining Greek public debt was sustainable with high probability (IMF 2013, para 14).

The key point is that the European authorities and the IMF were wrong. Contagion happened anyway, and was only brought to an end when the ECB agreed to implement OMT (i.e. to become a sovereign lender of last resort). This was a major error by policymakers – they ‘wasted’ huge amounts of money trying to stop something that happened anyway. If Eurozone governments had needlessly spent money on that scale elsewhere, their electorates would have questioned their competence.

This has not happened, because it has been so easy to cover-up this mistake. Politicians and the media repeat endlessly that the money has gone to bail out Greece, not Greece’s creditors. If the money is not coming back, it becomes the fault of Greek governments, or the Greek people. That various Greek governments, at least until recently, agreed to participate in this deception is lamentable, although they might respond that they were given little choice in the matter. (Some of a more cynical disposition might have wondered how many of the creditors were rich Greeks.)

The deception has now developed its own momentum. What should in essence be a cooperative venture to get Greece back on its feet as soon as possible has become a confrontation saga. If the story is that all this money has gone to Greece and they still need more, harsh conditions including further austerity must be imposed to justify further ‘generosity’. Among the Troika, hard liners can play to the gallery by appearing tough, perhaps believing that in the end they will be overruled by more sensible voices. The problem with this saga is similar to the problem with imposing further austerity – you harm the economy you are supposed to be helping. (Some see a more sinister explanation for what is currently going on, which is an attempt at regime change in Greece.)

That this is happening is perhaps not too surprising: politicians act like politicians often act. The really sad thing is that playing to the gallery seems to work: politicians using the nationalist card can deflect criticism that should be directed at them for their earlier mistakes. It happens all the time of course: see Putin and the Ukraine, or Scotland and the 2015 UK election. I wonder whether there will ever come a time when this cover-up strategy fails. Futile though it might be, I just ask those who might see this as an ungrateful nation always demanding more to realise they are being played.