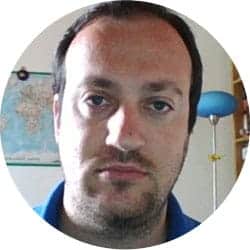 Before Greece’s 2015 national elections, SYRIZA, led by Alexis Tsipras, harshly opposed the austerity measures implemented by the ND-PASOK (New Democracy-Panhellenic Socialistic Movement) government under the second fiscal adjustment program. In essence, Tsipras appeared as the leader of the anti-memorandum block which took on the pro-memorandum bloc or traditional part of the political system. The expressions he regularly used for members of ND and PASOK were particularly extreme, since they included terms such as “the Merkelists” (referring to the MPs who supported the implementation of the measures that the German Chancellor Merkel proposed), “the establishment”, the “obsolete” and “old” political system. 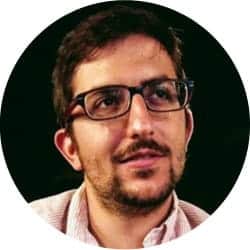 Even during the first half-year of the SYRIZA government in 2015, the distinction between a memorandum and an anti-memorandum block emerged in the referendum that SYRIZA conducted on either to accept or reject the fiscal program proposed by the EU/ECB/IMF lenders. This populist tactic undermined the popular will until SYRIZA finally implemented even tougher austerity measures under the third fiscal adjustment program signed by Tsipras in July 2015.

At the same time, Tsipras, by not wearing a tie, tried, at the level of populist political communication, to highlight his unconventional character as well as the non-conformist spirit that represented the “new” in contrary to the “old” part of the political system. Thus, he managed to keep up this populist political communication for the first three-and-a-half years in power as he insisted that he would only wear a tie when he managed to secure an agreement with the lenders on a cut in Greek debt.

One of the policies of the previous government that received fierce criticism from Tsipras was the Private Sector Involvement (PSI), which was portrayed as a betrayal. The PSI was in fact the biggest debt restructuring that has ever been done: a cut of over 50% in the Greek government’s 200 billion-euro worth of bonds held by private lenders that was agreed by the ND-PASOK coalition government in 2012. This came to a reduction of €107 billion in Greek debt. SYRIZA’s critique at that time indicated that more than 10,000 people would lose their life savings, as no compensation was provided. At the same time, banks received €50bn for recapitalization because of the PSI costs involved. Therefore, SYRIZA mentioned, as a major opposition party, that if Greece fell behind in the loan repayments then lenders could confiscate public property while the austerity imposed on the country would continue.

After agreeing with Greece’s creditors June 22, 2018 on the lengthening of the period allowed for debt repayment, Tsipras wore a tie for the first time and presented himself and the ruling coalition government (with right-wing populist party ANEL), as true to their promises as they had managed to bring the country out of the memoranda and external supervision. This was still a populist communications tactic aimed at overcoming the negative electoral consequences resulting from the imposition of austerity and extensively increased taxation. Of course, debt relief was not agreed but only the lengthening of the period for debt repayments, while at the same time austerity and external supervision will continue until 2060. In plain terms, by 2022, primary surpluses of 3.5%, and from 2023 to 2060, primary surpluses of 2% should be achieved.

Debt remains at the same level while the medium-term fiscal adjustment program which was passed through the Greek parliament by the government on June 14, 2018 includes – among others – cuts in pensions and tax-free payments from January 2019, bringing Greece a wider austerity cycle. However, this fact did not prevent Tsipras from appearing for the first time in the public with a tie on, blaming the previous government for the PSI and reiterating the fact that he had managed to take the country out of the memoranda. At the end of his speech, he pulled off his tie, saying that a battle had been won but not the war and that was why he would continue the fight. This was a move to justify the austerity measures he had agreed for 2019 and to present himself again as the ultimate defender of the people who kept his promises as symbolised by the tie.

In essence, “tie populism” for a radical left party that applies extreme austerity measures is the method chosen for achieving the objective of remaining in power. Primary surpluses are achieved through tax increases rather than through the promotion of growth indicators, and this underlines the enormous internal depreciation process that will continue throughout the following years, whether Tsipras wears a tie or not. Austerity, either way, will continue.