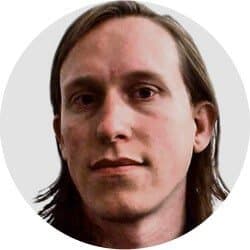 In the Dutch elections on 15 March, the Labour Party (PvdA) lost three quarters of their seats, falling from 25% to 6% of the vote. The fall of the Dutch social democrats parallels the continent-wide decline of social democracy. This has been apparent in several European countries, including France, Germany and the United Kingdom.

In the UK, Germany and the Netherlands, social democrats used to have strong ties to the labour movement, which allowed them to win electoral victories and provided them with trained staff, candidates and leaders. These ties formed the basis for working on common goals, such as creating and maintaining the welfare state, regulating the labour market and ensuring full employment. 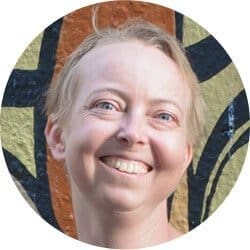 Our research underlined that the Federation Dutch Trade Union Movement (Federatie Nederlandse Vakbeweging; FNV) and the PvdA no longer had an exclusive relationship and that there were similar relationships between the FNV and other political parties, such as the Socialist Party (SP) and the GreenLeft. Moreover, whereas durable organisational integration similar to the UK was out of the question, occasional links between Dutch trade unions and political parties occurred more frequently.

Trade unionism in the Netherlands

As political parties and trade unions lost their grip over citizens, they merged. The Catholic and socialist trade union formed the non-denominational Federation Dutch Trade Union Movement (FNV). Its members no longer voted exclusively for one party. The FNV was formally committed to political neutrality. Close relationships between parties and trade unions were no longer appropriate in an era in which citizens no longer identified themselves as members of exclusive denominational social groups. Since then the Labour Party was one of many parties the FNV did business with, but it was “one with whom we tried to think a little bit more about strategy”.

Meanwhile, competitors developed for ties to trade unions on the left. One was the green party, GreenLeft, formed as a merger of left-wing and progressive Christian parties in 1989. It has sought to support trade unionists, who believed that the PvdA had moved too far towards the ideological centre. Since the mid-1990s, the GreenLeft has enjoyed a fair amount of support among the leadership of the FNV.

Another competitor was the far-left Socialist Party (SP), which had traditionally been critical of the willingness of the trade unions to make compromises with centre-right parties and employers’ organisations. In the early 2000s, the SP switched strategy and began to work with the FNV, supporting its more radical activist wing. Its support within the FNV grew and the SP now has the support of a large segment of the FNV membership. When we conducted our research in 2013, the FNV and the PvdA no longer had an exclusive relationship since the FNV also collaborated with the SP and the GreenLeft. Durable organisational integration, as is seen frequently in the UK and Scandinavia, was out of the question, and occasional links were far more common.

It is also clear that when we look at specific politicians, trade unions already had strong contacts beyond the PvdA before the 2017 Dutch elections. For instance, we can look at MPs that had a background in trade unions before they became members of parliament. Before the elections, there were ten MPs (out of 150) in parliament with a trade union background. Five of those were social democrats. Not all of them had ties to the FNV: some had links with the Christian-social trade union the CNV and smaller trade unions. Other parties also had representatives from trade unions, notably the SP, the GreenLeft, the Christian-Democratic Appeal (CDA), and Democrats 66.

It is thus clear that trade unions can find like-minded people all across the political spectrum in nearly all political parties: from the socialist left to the liberal right. The large number of Dutch political parties makes it unattractive for trade unions to commit strongly to one party or its politicians. Moreover, trade unions are able to influence policy via the system of corporatist bargaining. This gives trade unions a direct connection to policy making, independent of government composition, and undermines the need for a privileged relationship.

Further details on the research here