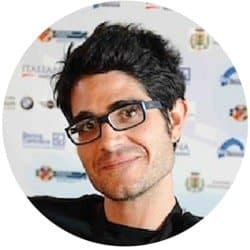 Throughout the crisis – and ostensibly as a response to it – Europe has increased its focus on external competitiveness as a means to transform both the EU and eurozone into a huge German-style, export-led economic machine (as emphasised by the Global Europe strategy). Various experts and economists have pointed out that this is a fundamentally misguided strategy.

In recent years, however, the EU has negotiated numerous bilateral trade agreements. This has been topped by the announcement in early 2013 that the EU and the US had agreed to enter into negotiations on a bilateral trade agreement, the so-called Transatlantic Trade and Investment Partnership (TTIP). The European Commission has always argued that the agreement is aimed at ‘help[ing] people and businesses large and small, by opening up the US to EU firms; helping cut red tape that firms face when exporting; and setting new rules to make it easier and fairer to export, import and invest overseas’. Furthermore, it contends that the TTIP, will ‘kick-start’ the EU economy by ‘generating jobs and growth across the EU’ and ‘cutting prices when we shop and offering us more choice’.

These assertions have been strongly challenged by European (and American) civil society organisations, which have maintained that the proposed agreement is not primarily intended to reduce the few remaining tariffs between the world economy’s two biggest trading blocs, but that ‘its central objective is to dismantle and/or harmonise regulations in areas such as agriculture, food safety, product and technical standards, financial services, the protection of intellectual property rights, and government procurement’. Since the EU-US negotiations are notably taking place behind closed doors, though, civil society organisations have had little to back their claims in terms of hard evidence (though the European Commission agreed last year to publish a long list of documents, the most important TTIP documents remain secret), and have had to rely mostly on historical precedents (the well documented nefarious social, economic and environmental effects of previous trade agreements, such as NAFTA), leaked documents relating to the other major trade deal being negotiated by the US, the Trans-Pacific Partnership (TTP), signed on 4 February 2016, and, well, good sense. This has allowed politicians in the EU and US – who have paradoxically stated that the purpose of keeping a tight lid on the negotiations is precisely to prevent vested interests to apply pressures – to accuse critics of the TTIP of fear-mongering.

Until now, that is. On May 1, Greenpeace Netherlands released 243 pages of leaked secret TTIP negotiation texts, which offer an unprecedented glimpse into the far-reaching implications that the agreement would have for climate, environment and public health – and, crucially, prove that civil society organisations were right all along. According to Greenpeace, the documents raise four aspects of serious concern from an environmental and consumer protection perspective:

As is well known, one of the most controversial aspects of the agreement is the inclusion of an investor-state dispute settlement mechanism (ISDS), an instrument common to many trade agreements that grants investors (i.e., multinational corporations) the right to use dispute settlement proceedings against foreign governments. Critics argue that ISDS would give foreign investors the right to sue states in private arbitration courts for any actions that could damage their profit expectations. It has been noted that investors have used similar agreements to sue states and demand millions, even billions of euros in compensation, privileging investor rights over public policy autonomy and threatening public health, labour rights and consumer protection. One example is the lawsuit of Swedish energy company Vattenfall against Germany for introducing environmental requirements for coal-fired power stations. Another example is Canadian gas and oil company, Lone Pine, suing against a fracking moratorium in the state of Quebec. ‘Such cases show that ISDS can be used to undermine environmental standards, to prevent regulation or to pocket taxpayers’ money’, says Karl Bär, a spokesperson of the Stop TTIP alliance.

After strong initial criticism of ISDS, the European Commission called for a public consultation on this issue. The three-month consultation ended on 17 July 2014 and received almost 150,000 online submissions, with 97 per cent of responses opposing ISDS. The large number of replies is a result of forceful public campaigns orchestrated by NGO networks in Britain, Austria and Germany. Apart from the general discussion on the lack of transparency and accountability of the negotiations, the topic that mobilised most of the support was the threatened liberalisation of public services. The Commission, whilst acknowledging the profound scepticism of European citizens towards ISDS, refuses to abandon it, and has instead proposed (in September 2015) an Investment Court System (ICS) with the scope for investor challenge much reduced and with ‘highly skilled judges’ rather than arbitrators used to determine cases. While these reforms represent a welcome acknowledgement of some of the fundamental flaws of existing panels to resolve disputes, the proposal sidesteps the essential problems with ISDS: the ability of corporations to sue governments and in doing so attack rules adopted democratically to protect the public interest. In February 2016, a large coalition of non-governmental organisations led by the Corporate Europe Observatory (CEO) published a critical report on new proposals for the revised ISDS mechanism. The activists called the ICS a mere ‘ISDS zombie’. The report states that:

[T]he proposed ICS does not put an end to ISDS. Quite the opposite, it would empower thousands of companies to circumvent national legal systems and sue governments in parallel tribunals if laws and regulations undercut their ability to make money. It would pave the way for billions in taxpayer money being paid out to big business. It could curtail desirable policymaking to protect people and the planet. And it threatens to lock EU member states forever into the injustices of the ISDS regime.

‘The European Commission has tried to improve something that simply cannot be fixed. Its Investment Court System institutionalises a privileged judicial system for foreign investors, which bypasses national courts. Fundamentally, the system is very similar to ISDS.’

The Commission’s proposal also fails to address many of the fundamental concerns raised by the European Parliament in its resolution of 8 July 2015, where it says it wants ‘to replace the ISDS system with a new system for resolving disputes between investors and states.’

The bottom line is that the TTIP cannot be ‘improved’. As Nobel laureate economist Joseph Stiglitz has stated, it is little more than ‘an attempt to increase the power of corporations to control economies and societies’ – and for this reason should be, quite simply, thrown into the dustbin of history. This is not an impossible feat. Recent events – in October 2015 more than 150,000 marched in Berlin against the proposed trade deal and tens of thousands last month in Hannover – show that TTIP has become a strongly contentious issue. 45 per cent of Germans opposed it in 2015, compared to 25 per cent in February 2014; recent polls are even more negative (see also here). A broad range of social forces have declared their hostility to the treaty, including trade unions, NGOs, consumers associations, among others. A large and increasing number of local authorities claim to be ‘outside TTIP’. In September 2015, 54 per cent of French people lived in ‘outside the TTIP’ zones.

Furthermore, even government support for the deal is faltering. US presidential hopefuls Hillary Clinton, Bernie Sanders and Donald Trump all expressed concerns about the deal. In Europe, a growing number of small and medium-sized businesses (SMEs) – which, according to the EU, would be the main beneficiaries of TTIP – are joining coalitions opposed to TTIP and raising concerns, in Germany, Austria or the UK, that an agreement would discriminate against SMEs. Public resistance has been successful in slowing down the negotiating process, and the latest leak might very well prove to be the TTIP’s coup de grâce. Thus, let’s seize the day and bury this deal forever – and may that be the beginning of a wider counter-offensive against the self-serving elite that has taken our continent hostage.