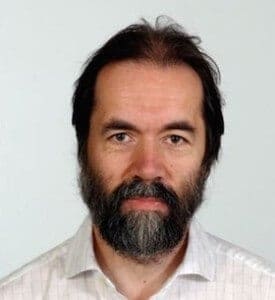 At first sight the negotiations between Greece and the Troika seem to be simply a battle about resources: how much of the pie that is Greek national income their creditors should receive. There have been many similar types of battle over the years – what makes this one unusual is that the creditors have a unique weapon on their side. With primary surplus approximately achieved, Greece’s bargaining position would normally be extremely strong. The Eurozone creditors would be desperate to salvage what they could from their foolish decision to effectively buy some privately owned Greek government debt. The only reason the Troika is able to call the shots is that it can threaten to eject Greece from the Eurozone. [1]

Part of the deliberate mystification that goes on here is to present Eurozone exit as if it somehow automatically follows if there is a Greek default. But of course Greece has already defaulted, and it remains in the Eurozone. Greece wants to remain in the Eurozone. What will stop them if they do default will be a run on their banks, and a refusal of the lender of last resort for their banks – the ECB – to act in that capacity. Again this will be presented by the ECB as inevitable given the ECB’s own rules. But as Karl Whelan points out, the ECB in reality has considerable discretion, and it has been using that discretion in its role as part of the Troika.

Still, even if the sides are a little unequal in their power, is it still just a battle over resources? One side advocates left wing/populist/humanitarian policies and the other side policies that are more of the consensus/neoliberal/tough variety. [2] One side has suffered a massive fall in GDP partly as a result of previous agreements, while the other is negotiating over what is to them peanuts. So there is plenty of opportunity to pick sides based on preferences. Both sides would almost certainly be better off with an agreement, so it also makes sense for people to appeal for flexibility, which is why I signed this letter.

But to pick sides, or to call for flexibility from both, misses the main point. Yes, this is a battle over resources, but it is a battle where one side is using its power to pursue a policy that is very short-sighted, involving incredible hubris, and which is ultimately self defeating. The Troika are not acting in the long term interests of those they represent. This is I believe what Amartya Sen was saying when he compared these negotiations to the Versailles agreement.

The most obvious example of this are the Troika’s continuing demands for positive primary surpluses and the austerity measures required to achieve them. This is just stupid. It continues to waste large amounts of valuable resources, as well as inflicting real suffering. It certainly is not in the interests of Greece, but it is almost certainly not in the interests of the creditors either. If you shrink the pie, you are less likely to get the amount of pie you have a claim to. (Martin Sandbu goes through the maths here.) It is disgraceful that key parts of the IMF play along (or worse) with this. In the past I have described how heterogeneous the IMF is, but taking absolutely no notice of what your own research department says about austerity is crazy. Ambrose Evans-Pritchard talks about the Fund’s own credibility and long-term survival being at stake. Keynes, who helped found the organisation, would be turning in his grave.

What about all the reforms that the Troika is insisting on? It is tempting to look at each in turn, and apply our economics expertise to come to an evaluation. If a reform demanded by the Troika might tend to increase the long run pie, then perhaps they are right to insist on it. This neglects one small issue: democracy. The Greek people have elected a government with a mandate. The Troika appear to be acting as if this is neither here nor there, and that is deeply worrying, at least to those of us who are very weary of yet further economic and political integration. (For those who have that integration as their ultimate goal, Greece can be seen as an annoying obstacle that should be thrown aside. [3])

The hubris of the Troika is incredible. They have convinced themselves that they must override the democratic wishes of the Greek people because the Troika have the wisdom about what is good for the Greek economy. This is the same body that with its superior wisdom prevented full default, and imposed ridiculously strong austerity on Greece and crashed the economy as a direct result. To cover up these errors they play to stories in the media about the lazy and privileged Greek people, stories that largely disintegrate when confronted with evidence. Now they shrug their shoulders and say I have to keep on the same disastrous path because my electorate gives me no choice!

Amartya Sen is right. This is our Versailles treaty moment. It could be so very different. No doubt some of Syriza’s mandate may be unwise, but their own economists may recognise that and welcome the excuse to shelve them. The Troika and Syriza’s negotiating team could be cooperating in that endeavour, but I’m pretty sure that is not what is happening. On austerity the priority of the Troika should be to eliminate the Greek output gap, which means in the short term less rather than more austerity. This would not just be in the interest of the Greek people but also the interests of the rest of the Eurozone.

[1] This is why I think these negotiations are less like bargaining over a mutually beneficial exchange (rolling over lending in exchange for reforms), and more like a discussion with a mugger over which of your personal possessions you hand over.

[2] Or add any other description you prefer – my point is that they differ and people have strong views about them both in principle and practice, and therefore pick sides accordingly.

[3, postscript] Karl Whelan shows here that Giavazzi’s piece is as grounded in facts as some other FT op-eds.