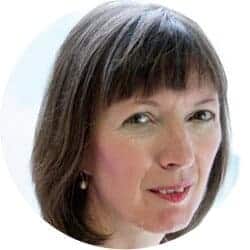 On June 23 Britain has a choice, to leave or to remain as a member of the European Union. Polling indicates that it will be a tight race. But also that a lot of women, almost twice as many as men, are undecided. These women could determine the fate of economic prosperity and social progress in the UK and rest of Europe. But also of their own rights and protections at work.

The EU underpins significant improvements in the rights of women at work – not only in Britain but also in Sweden – rights that the European trade union movement has fought hard for. EU legislation and case law have extended rights to equal pay and strengthened protection from sex discrimination. It has improved the treatment of pregnant women and new mothers in the workplace and introduced new entitlements for parents to take time off. Anti-discrimination laws have guaranteed equal treatment of part-time, fixed-term and agency work – jobs dominated by women – with full-time permanent employees. Many British women also benefited from basic rights, like paid holiday, that were introduced at EU level. 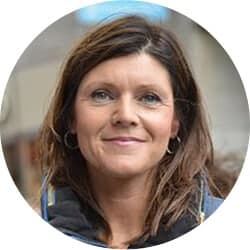 A Brexit would risk undermining these rights and protections and British women would not benefit from any future gains if the UK left the EU. For example, consultation with trade unions and employers has just begun at EU level on a new package of rights to improve work/life balance, including proposals for flexible working hours and stronger protections from dismissal for new mothers (and fathers!) Also, new EU legislative initiatives are planned to deal with musculoskeletal conditions and exposure to carcinogens at the workplace.

A Brexit would also constitute a severe blow to the protection offered to workers in the rest of the EU. If one country leaves the Union there is obviously a risk that others will start questioning their own membership. Moreover, everyone from the IMF to trade union economists are warning that it would lead to serious economic damage at both regional and global level.

Britain leaving the EU would mean that Swedish people and trade unions would lose their allies in the fight to improve trade deals, protect the interests of working people outside the Eurozone and calling for an EU budget fit for the 21st century that benefits workers and their communities.

Sweden and the rest of the EU need the UK to remain, but the UK also needs the EU. There are no alternatives to such a developed cross-border cooperation in order to face common challenges like employment, growth and social progress. And we need to work together to make a better Europe. For several years, the EU and its member states have used the wrong policies for dealing with the economic and unemployment crisis. Fundamental social and workers’ rights have been undermined and inequalities widened. We want to see that reversed.

There is a need for major investments in more jobs and better working conditions, for strengthened social dialogue, for equal treatment of all workers, regardless of nationality or gender. The EU needs a strong gender equality strategy, pushing its member states to implement policies that promotes women’s participation on the labour market. That would give the EU a much-needed significant boost in growth and productivity.

The EU needs a positive vision of reform. We believe the UK can, together with Sweden, play a central part in that vision. But for that to happen, the UK needs to stay at the negotiating table.

The interests of working people should be right at the heart of the debate over the referendum. Working women especially should engage and speak up, taking responsibility for the future of the country, for Europe and for their own rights and protections at work. And vote to remain.

Frances O'Grady has been TUC General Secretary since January 2013, the first woman ever to hold this post. Eva Nordmark has been President of the Swedish Confederation of Professional Employees (TCO) since 2011. She is also a former chair of the union SKTF (now Vision 2011) and Social Democrat MP between 1995 and 1998.