The world made some progress in 2022 on climate change and protecting nature but entrenched interests remain to be overcome.

The past year was tumultuous in many ways. While climate-related shocks became even more prevalent and severe, Russia’s invasion of Ukraine triggered a global energy crisis, which continues to affect millions of people’s lives and livelihoods. Following that shock, unprecedented heatwaves across Europe, Asia and north America and then devastating flooding in Pakistan highlighted the urgency of reducing our fossil-fuel dependency and reshaping our energy systems.

Fortunately, other big developments in 2022 offered grounds for hope. The passage in the United States of the Inflation Reduction Act—the largest emissions-reduction investment in the country’s history—is a landmark achievement. Historically, the US has been the world’s biggest carbon polluter and one of the biggest laggards in international fora. But the act should put it on a course to reduce its own emissions sharply, which will help drive down the prices of renewable energy around the world. Many emerging markets and developing countries will have a chance to leapfrog past coal-fired power plants.

Yes, fossil-fuel lobbyists are pushing governments in Africa and elsewhere to invest in natural gas in response to the energy crisis. Many newly planned projects would be ‘carbon bombs’, which would emit more than one billion tons of carbon dioxide over their lifetimes. But the climate movement has wasted no time in calling out these efforts and in denouncing the ‘dash for gas’ in Africa.

As a result, the East African Crude Oil Pipeline (EACOP) has suffered setback after setback. With 22 commercial banks and insurers pulling out of the project, the StopEACOP campaign was gaining momentum ahead of the United Nations climate-change conference (COP27) in November, where it drove the message home.

COP27 was a major moment for the climate movement in 2022. Although the host country, Egypt, offered little civic space to mobilise, organisations adapted by working through existing global networks and coalitions to push for more meaningful decarbonisation commitments, human-rights protections and financing.

In the end, the conference produced an agreement to establish a separate global fund to compensate vulnerable countries for climate-related ‘loss and damage’. Given that advanced economies had long refused even to discuss the issue, this is a huge win—one driven by frontline activists and spokespeople from across the global south. But the summit’s final agreement did not include any specific language about the need to phase out fossil fuels.

Finally, other positive climate-policy developments in 2022 included the launch of Just Energy Transition Partnerships in Indonesia, South Africa and Vietnam. With the goal of helping countries leapfrog past fossil fuels, JETPs—if done right—could be game-changers in the global transition to renewable energy.

The international community also did more to protect nature in 2022. As the year drew to a close, governments at the UN biodiversity conference (COP15) adopted the Kunming-Montreal Post-2020 Global Biodiversity Framework—a deal which many observers are likening to the landmark 2015 Paris climate agreement. With a commitment to protect 30 per cent of all land and sea areas by 2030, the framework opens a new chapter, following the collective failure to meet any of the Aichi biodiversity targets for 2020.

Governments and other stakeholders are finally recognising that climate change and biodiversity loss are inextricably linked. Rainforests and mangroves are not just habitats for millions of species. They are also crucial for slowing the pace of global heating, because they absorb and store vast amounts of carbon dioxide. Scientists have shown that conservation, ecosystem restoration and better management of natural areas could contribute over one-third of the emissions reductions that we need by 2030. More to the point, there simply is no way to keep temperatures within 1.5C of pre-industrial levels without reversing the decline of nature.

The COP15 deal also explicitly recognises that indigenous peoples are central to protecting nature and it calls on rich countries to mobilise $30 billion per year in biodiversity financing for developing countries by 2030.

But setting targets is merely the first step. We must move at an unprecedented pace to restore biodiversity and halt global heating. That means remaining alert to vested interests’ efforts to block progress and pushing back against false solutions—such as carbon offsetting, nuclear energy and hydraulic fracking. Restoring nature must not come at the expense of local communities. To create and nurture a healthier relationship with the environment, we should take our cues from indigenous peoples.

Outside of UN conferences and corporate boardrooms, a quiet revolution is gathering speed. Those demanding more financing for locally owned renewable-energy systems are piercing through the longstanding barriers and refusing to be marginalised. They are building a new consensus and making clear that matters of climate justice are non-negotiable.

I consider this quiet revolution to be one of the most exciting things that has happened over the past decade. The cyclical interplay of progress and retrogression is an enduring feature of policy-making—and of nature itself. The inevitable slumps must be met not with despair but with hope for the next upswing. While the 2022 energy crisis created a new pretext for those advocating greater investment in fossil fuels, such investments are rapidly becoming financial losers, because renewables are becoming cheaper than fossil fuels.

Around the world, communities, towns, cities and regions are experimenting with creative climate solutions. We must identify the ones that work, mobilise support for them and scale them up. That is how we shall launch the decisive next phase of the decades-long fight against climate change and environmental destruction. 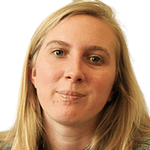 May Boeve is executive director of 350.org.