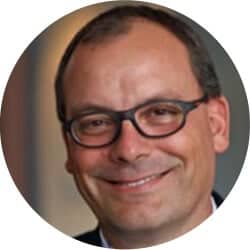 The response to the Great Recession from European social democratic/centre-left parties, with some notable exceptions like Portugal’s, was largely to implement the austerity policies of the right: they bailed out the banks and the bondholders, and they tightened fiscal policies and supported loose monetary ones. The economic and political consequences of these policies have been disastrous, particularly for Southern Europe: they led to brutal recessions that have left many of our countries in shambles, with deepening inequalities, increasing political instability, and a pervasive sense of fear and loss of hope about the future. These have led to the electoral defeats of centre-left parties and fueled the rise of populism all over Europe.

The biggest mistake, of course, was the acceptance and implementation of austerity, which turned social democratic governments into reactionaries. Centre-left politicians, convinced that elections were won from the centre, obsessed with a mission to prove that they could also be fiscally responsible, incapable of joining forces at EU level to counter Germany’s dogmatism, and complacent because they felt that leftist voters had no alternatives, jumped eagerly onto the austerity bandwagon, in some cases even doubling down to prove their bona fides to the markets, with all the consequences our countries will suffer from for years to come.

The problem, however, is that despite this debacle the left does not seem to be undergoing a process of renewal. We are missing a formulation of new policies and alternatives that challenge the dominant neoliberal paradigm.

There are structural reasons for the decline of social-democratic/centre-left parties and unions: workforces are less unionized, and traditional class identities and party systems have eroded. Furthermore, most of the current problems preceded the crisis. Indeed, the relative stagnation of real incomes among the working and middle classes; falling living standards; the decline of social mobility; the increase in employment insecurity driven by technological changes and the liberalization of trade and financial markets; and the cultural and social upheaval wrought by immigration, these all started decades before the Great Recession. The centre-left, however, minimized these problems and failed to come up with policies to address them effectively.

If centre-left parties want to arrest their decline and confront effectively the rise of populism, they need to find a way forward that addresses the concerns of a broad middle-class: acknowledging their justified fears and anxieties and making them the starting point of their policy initiatives rather than an afterthought. They either return to their Keynesian roots and offer hope and solutions to the young and their own traditional voters, or the populist parties will and they will be left out on the margins.

Rather than blindly supporting fiscal austerity and free trade agreements, which have hurt their core traditional constituencies, progressive governments need to find the right mix of monetary and fiscal policies, support public sector investment, and lower taxes to the middle class to encourage greater consumption. They also need to reform their tax and welfare systems to encourage a fairer distribution of wealth and reduce inequality, as well as invest in infrastructure and in their communities; implement industrial policies that help diversify our economies as well as apply labor standards that protect our workers, even if we need to change our trade rules; and enforce financial regulations that prevent the damage caused by short-term capital flows. Finally, they need to rethink how we educate and train our workforce to meet the demands of the future.

And they need to accept that many of the solutions need to be implemented at the European level. The constraints imposed by EU rules are central to understand the predicament of centre-left parties because Eurozone members must abide by a plethora of strict fiscal rules that constrain national policies and have forced centre-left parties to worship at the altar of budgetary restraint and competitiveness to satisfy their Eurozone masters (as well as financial markets), often at the expense of social policies and their citizens’. Right now, for any country to escape the fiscal straitjacket of the Growth & Stability Pact, the only real option is to leave the euro. That is the solution offered by extremist parties. Rather, what we need is more fiscal flexibility and a Eurozone-wide investment plan funded by Eurobonds. While this is now opposed by Germany, centre-left parties need to find a way to come together and counter this rigid stance.

Moreover, centre-left leaders need to acknowledge that while globalization may be blamed, it cannot be wished away. They need to accept that the world is different: the combination of factors that enabled global growth and expanded globalization have weakened, trust in governments and institutions has largely evaporated, the national social compacts that supported welfare states and trade openness have eroded, and consensus around immigration and free trade has come undone. Indeed, the recent crisis has brought to the fore the imbalances between globalization and the power of national governments, and it has showcased the strong links between money and politics along with the negative effects of trade agreements that have been written largely for the benefits of corporations. That needs to change. The benefits of globalization must be fairly distributed, corporations and the wealthy need to pay their fair share of taxes, and policies need to be developed to cushion the social upheaval.

The centre-left has not died but it needs to build a new coalition to reinvent and re-energize itself. Populists feed on pessimism. In order to deal with the splintering of its traditional support base and confront the rise of populism, the centre-left should come up with an optimistic narrative that focuses on opportunities to address the fears of the day, while offering real solutions to citizens’ problems. This should start with a rejection of austerity in favor of investment economics, as well as growing European economic cooperation and solidarity. There is no easy blueprint to rebuild trust but it is urgent that this process starts. The future of our liberal democracies is at stake.

Sebastían Royo is a Professor of Government and Acting Provost at Suffolk University in Boston, USA. Royo's articles and reviews on comparative politics have appeared in Comparative Political Studies, European Journal of Industrial Relations, PS: Political Science and Politics, West European Politics, South European Society and Politics, Democratization, Mediterranean Quarterly, SELA, FP, Perspectives on Politics, and other publications. His books include From Social Democracy to Neoliberalism: The Consequences of Party Hegemony in Spain, 1982-1996 (2000) and A New Century of Corporatism? Corporatism in Southern Europe: Spain and Portugal in Comparative Perspective (2002).