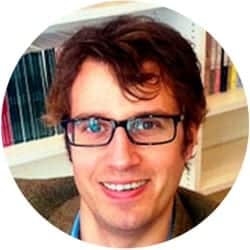 This maxim – variously attributed to Winston Churchill, Benjamin Disraeli and Victor Hugo, among others – neatly captures the common notion that to be on the left of the political spectrum is to be young and idealistic, while to be on the right is to be older and more pragmatic. But is there any evidence for this?

These age-based patterns of political support have been remarkably constant over the post-war period. But exactly what causes these patterns is less clear.

There are two main possibilities. The first is that, as the quote above suggests, people become more likely to vote Conservative as they get older. This could be because the ageing process makes people more conservative (with a small c), or because older people have different lifestyles, and therefore different priorities when voting.

But it’s also possible that it’s not a person’s age that is important, but rather which generation they belong to. Older generations of voters, who were brought up in different circumstances to younger voters, could vote differently as a result.

It is also partially due to the fact that younger generations have been brought up in a more socially liberal world. When my parents first voted in the 1960s, homosexuality was illegal, abortion was largely illegal, the death penalty was still in force and openly racist attitudes were widely acceptable. Now, when my students voted this year for the first time, the death penalty is a distant memory, abortion rights are firmly entrenched, gay marriage is legal and accusing someone of racism is regarded as the ultimate end-of-argument put down.

This process of generational replacement could be very important, because it implies that right-wing parties are fighting against “the tide of history”. On this argument, the Conservative electorate is effectively dying out.

It is very difficult to tell whether it is getting older, or being born at a certain time, that causes people to have different political preferences. One way to go about it is to track the same people over time, observe how their political preferences change and then compare those changes to the results of different elections.

This is the approach I took in our 2014 study. By taking the average of seven different groups of several thousand people each over time – covering most periods between general elections since the 1960s – we found that the maximum possible ageing effect averages out at a 0.38% increase in Conservative voters per year. The minimum possible ageing effect was only somewhat lower, at 0.32% per year.

This may not sound like a massive effect, but over the course of a lifetime these increments do add up. Even if only the minimum estimate is correct, the difference between 20 and 80-year-olds is nearly 20 percentage points. This means that our estimate of ageing effects precisely explains the 19-point difference between the percentage of 20 and 80-year-olds who voted Conservative in the 1997 election.

Explanations of electoral change based on generational shifts may be neat, but they are not necessarily accurate. Our scepticism about them is reinforced by the fact that social liberalism has not historically been a very strong predictor of vote choice in Britain. It is also more weakly related to age than one might imagine: social class, education and religiosity are also important predictors of these attitudes.

Old and young people who are similarly social liberal are often quite dissimilar with regards to their party choice. This may be changing due to the emergence of UKIP and the likely moves by the Labour party under Jeremy Corbyn to embrace protest movements of the “new left”. But for the moment, vote choices appear largely driven by ageing, not generational, effects.

This means that the Conservatives probably shouldn’t be too worried about their support base thinning out and being replaced by younger, less conservative generations. If history repeats itself, then as people get older they will turn to the Conservatives. Our evidence suggests that this is probably not due to “social ageing” (getting married, having children or an increasing income), but rather to the direct psychological processes of ageing that tend to make people more resistant to change. This, in turn, makes people gravitate towards parties that defend the status quo.

All this is good news for the Conservatives. The population as a whole is getting older, after all. What’s more, older people are more likely to vote than younger people. Looking to the future, politicians of the right should perhaps worry less about appealing to younger voters, in the hope that they’ll stick with the same party as they age. Instead, the main concern should be ensuring the continued loyalty of their older voters.

This column was first published by The Conversation.

James Tilley is Professor of Politics at the University of Oxford.