Europe needs to step up its fight against money-laundering.

The former United States president, Donald Trump, will probably not actually be remembered for ‘draining the swamp’: fighting corruption never seemed a priority for his administration. Yet in 2017 he signed executive order 13818, banishing Dan Gertler and his business empire from the US economic arena, for violating human rights and corrupting foreign public officials such as to threaten ‘the stability of international political and economic systems’.

Under the Global Magnitsky Human Rights Accountability Act, the US administration can impose far-reaching economic sanctions against foreign individuals who commit serious human-rights abuses or acts of corruption abroad and so-called Magnitsky sanctions have severe consequences. Sanctioned individuals cannot enter US territory nor gain access to their capital under US jurisdiction and no person or business enterprise subject to US laws can conduct business with them.

Most importantly, sanctioned persons are effectively cut off from the US currency system. Given the dollar’s global predominance, being unable to trade in it should put any transnational company out of business.

Gertler was however able to continue doing business—despite the Magnitsky sanctions. As an explosive joint report by Global Witness and the Platform for the Protection of Whistleblowers in Africa revealed, he managed to set up an international money-laundering network, involving Congolese, Israeli and European individuals and companies.

Who is Dan Gertler? The US Treasury Department reports:

Dan Gertler (Gertler) is an international businessman and billionaire who has amassed his fortune through hundreds of millions of dollars’ worth of opaque and corrupt mining and oil deals in the Democratic Republic of the Congo (DRC). Gertler has used his close friendship with DRC President Joseph Kabila to act as a middleman for mining asset sales in the DRC, requiring some multinational companies to go through Gertler to do business with the Congolese state. As a result, between 2010 and 2012 alone, the DRC reportedly lost over $1.36 billion in revenues from the under-pricing of mining assets that were sold to offshore companies linked to Gertler … In 2013, Gertler sold to the DRC government for $150 million the rights to an oil block that Gertler purchased from the government for just $500,000, a loss of $149.5 million in potential revenue.

Indeed, Gertler is known as the gatekeeper to Congo’s mineral wealth. Civil-society organisations and journalists have reported for years on his corrupt deals involving Congolese mineral assets, which made him billions and cost the DRC even more in public revenue. In a country in which natural-resource exports constitute the main source of public income—while 72 per cent of the population live on less than $1.90 a day—the tragic consequences of Gertler’s activities can hardly be overstated.

In a letter addressed to the EU high representative for foreign affairs and security policy, Josep Borrell Fontelles, published on February 5th, 42 MEPs warned: ‘Dan Gertler’s case is emblematic, because it demonstrates how the EU is becoming, de facto, a safe haven for corrupt funds and demonstrates the urgency to strengthen European measures taken against such individuals.’ It was imperative, they said, that the EU ensure that its institutions, as well as the common currency, not allow economic crimes which harm the DRC, by facilitating or contributing to transactions benefiting Gertler and his associates.

The letter followed the adoption in December of EU Council Regulation 2020/1998, on restrictive measures against serious human-rights violations and abuses—the European equivalent of the Magnitsky act. The regulation allows economic sanctions to be imposed for reasons of genocide, crimes against humanity and serious human-rights abuses. Unlike its US counterpart, however, it does not list corruption among these premises. The letter to Borrell Fontelles thus queried how cases such as that of Gertler could be addressed under EU law.

The Gertler affair is unfortunately just another case where European businesses and financial institutions find themselves at the centre of a money-laundering scandal involving stolen revenue from developing countries. Another recent money-laundering affair with strong ties to Europe is that of the Malaysian state-owned company 1MDB.

Cases such as this illustrate that Europe still has a long way to go in the fight against money-laundering. Significantly, it needs to address money-laundering as a crime in itself and not merely as a by-product of human-rights violations.

As for Gertler, the Trump administration used its last week in power to walk back the sanctions against him. Let’s hope Joe Biden’s administration will listen to the calls of civil-society organisations, such as Human Rights Watch and Oxfam, and reinstate them. 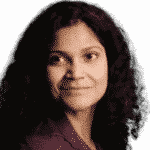 Lys Kulamadayil is an SNSF postdoctoral researcher at the Amsterdam Centre for International Law and a visiting fellow at the Global Governance Centre at the Graduate Institute Geneva.