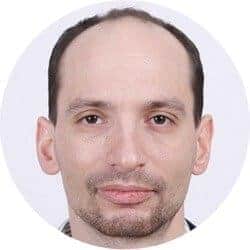 In many ways, 2017 will be just another pre-election year in Hungary. Still riding high in almost every opinion poll, the ruling Fidesz party has plenty of breathing space to prepare for its third consecutive electoral victory in 2018. After the post-crisis years of turmoil, the economy seems to be finding renewed momentum, mostly driven by an influx of EU funds and rock-bottom interest rates. Even the fiscal outlook appears healthy, allowing the government to distribute some pre-electoral goodies (VAT cuts, corporate tax cuts, end-of-year pension top-ups, among others). Further rounds of tax cuts in the second half of the year also can’t be ruled out, pushing Hungary ever closer to the status of a European tax haven as far as corporations are concerned.

Being Viktor Orban’s Hungary, however, the next year will be anything but normal. In its desperate quest to break out of its electoral malaise, the fragmented left-wing opposition is looking for new ways to challenge Orban’s iron grip on power. Under the most likely scenario, they will attempt to bury their ghosts by organising electoral primaries for the first time in the country’s democratic history.

Though the largest opposition party, MSZP, continues to present itself as the natural leader of the Left with an unalienable right to nominate a prime ministerial candidate that the smaller parties should line up with, this bullet will be too tough to bite for many, especially after the fiasco of 2014. Instead, the smaller parties – including ex-PM Ferenc Gyurcsany’s Democratic Coalition as well as some smaller parties mostly restricted to the insular circles of the liberal intelligentsia – are likely to push for pre-elections, hoping to increase their visibility and political leverage, as a result.

According to some rumours, however, a more grotesque political plot is about to unfold. Some MSZP leaders are secretly contemplating a form of “technical” electoral cooperation with the far-right Jobbik party under the unspoken strategy of doing everything possible to dethrone Orban. Encouraged by a number of successful by-elections in 2015 and 2016, where MSZP and Jobbik voters showed a surprisingly high propensity to vote strategically for their supposed archenemies in order to defeat the local Fidesz candidate, this plan, albeit without official endorsement by either side, may now be repeated on a national scale. In this spirit, Jobbik appears to be continuing its trajectory of moderation, hoping to defang its radical fringes and expand its electoral base in the process. Among other symbolic gestures, it is trying hard to distance itself from its anti-Semitic past with party leader Gabor Vona sending a high-profile Hanukkah greeting to one of the well-known Jewish Rabbis in Budapest.

With the migration crisis (temporarily) off the political agenda, the government is likely to focus on the manoeuvrings of its political challengers and stigmatise them whenever possible. Billboards have already sprung up across the country, depicting Ferenc Gyurcsany and Gabor Vona as jointly responsible for October’s referendum on EU migrant quotas, which failed to pass the required turnout threshold. This grand narrative of the post-communist left and the far-right secretly conspiring against Fidesz, the true champion of the national cause, is likely to reemerge in the second half of the year as the electoral campaign draws nearer.

In the meantime, the most vexing issues facing the country won’t go away. Despite recent concessions, the overly centralised and underfunded education system, oriented towards the principles of authority and encyclopedic knowledge rather than modern and flexible problem-solving skills, is likely to put further strain on the country’s future human capital potential even as the brain drain toward the West continues. The results from the latest Programme for International Student Assessment (PISA) underscored the severity of the problem, which is likely to serve as a tangible reference point for opposition to the government’s education policy.

Education is just one of the many weak spots on the government’s record. Healthcare and other social sectors are also struggling under severe budgetary restrictions and perverse incentives. The most irksome aspect of all to its critics, however, is that the government shows neither the will nor the capacity to rein in its excesses when it comes to cronyism and corruption.

Critics note that with inequality and poverty reaching record high levels in Hungary, egregious cases of wealth accumulation among the closest circles of government members and their allies have failed to be investigated and punished (see details from one of the government’s most vocal critics here). Though the government has unprecedented control over the political agenda through its use of state media as well as the concentration of private media in the hands of its closest allies, the growing number of unsettled corruption cases will likely be the most serious threat to Orban’s unchallenged rule in 2017.

Abel Bojar is LSE Fellow in Political Economy of Europe at the LSE’s European Institute.