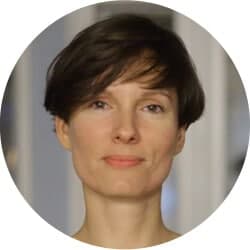 Poland, along with other central European countries, has been dealing with several problems concerning integration of immigrants and refugees: their invisibility, reluctance of governments to tackle migration and implement integration policies, ceding responsibility for supporting migrants to the third sector and cutting funds for measures to help them integrate. Opportunities, however, seem to rise at the municipal level.

The fact that Poland has been becoming an ‘immigration state’ has not been acknowledged officially nor debated. The notion of ‘homogeneity’ within Polish society after WWII has been strict and resulted in an inability to see and discuss the changing dynamics of Polish demography. Even so, immigrants make up less than 2% of Polish society of 38 million.

But Poland has been changing: since the 1990s over 120,000 refugees have registered in Poland, and 13,000 refugees came in 2015 alone – mainly from Russia (Chechnya), Ukraine and Tajikistan. This shows how political / ideological the resistance of the Polish government to accept the EU quota of 7000 refugees has been! Nevertheless, owing to this lack of viable migration and integration policies at the level of the state, most of the refugees have left Poland. One could ask – how could they not leave Poland if no integration tools have been put in place? In consequence, less than 4000 of those seeking international protection have stayed and found a home in Poland.

Despite inadequate statistics (showing only 230,000 registered foreigners in Poland), many researchers say there are close to a million Ukrainian immigrants alone in Poland. Apart from the dominant Ukrainian diaspora, there are big communities of Russians, Belarusians, Vietnamese and Chinese among others as well.

How has society been managing this new diversity? Without government policies to address rising integration challenges the work has been ceded to the third sector. Most NGO workers would agree that they have been left alone with expectations beyond the regular responsibility any NGO could or should handle. Lack of systematic integration and public institutions’ incompetence in delivering services to migrants make NGOs the only safe address for a refugee or immigrant. Migrants tend to ask for information or help in every possible aspect, from legal and job/house-seeking advice to language courses etc.

NGOs have been treated rather instrumentally by both the state and local authorities. Public institutions need to use the social sector’s expertise and dedication in dealing with their responsibilities and crisis situations, e.g. within Individual Integration Programs for refugees When a relationship involving an inevitable ‘taking’ from an NGO takes place, we can speak of ‘good inter-sector cooperation’. But mostly, apart from some rare exceptions, the exchange is not mutual. Just recently, a very renowned NGO providing legal services to refugees had to crowdfund in order to ensure it could sustain its services. Another NGO lost its office after commenting publicly on the lack of integration policy within Gdansk. Other organizations are struggling to make ends meet and keep their office open.

Funding and its distribution is a serious problem. AMIF (Asylum, Migration and Integration Funds) are the only funds set aside for integration despite the fact that they should come on top of the national funds spent by the state. The relationship between the Ministry of Interior (operator of AMIF) and social sector can hardly be called a partnership. The funds have been scarce, and now – with the new government in power – even scarcer. Despite increasing needs, the funds are blocked by the government. Many NGOs struggle to survive.

The biggest cities in Poland do transfer some funds to integration / services addressed to migrants. However, they are hardly ever higher than 20% of an NGO’s yearly budget. Mostly, it seems as if the services delivered to refugees and immigrants should be done quietly and – again – invisibly. The aim probably is not to give the local communities/electorate a feeling of any support for immigration.

Communication with the local Gdansk community on why a Model of Integration is a necessary policy has not been an easy task. In the current political atmosphere and the nationalistic direction that Law and Justice, the ruling party, is driving Poland, more mayors feel they have nothing to lose and can stand up for basic democratic values. This is a chance for civil society and the public sector to work together for a more inclusive and just society, open to migrants.

Marta Siciarek is the Head of Immigrant Support Center, Gdansk, co-coordinator of work on Immigrants Integration Model with Gdansk City Hall and 80 other bodies.